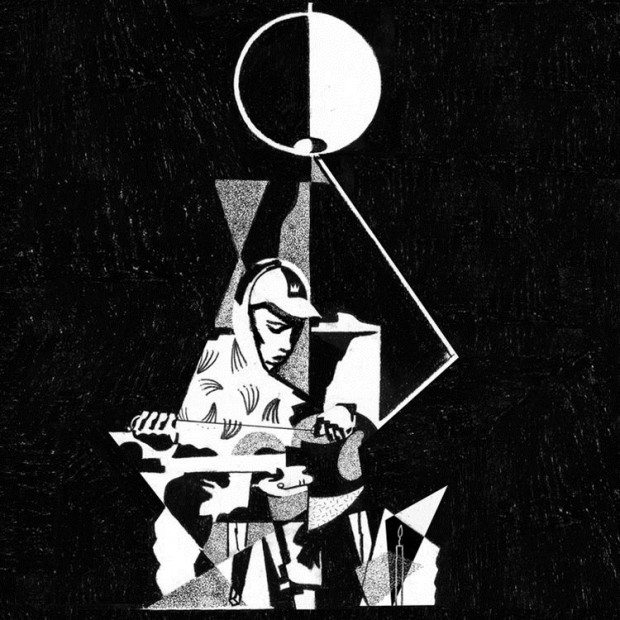 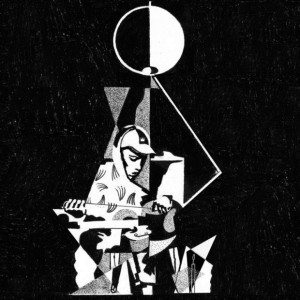 King Krule: 6 Feet Beneath The Moon

Honesty goes a long way; it can turn an alright album into a great one, or a forgettable one into a classic. More importantly, when an artist opens his world to us, we tend to be more likely to invest our own selves into the music, creating a shared bond between the creator and listener. Also, albums where the musician lays themselves emotionally bare are the ones most widely accepted as art (Plastic Ono Band being the first thing that comes to mind). Although I don’t give any of the albums I review a number based rating or score, these are the ones that simply can’t be given one, as they must exist as creations of man and be embraced with any flaws or errors they may have.

Of course, if we want to be entertained, the artist must also complement this honesty or realness, with other, equally impressive feats; so it’s a good thing that King Krule’s attractive guitar playing and very untraditionally attractive voice make for such a harrowing mixture. So much, in fact, that his songs can, and do, often ride on those two elements alone; case in point being early single “Out Getting Ribs”, featured here in slightly tweaked fashion. It turns out though, that that introduction to this artist’s world was just the tip of the iceberg.

King Krule is London’s Archy Marshall, who previously recorded as Zoo Kid (until he remembered how awesome the Donkey Kong Country games were, I suppose). If you haven’t seen a picture of this dude, I recommend you do so right now, because between his grueling, darkly chilling baritone, boney facial structure and bright red hair — comparable to a young Ron Howard (albeit a tough-as-nails one) — there’s not much else that seems as haphazardly mismatched. After an exciting, self-titled EP and a few tremendous guest spots on releases from Mount Kimbie and Angel Haze, the teenager has released his debut full-length 6 Feet Beneath The Moon, and on his 19th birthday no less!

What’s so surprising and often hypnotic about these 14 tracks is how much diversity is played out among them. For a kid who wrote these songs around or before the time he was even legal, he has a perplexing amount of musical breadth and knowledge. It’s no wonder he has such a boastful aura surrounding him. His baffling range goes from the single ready, mood setting opener “Easy Easy”, to the tropical-tinged “Border Line”, to the falling apart emotional bombast of “Has this Hit?” within the first three songs alone. The record gets even more unpredictable from there though, as Krule chronicles his loss through a lustrous ballad,”Baby Blue”, the stomping, tour-de-force jazz of “A Lizard State” and the suicide-riddled dream piece “Cementality”. He’s also taken a thing or two from both the U.K. bass scene and the L.A. beat scene, and he uses the two to string together a darkly ominous mood that permeates the album in full.

Thanks to his penetrating voice, Archy is well equipped to deal with issues relating to hardship and heartache, and he manages to be pretty convincing no matter what theme he is tackling. His unique flow of singing/rapping feels very stream of consciousness, and although he will occasionally throw us a sour rhyme or a particularly unflattering slur (pussy, fat-bitches), he comes through as sincere. It’s also a good thing that his voice is always up front and center, because even after countless listens, its idiosyncratic qualities remain the true highlights of 6FBTM. I’ve become mesmerized by how he can at times have so much control over his voice, only to break out into a nearly undecipherable drawl a few measures later. Its like he’s letting his vocal cords hang outside of him and bleed onto his compositions.

Like every teenager should be, King Krule isn’t one to hold back. His compositions are raw and unfiltered in the way only a young artist’s could be, but he’s so much more than that as well. 6 Feet Beneath The Moon may not be for everyone, and it may only be a stepping stone in this artist’s hopefully long and fruitful career, but as it stands now it’s an unflinching portrait of Archy Marshall. The fact that he’s an artist who deserves to be heard just happens to be a huge plus for us.