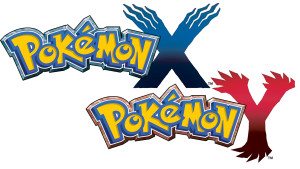 Let me get something out of the way before I get into the meat of this article:

I have not played Pokemon X or Y yet.

I know, I know, it’s sacrilege for me to say that. However, my retail job and general lack of hours there prevent me from getting a 3DS or 2DS and the game. Simply not enough money to go around. Anyway, having talked to friends and family members about the recent installments in the Pokemon franchise it’s obvious to me that the buzz that surrounded the games way back in 1998 has finally returned 15 years later.

Everything I’ve heard about the general storyline of X and Y seems like typical Pokemon fare; you’re a new trainer embarking on your journey to become a Pokemon master, there’s an evil team wanting to change the world in some form for their benefit, you take on gym leaders and the Elite Four, and there are many legendary Pokemon, whether related to the story or not, to capture. The standard endgame is there, with more challenging battles to take on and side quests to complete. However, that’s where the similarities to the last three generations end.

The features that Gamefreak has added to X and Y are things that match the spirit of the game perfectly. Gamefreak has finally added full character customization, allowing you to buy outfits and change your trainer’s hair with in-game currency. You can now use the game’s Wonder Trade function to instantly send one of your Pokemon to another trainer anywhere in the world. While you have no control over the Pokemon you receive in return, it’s perfect for those who don’t have friends to play and trade with. You can also use the Player Search System to battle other trainers worldwide. For the hardcore gamers, you can now “Super Train” your Pokemon to max their EVs (effort values) quicker, gaining bigger stat boosts in a short period of time. The new Pokemon-Amie (pictured below) allows you to develop stronger bonds with your Pokemon, using the bottom touchscreen to pet, feed, and play with them. You can benefit in battle by raising your Pokemon’s affection, as another new feature involves your Pokemon trying harder in battle for you. They can gain a higher critical-hit ratio, dodge attacks, and gain more experience. Gamefreak even added a chance that your Pokemon will shake off status ailments or endure attacks that would otherwise knock them out because they don’t want to disappoint you. As someone who always ends up developing emotional bonds with his team, I can say that for me, these features are very much welcome. 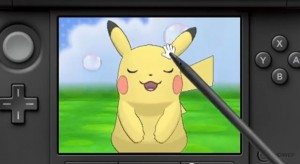 These changes are a breath of fresh air that has been sorely needed as the last few generations of games have felt flat, in my opinion. I recently played through Pokemon Black 2 and felt that there was no challenge to the game at all; I played from start to finish without losing a single battle. Also, the new Pokemon introduced ranged from somewhat refreshing to completely moronic in terms of design. There were new Pokemon in that generation based on ice cream and piles of garbage; the mark of a company that had run out of ideas. This time around, I’m glad that the lion’s share of the effort went to adding cogs and gears as opposed to flashy new Pokemon. Pokemon X and Y marks the fewest additions to the series in terms of number of Pokemon, with only 69 newbies bringing the overall total to 718 species of catchable allies.

I’m sure that come Christmas time, I’ll be able to get my hands on this game, and I can safely say that this is the first time I’ve badly wanted a Pokemon game since Pokemon Crystal came out in 2001. Until then, I’ll be forced to listen to my friends proclaim that this new batch of Pokemon games is the best in a long time, and wind up jealous of them as a result. However, one thing is clear: this franchise is back, and it’s back in a big way. Gamefreak has proven that you can indeed catch lightning in a bottle twice with the same IP.