You are here: Home / LGBT / Why I’m Happy Being Husky, Bearish and Ultimately Content

I am someone who can honestly say, and it is hard to believe this, am proud that I have been an out gay man for 15 years now.  Coming out so young in life (freshman year of high school), I am fortunate enough to have grown up in a conservative area yet never once being bullied or made to feel less than due to my sexuality.  I had the same experience when I went to college in Providence for five years, and even though my experience with the gay world was small it was never on the negative side and I developed some pretty great friends during my time there.  Then I came home to Long Island and New York City and ventured into the gay world here, where things became drastically different for me.

I never saw my size as a hindrance growing up.  What was a hindrance was being gay, not because anyone picked on me for it but because I truly was the only out and proud person in my school and I felt somewhat that i was in this heterosexual bubble that I couldn’t see my way out of.  I needed to be around like minded people which is why I chose a city like Providence as it has a large gay community for such a small city and ultimately state.  Problem for me then became my size, which shortly developed when I came into New York City and realized that your overall look became something to be judged heavily.  This include factors outside of size such as race, cultural background, income and an array of others facets that for someone as young as I was at the time became a bit much for me to handle.  I would walk through Chelsea and Hell’s Kitchen, workout at the local gyms and consistently be surrounded by men I saw as inferior to me and would constantly judge myself compared to them and wonder where I could improve.  The funny thing is, I never did this growing up.  I felt like all of this was making up for lost time as both men and women tend to do these things to an extreme when they are in middle school & high school as this is when insecurities breed on such a higher level as you are stuck with hundreds of other kids on a daily basis.  This time around it was happening in adulthood and I feared that it would send me into a depression if I didn’t get some sort of validation from this community on the point that even if I had a great personality, charming and/or funny, that really it came down to if I was good looking or not.  Sad but true, a good part of the gay world relies on vanity in order to determine friendships, fuck buddies, relationships, and so much more.  Deny it as much as you want, but it is factual.

My weight has spiraled up and down over the years, my lightest I was at 215, heaviest I was at 270.  Now I am somewhere in the middle and can honestly say that I am content with where I am at today.  So what caused this shift in perception seven years after my initial fears were brought to the forefront?  It is simple- you start to realize that all of that chaos that you create in your head is just that.  You hopefully develop a maturity as you go throughout life and realize what is truly important to you and the high school bullshit you thought was vital to your everyday life becomes non-existent.  I am happy that I have never really conformed in this community when it comes to being in an exclusive group, sticking to a particular body size and only dating one body type as that is what turns me on more than anything else.  I hang with people from all sorts of groups, eat more when I want to and date whomever I want to because I hate staying inside the lines. 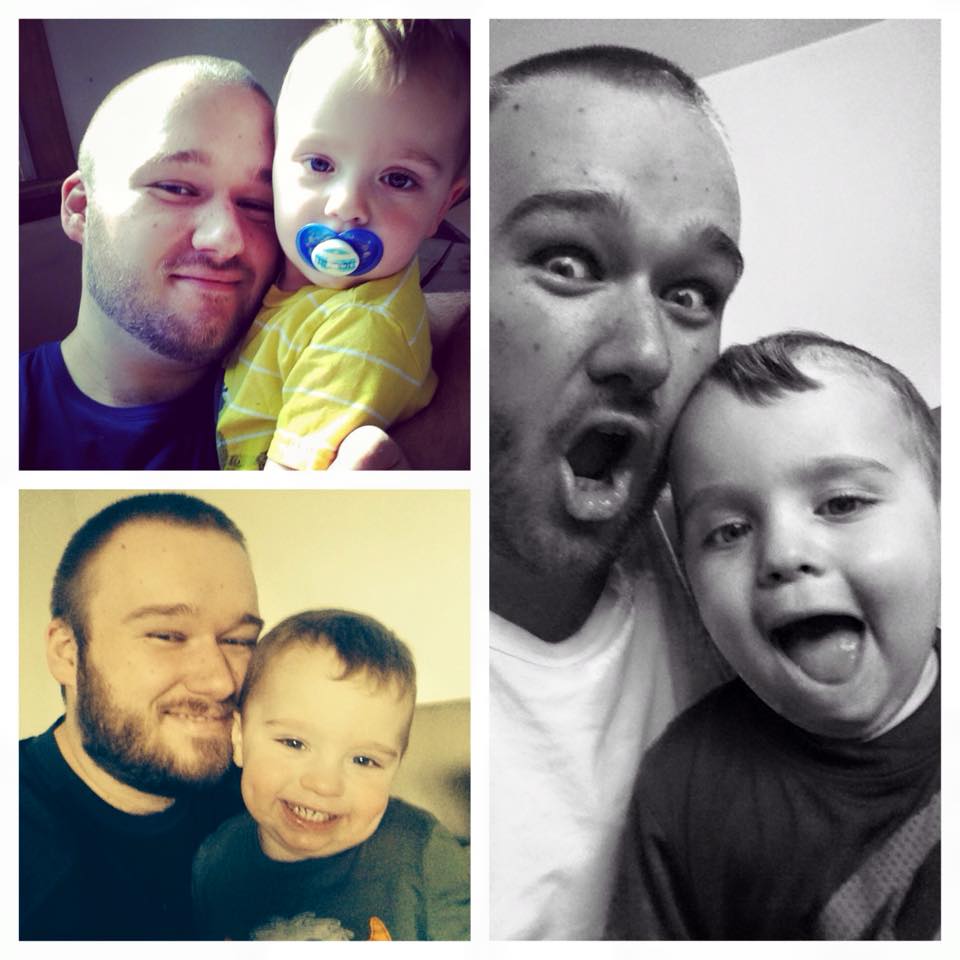 I still deal with the shade that comes with this community, the gossip and some of the negative connotations associated with.  We all do, however I try not to let it get to me anymore as all that is is simply just chatter.  I’m aware of who I am and my worth and that has taken years and years of confidence building and a great support system to understand that.  Even if your situation seems bleak, understand that there is at least one person around you who greatly cares for you regardless.  See the positive, see the glass half.  Like spending time with your adorable nephew (pic above).  That is unconditional love and what is really important in life.