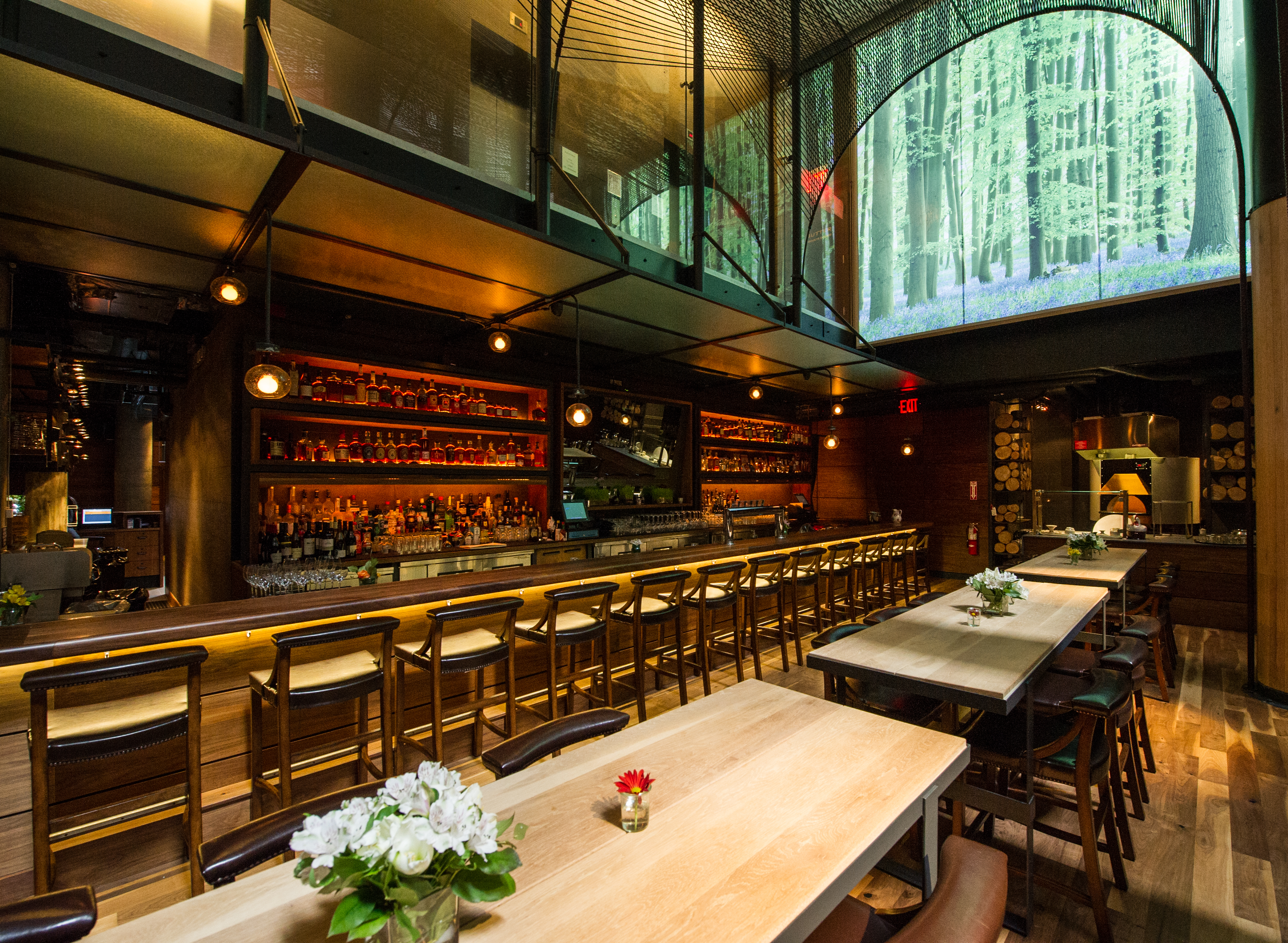 Unless you have been living under a rock for the past couple of years you should know who Alex Guarnaschelli is.  One of the most popular chefs on television today, she rose to fame on the mega-popular Food Network show “Chopped” and has also participated in other big shows on the network such as “Alex’s Day Off” and “The Next Iron Chef” in which she won a little while back.  Poised but stern, she has done a phenomenal job not only on screen but also in her successful restaurant business, most notably her restaurant Butter. Butter, which opened over a year ago and coincidentally is right across the street from my office, has received rave reviews from fans and critics alike since its inception and is a place that I have been dying to review since I heard word of it opening that close to me.  So when I was granted access to try out one of my favorite chef’s, I was giddy with anticipation and scooped up a good friend of mine to see what all the fuss was about.

Although the entrance to Butter is on the main level, the actual restaurant is held downstairs in a spacious and warm setting that is felt throughout.  Although the crowd was mainly business types (although that could have been because of the hour we went) it looks to be opened to much more than that including dinner & drinks with your friends and an overall friendly atmosphere.  Before our meal began we met with chef Michael Jenkins, who has had a relationship with Alex for over ten years now.  Both of them have spearheaded the fantastic and modern menu, which is seasonal throughout the year. 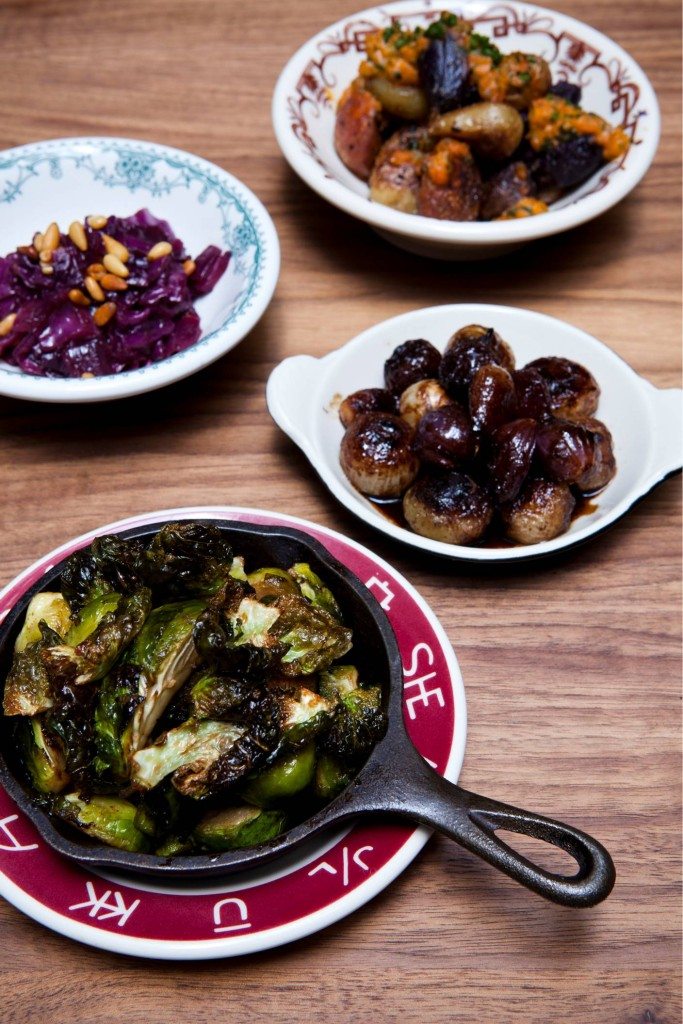 The menu itself is quite impressive with its inventive take on what many people consider to be classic dishes.  A lot of them have flavor depth built inside, which really is the showing of a great chef as opposed to making something that I have tasted at a zillion other restaurants before.  Case and point- their Peas & Carrots Ravioli.  Something as simple as two everyday vegetables stuffed inside a warm ravioli with fresh apple mint, ruby chard and aged pecorino yet when all is put together in one bite is truly spectacular.  The flavor is amazing, and the dish itself is served as an appetizer but can also be ordered as an entree.  I am one to never turn down shrimp, especially if they are jumbo.  So another great starter for me and my friend was the Jumbo Florida Shrimp with a lemon bergamote mayonnaise & toasted coriander.  In my life I never tried shrimp with a specific type of mayonnaise on top, but the lemon bergamote really added a great amount of flavor to the oversized shrimp.  Of all the appetizers that we tried the one that I would highly recommend more than anything is the Homemade Ricotta Crostini with crispy brussel sprouts and aged balsamic.  As someone who has grown into loving the taste of brussel sprouts, I thought it was simply divine how they were able to get such a sharp crisp on them which paired beautifully with the ricotta and balsamic.  A perfect bite to start your meal.

For their large plates, or entrees, the menu itself is a great reminder of how the warmer weather is coming as a lot of these dishes have a Spring-esque vibe to them.  I was served their Grilled Double-Cut Pork Chop with a Collard-Green sauerkraut and spicy pickled mustard seed.  The side that I chose to pair with the pork chop was the Gnocchi Mac N Cheese.  Absolutely delicious on all ends.  The pork chop and Sauerkraut are a great duo and the Gnocchi blended really well with the Mac N Cheese to the point where I forgot I was actually eating Gnocchi.  Really amazing. My friend opted for the Roasted All Natural Chicken Breast with sautéed sunchokes, black truffle butter, aged sherry.  Perfectly cooked chicken and great sides to go along with.  We didn’t have this but something that Michael recommended trying is their Charred White Cloud Califlower, which is a vegetarian dish served as a large entree.  He raved about this so I wanted to put this in for people who want to opt for something a bit lighter and not so meat-heavy.  To finish your meal off, you can go southern and have their Raspberry Beignet’s or a great classic with a twist in their Frozen Toasted Marshmallow Mallomar.   Both are a great end to a fantastic meal.

With Easter right around the corner, Butter will be serving up some delicious and scrumptious meals for Brunch that morning and afternoon to satisfy your midday cravings.  Whether you are looking forward to sipping on a tangy mimosa, or taking that first bite of mouthwatering blackberry French toast, Butter Midtown’s prix fixed Easter Brunch menu and beautiful garden patio offer the perfect ambiance to enjoy Easter Sunday with loved ones. The special menu is also offering brunch favorites with a twist like a Burrata Quiche with oven-roasted tomatoes, wild mushrooms and aged Balsamic and a House Cured Bacon Omelette with fava beans and Challerhocker cheese.  Sounds absolutely delicious to me and should be checked out.