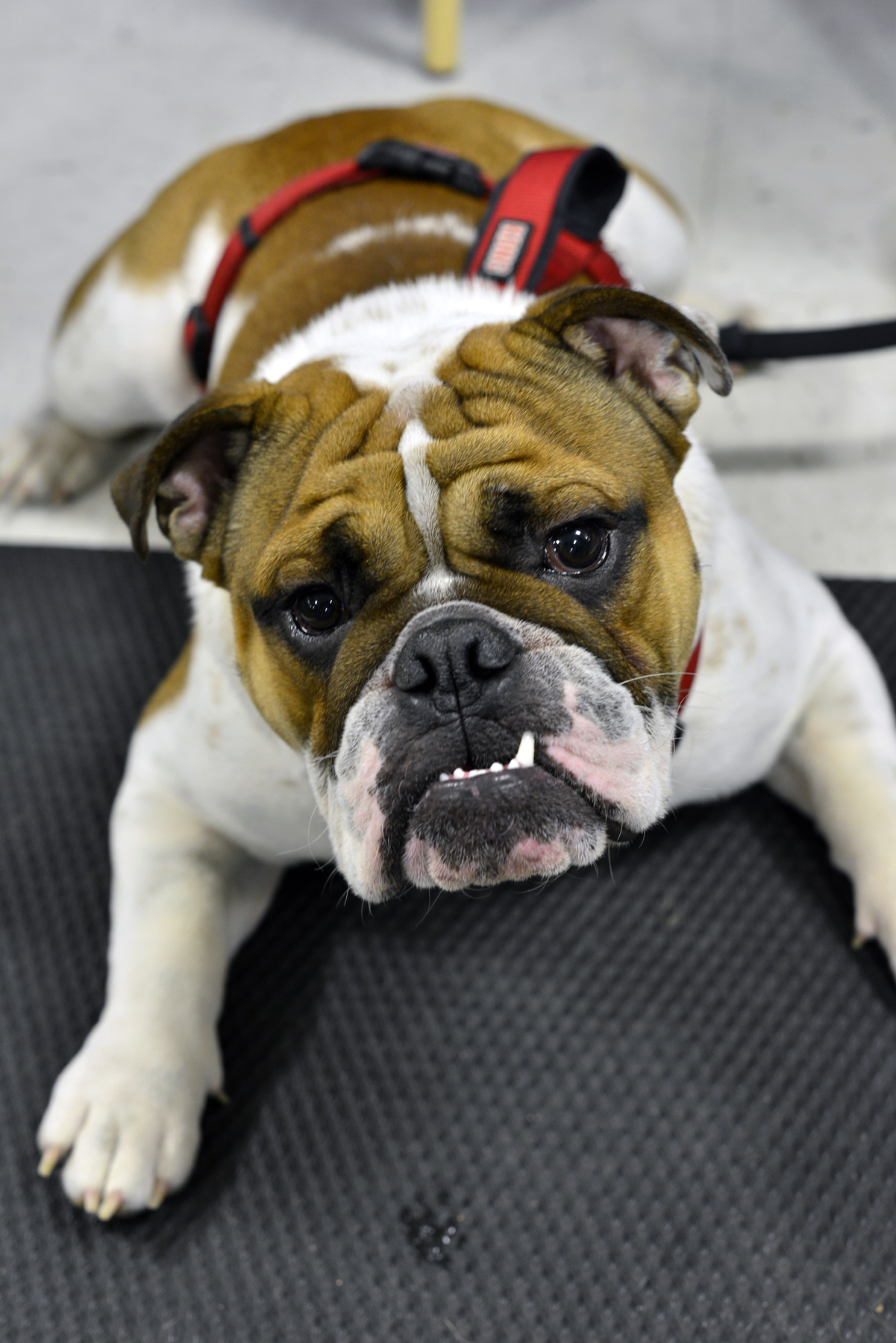 The day I finally got Franco was one of the best days of my life. It was around the end of March in 2012. I wasn’t supposed to get a boy dog. It was by luck that Franco came into my life; the original person who was supposed to have him ended up not getting approved by the breeder. So lucky me I got literally the perfect looking bull dog. He was so handsome, with symmetrical fawn coloring on his face, and a “black mask” around his eyes. The rest of his body was a beautiful mix of both fawn and white.

Franco really was the best puppy. He was so happy, he loved everyone and only minimally tore up our home. But really what he did was bring our family together. My entire families life began to literally revolve around Franco. We coordinated our schedule so we were sure to always have someone home so he didn’t have to be alone (until he got a bit older at least). Once he was big enough he always slept in my bed, and if I couldn’t be home for the night then he would sleep with “Big Mama & Papa” where he would lick everyone to sleep! When we were with friends we were always showing pictures of him like he was a new born baby, because in our eyes he was cuter! He was the center of everyone’s conversation and of course the center of my Facebook News Feed!

Franco became a hit with all of my Facebook friends too. I had people who would tell me that they always looked forward to the “FRANCO PIC OF THE DAY”. He had touched so many lives on the internet it was extraordinary. He came everywhere I was able to take him; pet stores, drug stores, friends houses, car rides, Huntington Village and even Yogurt stores for his favorite taste of Vanilla!

Summer went by, fall breezed through, winter froze us, and then came Spring. He was so excited to be able to go outside and not have his paws freeze. He loved the outdoors and being with his best friend Coco next door. The two would play together out back and I would also pay the kids next door to watch him for an hour so he got some extra play time and the kids got to earn a few bucks. Then one day I got a call. I was out to dinner with a friend, and my neighbors were watching him and Coco. They were enjoying themselves playing in the backyard chewing on bones. Then what happened after was unimaginable. Parts of me are grateful for not being their when it happened, but other parts of me still yearn to say goodbye. Franco began to throw up and become lethargic. My parents were home and they rushed him to the nearby vet with my neighbor (the father) where he didn’t even make the 1 mile drive. He passed away in my neighbors arms, where he took has last breath on this earth.

They only told me on the phone that he wasn’t feeling well and I should come home, but I knew deep down something else was wrong. My instinct told me he was gone, and I can’t explain to you why I knew, but I did. I came home and my mother, father and grandfather were in the driveway all crying; when they told me I fell to the floor and couldn’t bring myself to arise to my feet. I was assisted back inside where I cried and screamed and couldn’t hold it together. Shortly after we got a call from the vet. While being in such pain we were baffled at what happened. He was a healthy young pup who had years ahead of him. The vet examined him and found that he had gotten stung several times by a Wasp in the mouth. He had found an abscess the size of a plum in his throat. This not only caused him to not be able to breath, but went into anaphylactic shock.

I was crying, screaming, lifeless and hurting for over a week. Such sorrow had taken over my soul that I couldn’t bring myself to do anything. I was lucky I could shower but fell to the floor every time to cry for over an hour because I was not able to keep it together. Everything that my life had pivoted on for the past year was taken away from me. It was my first glimpse at what it really feels like to take care of something and love something. Not only did I have such strong feelings for Franco but he loved me and relied on me unconditionally. Flowers, food, memorials, and love poured in from friends and family. It showed me how much Franco really affected other people’s lives too.

My parents were due to go to Florida on a business trip that next week and I couldn’t bear to not be with them, so they took not only me and my grandfather with them. We were all able to be there together and support one another and have time to reflect on Franco and his life. I still cried every day and missed him but it slowly began to get easier to cope with. I met with my breeder a few days after it all happened. She wanted me to come by and see his sister and parents, hoping it would cheer me up. Not only were they there but so were a new litter of 5 week old puppies. Technically, these puppies are Franco’s nieces and nephews. I held these pups and dogs like I never wanted to let him go, because at that moment I didn’t. I was still clinging onto anything that had to do with Franco and keep myself connected.

A few days later my Breeder called me and said that one of the pups became available. When I had seen her they were all spoken for, but similarly with Franco, the potential owner was not approved. She said that even though I wasn’t asking for a dog, she thought it may be the best thing for me. I was torn, I didn’t want to replace Franco, but the idea of being able to share all of my love with another dog was appealing. We had a family talk over the next week and decided to take in a new dog. I will tell you now that this was the best thing for me and my family. This is not the best choice for everyone though. Heed my warnings though, if you go through the loss of a family pet, make sure you are going to be able to love the next just as much. Give yourself time to mourn if you need to.

We are now lucky to have Augie in our lives. Augie is now one of the family, as he was the moment he stepped into our home. He is completely different than Franco, both in looks and personality. He is an all white dog, with light spots all over his body. He is going to be larger in size and surely more stubborn! But he is just as sweet and has similar quirks that Franco had too. Franco will never be replaced but rather remembered in our hearts forever. He will always be my first love and I know that he still watches over me. “No longer by my side, but FOREVER in my heart.”