This past year, Marvel had teenage Bobby Drake/Iceman (boy?) from the past, come out, in present day, with the “assistance” of past teen Jean Grey. The internet reacted, and, in general, the fans weren’t happy. This seemed like a move designed to garner gay money without actually having a gay character/storyline, especially since it could be easily changed back. Not too long ago, DC got into some hot water with fans due to not allowing Batwoman (who is a lesbian) to have a wedding, though DC has issued their own reaction to that. There’s been a rise in mainstream gay comic characters, and an explosion in the indie and online market. So, with New York Comic Con here, it seemed a great place and time to talk to some of the creators about where we stand with queer representation in the comic industry. END_OF_DOCUMENT_TOKEN_TO_BE_REPLACED 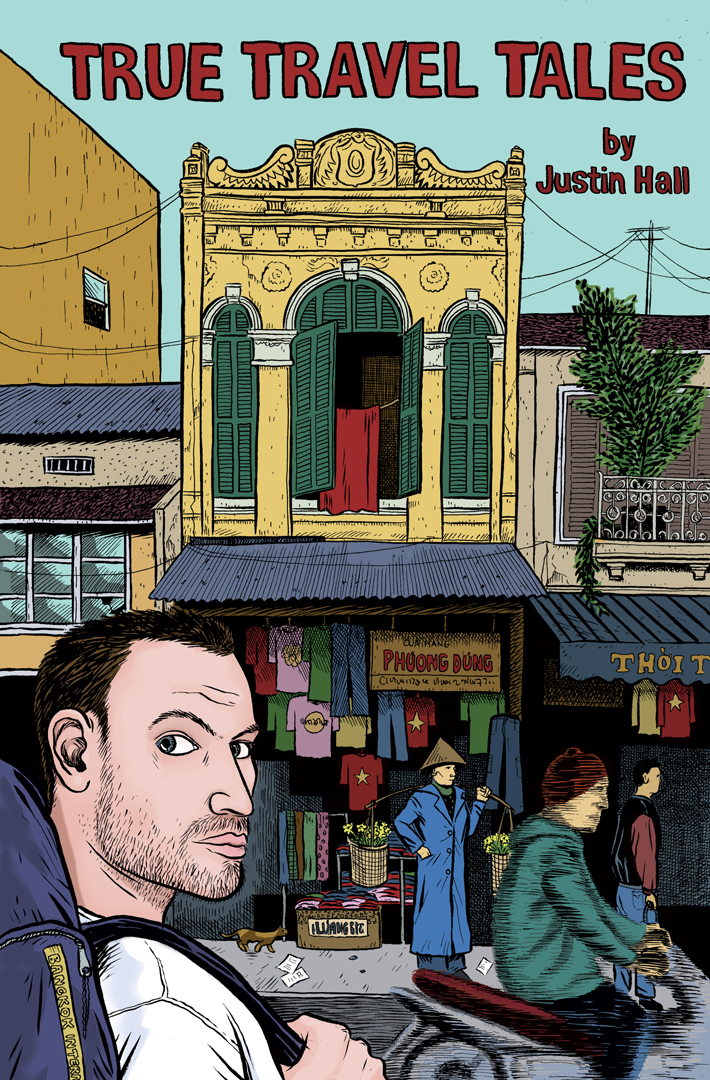 As someone who has been writing about the plethora of diversity in the gay world albeit political issues, groundbreakers in music, or pioneers in the fight against HIV & AIDS, one facet that I never wrote about before was the gay comic book world.  It simply was never on my radar and something that I was never quite adept in knowing about.  Then about a month ago, while I was visiting the beautiful city of San Francisco, I met the devilishly handsome and insanely talented Justin Hall, who is an award winning comic book writer and editor.  I got to know him quite well on my visit and got a quick understanding about his passion for comic books, but I wanted to know more.  Cue last week, where he is now visiting New York City to present at tomorrow night’s LAMBDA Literary Awards, a ceremony in which he won an award for last year.  Justin is a breath of fresh air in the gay world in terms of his persona, smarts, knowledge of not only the comic book industry but gay society as well, and above all a really great guy.  In my interview with him, he talks about his love for comics since he was a child to meeting his idols in the comic book industry and eventually breaking ground of his own in so many different ways such an teaching & mentoring the next generation of comic book artists.  Check it out.

Now I am not very adept in the comic book world, so I’m going to soak this all in like a sponge.  First off, what started your love for comic books and the industry as a whole?

I’ve always been obsessed with comics my entire life.  It’s actually how I learned to read which is something that I have never gotten over.  I’ve always kind of thought of stories as being both visual and verbal, and to me for whatever reason comic books were better than full on animation because of how a story can stay on the static page.  I think of comics as a kind of outlook or language about time in static form whereas with film and animation you are essentially seeing time as a one to one experience.  Filmmakers can do fast motion or slow motion or whatever, but basically the audiences are experiencing time in the way that the filmmaker is giving it to you as a one to one level experience, whereas comic books you don’t have that.  It’s a static form in putting different images together and creating this allegory about time, that you are manipulating the reader through the experience but you can’t control how fast they actually read the page.  I just find that relationship really magical and the allegorical distance between the medium and its depiction of time that allows for this plasticity and how you can manipulate things.

I’ll give you an example here.  There is a comic book called “The Amazon” which is this guy going through the Amazon jungle and dealing with developers and stuff like that.  You’ll have an image, and there is three different narrative text boxes that happen throughout the entire comic.  The first one are his thoughts that are happening at the moment that he is experiencing.  There is another text box done in cursive on lined paper so it looks different.  This one is his diary in which at the end of the day he writers about his experiences, and there is a third text box which is called “typed phase” and that is the book he writes a year later about the overall experience.  So you are seeing what’s happening with the images, and you have these these three different text boxes which are what he is thinking at the moment, at the end of the day and a year later in time.  His thoughts about it radically change, and you see how time changes his theory of events.  This is something you can’t do in any other medium, that sort of manipulation of time that you can’t do in prose or in film.  It is a very comic book thing that has a sophistication around it which I happen to love.

Do you have an overall particular comic that you are obsessed with?

I definitely have had a lot of favorites over the years.  One kind of comic book that I have loved consistently is “Love & Rockets” by the Hernandez Brothers.  I think its arguably the greatest American comic.   If you look at its entire stand, which is 30 years of work at this point, they have created this huge arcade universe of its characters.  They have grown up, had children, they’ve created worlds essentially.  It is smart, beautiful and touching and just a good story.

So seeing as you have such a deep love for it, when did you decide that this is something I want to do with my life?

I’ve always known that I wanted to do it from the very beginning.  I had an art teacher that told my parents that my obsession with drawing, which was compulsive to the point that I would draw all over the pencil sharpener because I couldn’t get back to the paper fast enough, was a narrative impulse as opposed to just a visual impulse.  As soon as I could tell my stories verbally better, I would kind of lose this compulsion to draw.  She would make sure that I continue to tell these stories visually, so I kind of blame her.  She would continue giving me these extra projects, from the time I was in 2nd to 8th grade, and I learned to tell stories visually which eventually kind of stuck with me and got me to where I am today.

Do you have any particular mentors or your heroes with the Comic Book Industry?

Going back to “Love & Rockets”, I love both the work of Jaime and Gilbert Hernandez.  Both of them are world class cartoonists, Jaime is also a world class illustrator where as Gilbert is not.  But he is so proficient in his world of story telling and cartooning that he is equally as good as his brother at cartooning.  I find it really inspiring because I am not a naturally gifted illustrator.  I’m OK and I’m getting better, but I am never going to have that kind of natural flare and illustration that some people do.  But, I do believe that I am a good natural storyteller so if I can get my cartooning to the point where everything works for the purpose of the story and the story is as good as it possibly can be then that’s what I want for my career and out of my creative ambitions.  Gilbert manifests that for me.

I also have other heroes, like some of the other female & queer cartoonists that are out there.  Ones like Allison Bechdel, who did “Fun Home”, Howard Cruse who did “Stuck Rubber Baby” are absolute heroes of mine.  The world of cartoonists is such a small world now that I am able to meet a lot of my heroes which is pretty cool.  If I was a rock musician it would be hard to meet the Rolling Stones, but I have met the equivalent in comics because it is such a small world.

Have you had a ubiquitous moment yet where you feel like you’ve made it?

Starting to teach comics was the big turning point for me.  I’ve been teaching comics at the California College of the Arts for the last few years.  When I started doing that it was terrifying and nerve wracking to teach.  Once I started realizing I was good at teaching but got enough information, knowledge and expertise in this is really where I found my footing and that nerve wracking feeling went away.  That is the turning point, where you are proficient enough in this thing where you can impart your knowledge onto someone else.  And they look up to me now, which is the best part.

You are here in New York City this weekend for the LAMBDA Literary Awards, are you excited?

Yeah definitely.  The LAMBDA Literary Awards are kind of the pre-eminent LGBT literary awards basically.  There is a huge amount of categories that includes everything from “Lesbian Poetry” to “Transgendered Fiction”.  I edited a book called “No Straight Lines: Four Decades Of Queer Comics”, which is the closest thing to a comprehensive look into the best of LGBT comics.  It’s about 3 years of work, kind of going through gay newspapers, the dyke punk scenes, the gay underground comics of the 70’s.  It is a huge range of material and just a great thing to do.  This book won a LAMBDA Literary Award last year in LGBT Anthology, so now this year they’ve included Graphic Novel as a category at the awards which is the first year they have done that.  It is really exciting for me because I feel like I have brought comics into the queer literary field.  This year I’m going to be presenting a special award to Allison Bechdel, who I talked about earlier.  She did “Fun Home” and “Dykes To Watch Out For” for over 25 years, for which the former was actually turned into a Broadway play.  She is kind of the one that has broken out into the mainstream, such an amazing creator and I am really excited to present this award to her.

These are pretty huge things for you already, but what are you hopeful for in the future?

Want to know more about Justin and his incredible awesomeness?  Check out his site for more information. 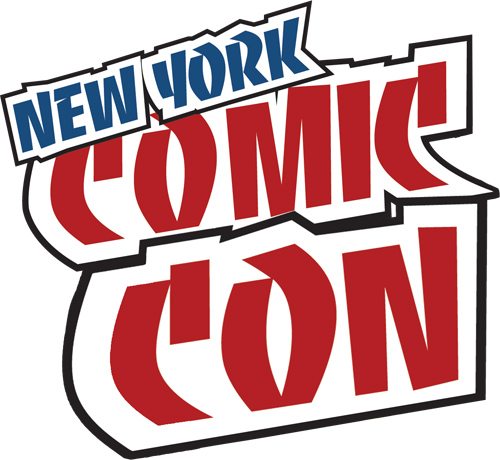 Comic Con. Day 2. Slight back story. Last year, my Halloween costume was Destiny, from Neil Gaiman’s “The Sandman.” The robe was made by an incredible costumer friend of mine, and I personally made the giant book. I think it still needs work, but that’s just me. Anyway, my dream to wander around as a monk with a giant book was cut short by Hurricane Sandy and the fact that the city came to a stand-still. What this means, is that I on day 2, I had a Destiny costume, and a pass to Comic Con, and need to feel a part of something. END_OF_DOCUMENT_TOKEN_TO_BE_REPLACED