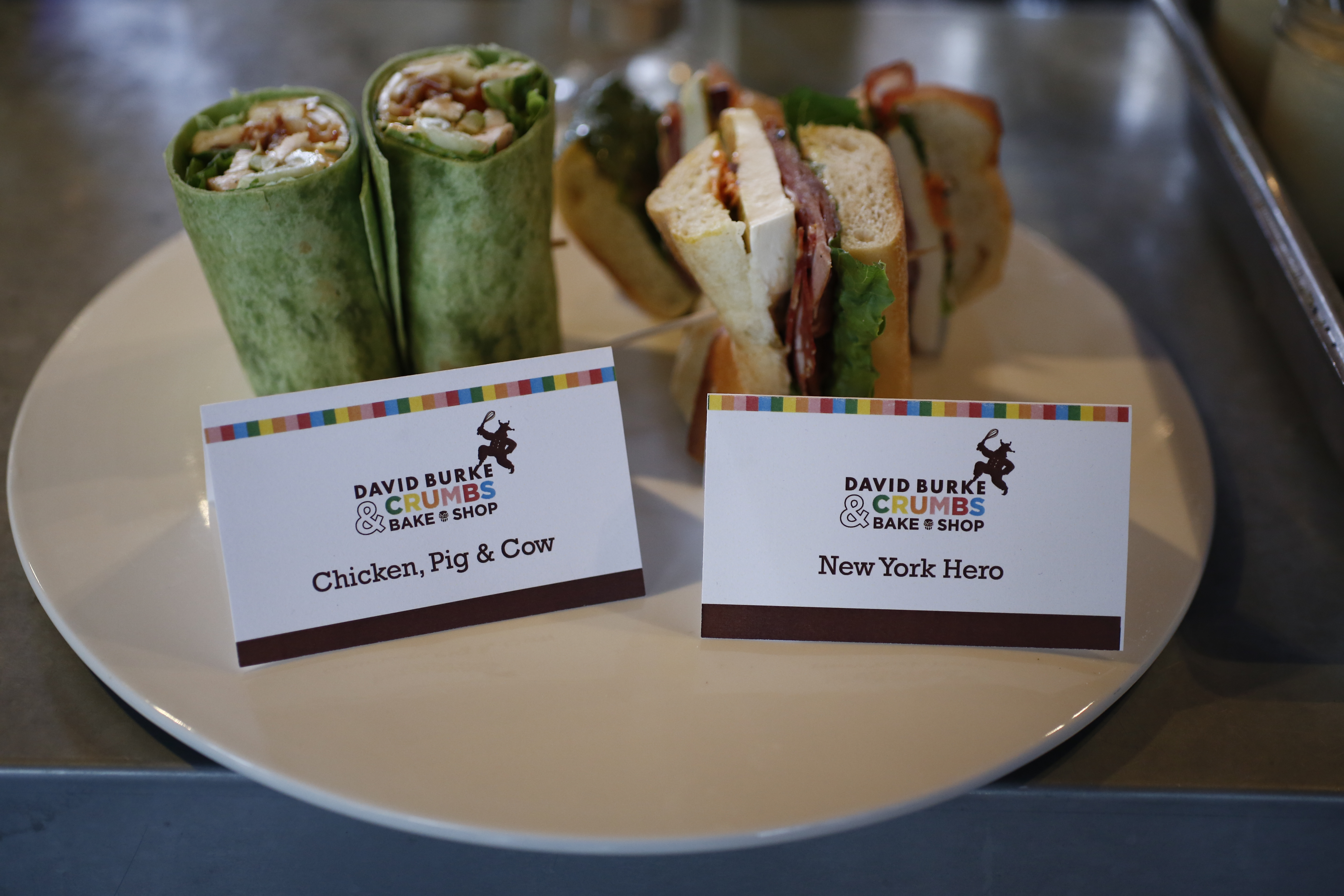 This past Thursday saw world famous bake shop and a James Beard award winning chef and restauranteur come together for a great evening of yummy sandwiches and tasty desserts.  David Burke’s Treehouse Bar was the location on Thursday evening to celebrate the co-branding of David Burke and Crumbs Bake shop all new lunch menu, featuring nine different styles of gourmet sandwiches as well as a variety of  salads to go along with it.

David Burke is a legend in the culinary field, winning five James Beard awards starting in the early 90’s and currently has ten restaurants opened under his guidance.  He came up with some really catchy names to go along with the nine new sandwiches that will be available, two of them mentioned above (Chicken, Pig & Cow and New York Hero).  Here are the other names left to pique your interest and taste level-

I tried each and everyone of them (and went to the gym immediately the next day), but my favorite of all of these had to be the New York Hero.  The taste was so fresh and delicious! Each of them had their various reasons for success that hopefully will turn Crumbs into more than just a bakeshop!

Tentatively starting June 18th, here are the locations that will feature the new lunch menu here in and out of Manhattan-

Want to know more about Crumbs and David Burke? Log onto David‘s and Crumb’s Twitter page to learn more about the unveiling and their businesses as well! Have fun!