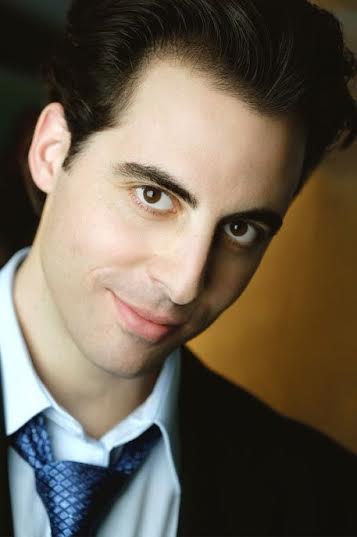 For anyone in the show business, it is hard to get acceptance and acclaim from people that you view as mentors and legends in the industry. For Rob Magnotti, that seems to be a walk in the park.  Rob, who is a multi-talented actor and comedian, has done quite a great job at working with some of the big wigs and impressing audiences throughout his illustrious career.  Beginning with WNYW’s “The Uptown Comedy Club”, Rob has done a pretty seamless job of transitioning himself as a newbie in the comedy industry to starring in multi million dollar movies and guest appearances on some of the top rated late night programs out there.

With a huge appearance on “Late Night With David Letterman” and a recent role in the box office smash “Paul Blart 2: Mall Cop”, Rob’s career is on fire more than ever.  He also has an upcoming dramedy he is working on called “Surviving Sam”, stand up performances including ones right here in NYC, and more.  We sat down with him to discuss the history of his career and where he hopefully sees it going.  Take a look.

What got you into the comedy world in the first place?

As a kid I was always performing / mimicking friends and family members and watching comedians and actors on television. I love making people laugh. Laughter is an awesome gift to give. My Mom, being a singer, inspired me to be on stage. My Dad was a high school language teacher and funny, so I think I got my ear for voices from them. My brother, Al, inspired me to play the drums like himself, a great instrument for comic timing. He has always been a big supporter and is still working with me today. He’s was instrumental in getting me the Letterman show, the dramedy “Surviving Sam”, and in keeping me in the comedy game.

I find that people in this particular industry always have
inspirations. What was yours?

I am a standup comic who loves to do impressions and characters as well as acting, so artists like Eddie Murphy, Billy Crystal, Robin Williams, Whoopi Goldberg and Carol Burnett inspired me. Of course, Carl Reiner, Gary Marshall, Richard Prior, SNL, Rodney Dangerfield’s HBO Comedy Specials
were also profound influences.

Tell me about the Letterman experience. How did that come about?

I was doing a comedy show at a theatre venue and one of the Executives of the Late Show saw my set. He approached me after the show and said, “ We have to get you on the Late Show.” A year later, I received a call from the production staff asking me if I would like to appear on the Late Show with David Letterman. There was major exuberance on my part, I called back and said, “Yes, absolutely!” Ironically, in 1998, I was in an acting class and had to do an exercise requiring me to be super excited, and I chose to imagine that I got a spot on CBS Late Show with David Letterman. Almost ten years later, and a lot of work, it happened for me.

As for the experience, I remember my set going really great, getting applause breaks, thanking the audience, then seeing David Letterman walking over to me smiling and applauding, and being very complimentary. I then left the sound stage and went to the green room where I heard him continue to say
great things about me. It was a pinch myself moment. I just kept thanking God! It was a cloud nine experience and one I will not forget!

What was your reaction to how big it became digitally?

It’s an awesome feeling to know that my appearance on The Late Show with David Letterman received millions of hits on YouTube, and at one point was the 24th most watched video. It was very rewarding to know that people around the world were seeing my comedy and knowing my name. My website got so many hits, it crashed the following morning after my appearance. I’m
still getting great comments about it till this day.

You’ve appeared in movies and TV shows. Do you have a particular moment that you are proud of more than others?

My Letterman experience, and working on Mall Cop 2 with Kevin James.

As a comedian, what do you find funny?

I have a broad sense of humor. I love observational humor, physical comedy, funny characters, sketches, and
improv. I enjoy so many great comedians, actors, sitcoms and comedy movies from the classics to the contemporary.

Is there anything currently happening in the media that you think is a comedian’s dream?

You are in Paul Blart: Mall Cop 2 which had a huge opening weekend at the Box Office. How did you score that role and what is your take on Kevin James?

It was my first major comedy feature film, and it was very exciting working with Kevin James! He is an excellent Comedian/Actor/Writer/Producer and a great guy. I’m thrilled to know Mall Cop 2 has grossed over 100 Million Dollars worldwide and counting. It was a great experience to see how involved Kevin was on the set. I loved every minute of the rehearsal takes and the actual filming of the scene with Kevin, and Director Andy Fickman, as well as fellow comedians, Richie Minervini and John Joseph. I play the gambler that Paul Blart comes over to at the Craps table and asks what all the cheering is about. I tell him how much I’m winning, Blart gets involved with the game and comedy ensues.

Tell us about “Surviving Sam”, what can we expect from it?

Working with Alicia Minshew is so much fun and we have great chemistry! She’s a beautiful, accomplished and generous actress as well as a wonderful person.

It’s a dramedy about a divorced couple living under the same roof for the sake of their children. I play Ben Gallo, a smart, hardworking, but quirky OCD guy, who owns and operates his own advertising agency. The show is about his daily challenges living with his prissy, high-maintenance, ex-wife, Samantha
Gallo, a romance novelist, played by Alicia Minshew. Although Ben and Sam are divorced, and argue regularly, they are still very attracted to each other.

What other plans do you have for 2015 and beyond?

To continue moving forward with my comedy and acting career working with great people on great projects! Check out www.robmagnotti.com for my schedule and media.
This June I will be at Dangerfield’s Comedy Club NYC and Stand Up NY.