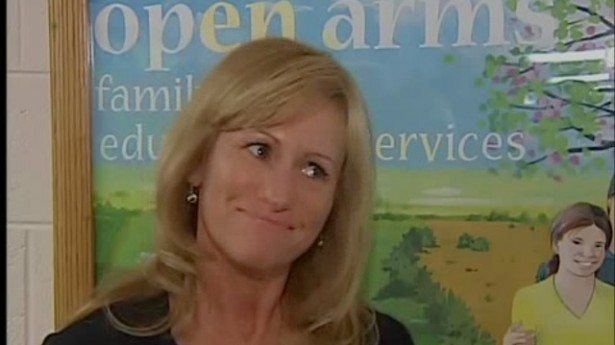 An Indiana-based high school called Sullivan High has a group of people, including a special needs teacher, banding together to create a “straight-only” prom, which would prohibit anyone from the GLBT community from attending. The following is according to Time

The group met on Sunday at the town’s First Christian Church to discuss the possibility of holding a separate, segregated dance after the principal of Sullivan High, David Springer, told a local NBC affiliate that “Anybody can go to the prom” when asked to clarify whether same-sex couples would be allowed to walk in the event’s grand march, set to be held April 27.

“We believe what the Bible says, that it says it’s wrong,” Sullivan High School student Bonnie McCammon said to WTWO-TV. ”We love the homosexuals, but we do not condone what they’re doing.”

According to WTWO, one member of the group is a local special-education teacher, Diana Medley, who told the NBC affiliate, “I believe [homosexuality] is a choice. I don’t believe they were born that way. I think that life circumstances made them that way.” She says she works with students who come out to her and cares about them, even though she doesn’t “agree with them.”

I can’t even begin to figure out how much hypocrisy is really in this as it is truly mind-blowing.  So what happens if a gay person shows up? Are the police going to come outside and hose them down like what happened in the civil rights movements back in the 50’s and 60’s? Will dogs viciously attack them and will people chant “HOMO” and “FAG” if they try to go inside? Isn’t this 20 fucking 13 and this shit shouldn’t be happening anymore?

As far as Diana Medley is concerned, her last name suits her very well.  She is a medley of idiocy.  Her continued talks of how gays aren’t born this way and that it’s a choice is beyond disgusting yet hilarious at the same time.  Ma’am (i use that loosely), how would you feel about a prom that would bar special-needs students from showing up? What if one of your students is gay? How would that make you feel you fucking moron? I don’t get how people like this exist.  These are also the people that think gay marriage should be illegal as it goes against the sanctity of marriage.  Divorce rate is at 50 percent y’all.  Thanks straights.

There is a great petition you can find online that is calling for Diana’s termination.  Only 4,700 was needed but they already have 10,000.  Yay! Keep it going and watch this vile human being sit in her room stewing with her cats and wondering what her life will be like now that she’s figured out what an awful human being she is.  No remorse here for her or these students.  Grow up, open your eyes and get a grip.