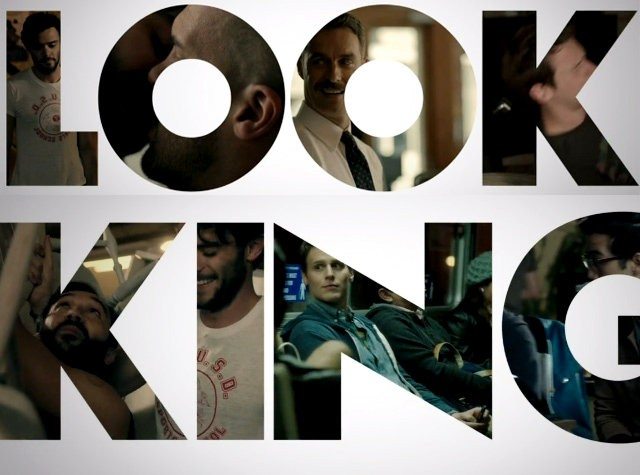 Ladies and Gentleman,  it is a sad day that the only gay series on pay television (or television) has officially come to an end.  This week, it was revealed that the HBO series “Looking” would not be returning for a season three for reasons unspecified by the network itself.  They did however reveal plans to wrap the show up in an upcoming TV movie where we will hopefully find out if Patrick’s haircut made him act like an adult and not a pre-pubescent girl, if Eddie & Agustin hopefully go the distance and how many Chickens Dom sold from his window.  Whereas this show did have some strong points to it, there were too many negative ones (in my opinion) that led to its demise.

Strong points as to why it could’ve been saved-

It’s the only gay show on television where the characters aren’t supporting roles or competing for a Drag Race title (no shade).  As far as television has come, we really have never had the opportunity outside of a select few (Queer As Folk, The L Word) where gays have had the entire perimeter of a show about them.  Its insane to think that in 2015 this is actually true, and like it or not, that is why a lot of us watched “Looking”.  For all the issues that I saw it have, it remained the only show on television today like it and was met with quite a bit of anticipation, criticism and much more when it premiered in early 2014.  Gay characters on television have always been the supporting cast members (Modern Family, Glee, Orange Is The New Black, etc) and in rare cases have been the focal point with a mainly straight supporting cast (Transparent, The McCarthy’s even).  HBO and “Looking” had the prime chance to change that and really did a great job in bringing together the LGBT audience to sound off on the show and their own viewpoints.  Positive or negative, it really made people talk about a gay show like this for the first time in years.  With the emergence of social media, our voices are louder and larger than the days where TLW and QAF were on, so this was the opportunity to have them heard front and center and boy did they ever.

With the exception of “The Comeback”, HBO has always done an amazing job at its cinematography for the shows it produces.  I exclude “The Comeback” because it is shot reality style minus the last scene of season 2.  “Girls” is shot beautifully in showing New York City in a different amount of locations, and the same thing goes for “Looking”.  As cheesy as it sounds, “Looking” kind of inspired me to want to visit San Francisco even more than I did beforehand as the way it was shot really was quite eye-catching.  They captured the city and its essence without being stereotypical and shooting in tourist friendly spots like the Golden Gate Bridge for an example.  If you remember, people said the same thing about “Sex And The City” as the city really was its 5th character and brought the show to life in ways the characters necessarily couldn’t.  As “Looking” tended to be normal and boring at times, the way it was shot never was, and that is something worth noting.

You want to know what happens next of course.  Let’s not kid ourselves.  As much as this show drove me crazy, I would like to see the conclusion of what happened in the finale- in particular the Eddie/Agustin relationship progressing.  Note how I didn’t say Kevin & Patrick?  More of that to come later.  I think the best part of season two was the former of those two relationships, as Eddie (Daniel Franzese) really did an amazing job at pulling Agustin (Frankie J. Alvarez) out of his narrow minded, self absorbed & depressed shell he was in and find that there is a good person inside of all that jadedness.  Seeing that bears on television are there but not portrayed the way Daniel did, I was happy to see his addition in season 2 and how their relationship would’ve progressed.  Dom wasn’t necessarily a big part of season 2, but I did love Doris & Malik (more to come as well) and would’ve liked to have seen how they progressed too.  I know HBO is giving them a movie of sorts to conclude things, but they have said this before.  So I’m not holding my breath on that until their is an official release date.

Why It’s Canceled (In My Opinion)-

Please keep in mind that this has been my opinion on the show and how I have seen it.  The main point in my opinion is this- the length of time.  I am pretty sure it is HBO’s decision and not “Looking’s” creators who determine this, however this sort of a show screams for character development.  This couldn’t have been true for this particular season, where the Kevin/Patrick relationship dominated the 25 minutes per episode allotted time amount and the supporting cast barely got a word in edgewise when it comes to their development.  The focus of Dom’s maturity from cater-waiter to restaraunt owner when the series ended didn’t develop the way it should’ve, especially with the relationship between him and his best friend Doris.  Doris, played brilliantly by Lauren Weedman, deserved way more screen time, in particular with her relationship with Malik.  The basis of their relationship relied on both of them telling Dom how much they were in love, yet you never saw them and their relationship issues outside of that.  Seeing as the lack of diversity on the show has been a bit prevalent over the course of two seasons, this would’ve been a nice counterpoint to that point in showing what is rarely seen on television- an interracial relationship and its normal issues that everyone else goes through.

Same can be said about Agustin/Eddie.  When you introduce a Poz character on the series, and you briefly chatter about the issues of his disease and PrEP, it doesn’t do justice for people who either live with it or are in a serodiscordant relationship.  The Halloween Party episode is a clear example of that, as it becomes a discussion for under a minute then goes back into Patrick’s ridiculous shenanigans about being drunk, somewhat single and absolutely stupid.  That was the entire season, why not focus on something important and controversial in the gay community that is such a relevant topic as opposed to something we’ve seen all season long?  I felt like the show had ample opportunities to really go there when it came to big topics in the gay world and failed on that because of the focus of one storyline.

I feel with Patrick & Kevin you either loved them, or hated them.  I’ll take the latter.  Not because of Kevin, because of Patrick.  This is why the show had its issues is the way that Patrick was written.  Jonathan Groff, for as talented as he is, really made the protagonist character of Patrick quite unlikable, frustrating and insanely unbearable throughout.  I am aware that main characters have the tendency to do that, yet main characters also have a way to make you root for them even with their mistakes.  I never once rooted for Patrick at all throughout the course of two seasons.  The way his character came about was like a 21 year old moving from Nowheresville, Alabama to San Francisco and being the fresh face in town.  Not a 30 year old who is vastly uneducated and scared of things like AIDS tests, uncut men, douching and a ton of other things that seem to be pretty common for someone his age, no matter where your geographical standpoint is.  His incessant whining and frustration with “why doesn’t the world/Richie/Kevin/friends get me” type thing was infuriating at times, especially with the series finale. He had an annoying aspect about making everything about him, most notably the episode where Doris’ father died.  Sidenote- was I the only one who thought these three guys would never be friends in real life?  I did.

I get how people have said that the fight they had in the finale was realistic in many ways, but his character really rode the pathetic train with his inability to understand that Kevin cheats and prefers open relationships.  You know, the one you got into after one episode?  Another flaw in the show- how the f do you move in with someone after declaring being together in one episode?  If they knew there was a shot of this being a series finale, a good way to intro it would’ve been “Six Months Later” and then reality would’ve been a bit more realistic.  It moved at the speed of light for most of it, which made it a bit unnatural with how the characters moved along.

This is just my take on it.  Would love to know what yours is.