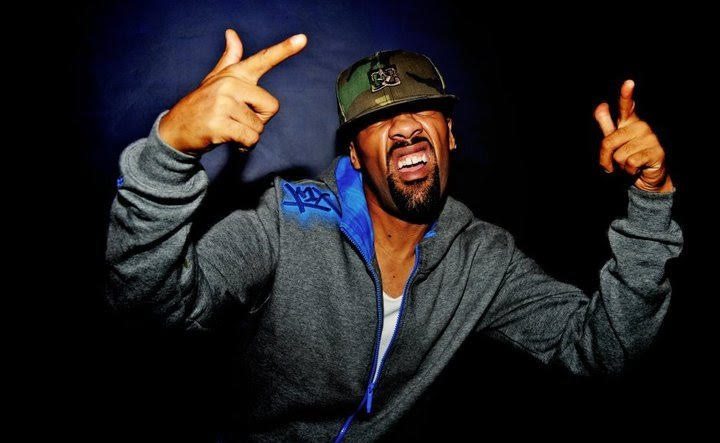 You really can’t get any bigger when it comes to legends in the came then you can with the one and only Redman.  Redman, who has been active in the hip-hop industry for 25 years now, is still going strong as ever and staying as relevant as ever.  Born right outside NYC in Newark, New Jersey, Redman has had his hands successfully in multiple different business ventures outside of his illustrious career in the hip-hop game. From television, movies, video games and more, Redman’s unique personality and consistent drive in doing what he loves show in everything he does.  He is a personal favorite of mine since I was a kid in the 90’s and continues to be many years later.

Now Redman has a brand new single he just released called “Dope Man” from his newest album called “Mudface”, due in stores on October 30th.  We at Manhattan Digest were blessed to interview Redman about his single and album, his longevity in the industry, current favorites, and why women’s feet are part of his upcoming plans.  For real.  Check it out.

The song “Dope Man’s” chorus goes- “Hey Mr. Dope Man you’re a star, I love your gold chains and your fancy car”.  Is Dope Man really you?  What drove the inspiration for this song?

Yes I’m referring DOPEMAN as me!  Meaning my lyrics and music is the DOPE people are fiending for… People are complaining about the same sounding music on the radio!! So it’s up to the DOPEMAN to supply the hood with the Goodness !!

You also have a new album coming out in October called “Mud Face”.  What can your fans expect from that album?

MudFace album is an album I put together for my fans and to keep relevancy, till MUDDY WATERS 2 album come out..!! I’m independent now, so I have to keep music out there to create other revenues of business !!

Are you planning a tour to support the album?

Yes i always do a tour run on every album..Mudface Tour i will be in a city near you SOON !!!

It will be 23 years on September 22nd since your debut album “Whut?  Thee Album” has been released.  What is the best advice you would give to new artists in the industry that want to find longevity and relevancy that you have paved the way for?

For new artists to create longevity path as I did… to be able to still drop music 23 years later and still be Hot???  Here are some steps.

Do you have a favorite moment of your career that sticks out for you?

My favorite moment in my career would be the Day I met EPMD which was one of my favorite Rap Duo and then moved to Long Island… that’s when my career started !!  God is Good !!

Who currently is your favorite artist in hip hop and who would you love to collaborate with?

My favorite artists are still Slick Rick, Krs One, IceCube, NWA & EPMD.  These are the groups and guys that built me !!

I want to collaborate with everyone !! Everybody on one track goin in!!

I love Hip-Hop ! It provides jobs and allows and average person to become somebody !! The state of HipHop NOW; the music is sounding the same.. and that’s what people and fans complaining about.  But hey it’s still provides jobs to my people my culture… the future of Hip-Hop will continue to grow and be that universal language !!

What other upcoming projects do you have coming up that your fans would like to know about?

My up and coming projects are-

Also I’m directing and producing behind the scenes in Hollywood.  I started and production company with my Business partner Laura Irvine called UGLYJONES ! We are producing a show now called “Who Got Heat”; a street version of American Idol.. I feel there’s not enough artists getting recognized so we want to help with a platform to be seen… also we will give back to the community each city we run show at…stay tuned for details… show is fucking Hot !

Also I love woman who have beautiful FEET..Oh God… whewww !!  I wanna create a High Heel Open Toe Sandal for woman !!!  That is my top goal… So as you see i have another 8 to 10 years worth of work to do, and I’m gonna do it !!  AND THAT’S HOW YOU KEEP RELEVANT FOR 23 YEARS BOYIIIEEEE !!