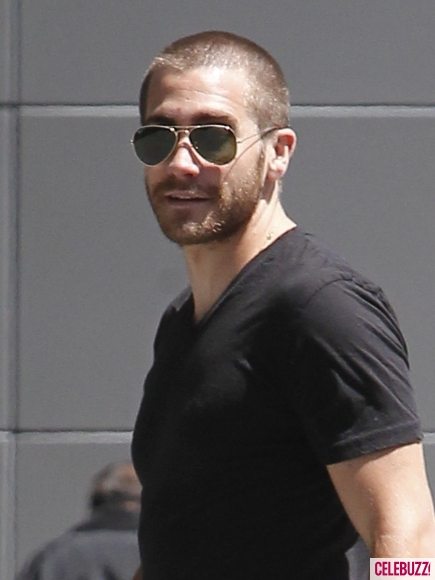 I can honestly say that weight, just like aging and the ever presence of The Kartrashians (spelled correctly folks) is an ever present issue in someone’s life.  When it comes to dealing with weight in the bear community, it takes on a whole new world of self-criticizing, self-loathing, comparisons to other guys and so on and so forth.  Yes of course this can be translatable to any community, any age, any arena.  For me as a gay man, it has been a constant struggle to keep up with.

I never saw myself as being obese.  I was lucky enough to grow up in an area that accepted me for the most part for being gay.  I think because I had such a big personality growing up that people were drawn to me and didn’t see me as the “gay” kid or the “fat” kid they really just saw me as Ryan.  At the same time, I knew subconsciously that I was fat.  I quit football after my freshman year due to my insecurity in being gay and on such a masculine and homophobic (to a certain degree) sport.  That was when the weight problems came on due to not being apart of any sports team and due to my struggle with being a homosexual.

To make matters worse for myself, I was in an area with little to no gay men or women so my references were little except if I would watch Will & Grace or something gay themed on a cable channel.  So I struggled with finding my identity which led to overeating.  When I was 18 and went away to school in Providence, Rhode Island was where I truly was able to begin the process of finding myself as a gay man seeing as there were multiple outlets around me for that self discovery.  At the same time, I really didn’t focus on my weight and mainly focused on determining factors like who am I in this community, what kind of guys am I into, etc etc.  Down the line though is where I started to realize that I fit into the bear community due to the “stereotypical” aspects of being a bear like more weight and body hair.

By the time I was 21 or 22 I was tipping the scale at 270.  Yes, 270.  And I had no fucking idea that it was getting that bad. Even my first real relationship with a guy I later on came to find that he wanted me to be a “gainer”. Look it up,  it’s odd but there is no judgement there.  There were so many types of guys that I would try to talk to online and many of them rejected me or didn’t message me back.  The only types of guys that seemed to be into me were other heavyset dudes and “Chasers” which are defined as smaller guys who happen to like a big dude.  Problem for me was these two types are ones that I wasn’t into.  I was into the Scott Caan’s and the Chris Pratt’s but at the same time I could go for Chris Meloni’s and LL Cool J’s.  I really just wanted the type of guy who took care of himself but at the same time could eat and not bitch about the calories.  You know, huskular.

By the time I was 24 was when I finally figured it out and started the process or “journey” of losing weight.  I lost roughly 55 pounds in a matter of a year and people really started to notice.  What was even better was the guys that would usually not talk to me online were actually reaching out to me not vice versa.  It really made me excited and happy because I felt some ubiquity in that I could finally attract a different aesthetic which is what I have been wanting ever since I was fourteen or fifteen.  In the past three years I have yo-yo’d back and forth gaining and losing 15 pounds but never really dealing with an extreme on either end.

Now I am at a place where I want to take it to the next step and get down to roughly 170-180, which would put me at a smaller frame.  The problem for me is that i don’t want to feel that I am rejected again by a certain portion of the community because I am not technically a “bear’ anymore and even though it might sound self absorbed but I enjoy that I attract a decent portion of it.  If I get a six pack or get skinny, what happens?  Where do I go from there?  I find it very frustrating to deal with because health should really be a top priority but when it comes to finding a date, mate or sex even, you want it to be a mutual attraction and not a fetish, which seems to populate a lot of this community as well.  Ultimately I just want to figure out a way where I can blur the lines so that I am not labeled and can adapt to any sub-community that is out there.

I put this on my Facebook and got a great amount of responses, many of them saying for me to focus on myself and not on what other people think.  One friend said- “Honestly, I don’t think that should figure into what you decide to do. If they view you differently, so be it, but don’t make that your problem. Besides, your friends should treat you the same way no matter what.”.  Similarly I got a response like “You gotta do you. at the end of the day, other people are not responsible for your health, paying your bills, or paying your damn rent.  Be yourself and people will like you for who you are, the people that leave are what you leave in the toilet; basically just floaters.”

On the contrary I had a couple of friends say its not that easy, where friends have said this situation rings true for them as well.  One summed it up the best though for this (Mainly because they use a “Drag Race” reference and that always gets me going)- “I don’t know what, if anything, the bear community feels as a whole, but why should that matter? If you want to lose weight, for whatever reason, you should do it, regardless of what a demographic has to say about it. Whoever doesn’t like it can bite the wienie. As they say on RuPaul’s Drag Race, you just do YOU. Whatever makes you happy, man.”

What is your take on this?