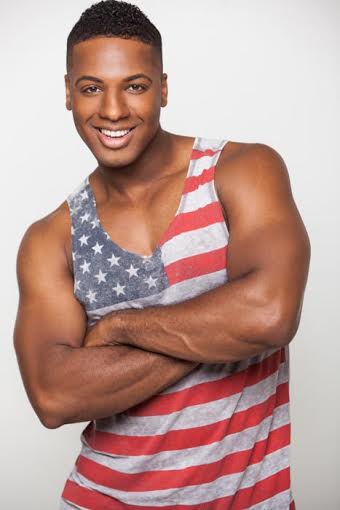 Reality TV is the mainstay of television today, albeit it everything from housewives to little people to little people who are housewives.  So what happens when luck and fate combine and you fall into being on the biggest reality show for four consecutive seasons- Rupaul’s Drag Race?  No hunties, we aren’t talking about Michelle Visage’s Lace Front (No T, No Shade Miss Visage).  We are talking about the uber handsome and insanely talented Jason J. Carter, who along with his equally stunning comrade Sean Morales has been part of the wildly successful show for four years in a row as the show’s Pit Crew.  Now if you aren’t familiar with the show (which if you aren’t, you are basic.  #sorryaboutit), Jason’s role on the show is to assist in many of the mini challenges and some of the main challenges for the drag queens competing to be America’s Next Drag Superstar.

As someone who has been a big fan of show since the get, I have also come to admire Jason for not only how handsome he is but how much he adds to the show as the “Pit Crew” themselves have really gone out and branded themselves in the process.  I did my research on him and found out there is much more to this man than just a pretty face.  Since his inception on RPDR, he has developed an award-winning TV mini-series called “#saywhat?!” which divulges into what is hot in pop culture currently,  as well as making his stance in the modeling and acting world.  I recently sat down with Jason to discuss his booming career, what his thoughts were of the most recent Drag Race season, and how he was able to find love in what some may think is a not so hopeless place.  Take a look.

So even though Drag Race has made you famous, you had to start somewhere to get to where you are now.  How did you get into the entertainment profession?

I used to host TV shows back from my hometown, Albequerque, NM and was also a Disc Jockey there.  I uprooted myself to Los Angeles and focused on becoming a dancer, which was what brought me there originally. From there, I got into doing a ton of music videos and dancing with artists from the likes of Lady Gaga to Eminem.  After that, I began teaching as a dancer in LA and progressed from there.

Besides Drag Race, you and a bunch of other extroverted folk developed a series called #SayWhat?!  Tell me a little more about this.

#SayWhat?! (follow us on Facebook) is a bunch of different hosts (myself, Starr Session, Nicole Seidman and Jill Anenberg) coming together to talk about everything that is going on in pop culture. We all watch TV, see what is going on online and have a great knowledge of what is current in the world of entertainment. We say what people are thinking and take a a step further.  The show is currently being distributed as webisodes online. The studio we use to film is in my house, so all the content you see is done in my home.  Definitely something that all your readers should check out as we try to bring a different and unique take to each episode we develop.

Being a web series can have its perks as other one’s like Lisa Kudrow’s “Web Therapy” was picked up by a major network.  Do you hope for the same for #Saywhat?!

That would be fantastic, but the future of television and viewing stuff is no longer on TV. Online is the future of media. Being picked up would be exquisite but online has more interaction with fans and ultimately more views.  5 years ago 1 million plus viewership was a flop, now it’s a success because people aren’t watching TV anymore. I want to build my brand online first because I’ll be more successful that way, however the sky is the limit for me so anything is possible.

Let’s talk about how you got involved on RuPaul’s Drag Race.  What was the audition process like?

I jumped on for Season 3 of the show. I was a dancer, and was teaching a dance class in Hollywood and one of the producer’s friends was in my class. They approached me and said. “I have a friend who is looking for people for this reality show, are you interested?” I responded, “What show is it?”  They wouldn’t say what it was.  I gave her my info, emailed the pictures which they forwarded to the producer.  After that I didn’t hear anything. Then after a while they reached out and said they liked my look and wanted me to come in for an audition.  Thankfully I was off that day and went. They told me to bring some underwear, and I was like wait “Is this some gogo boy shit- casting couch?” I got over my initial hesitation, I went in, did my thing, and got cast.

There are a lot of people out there who really just see the Pit Crew as eye candy and don’t bring much to the show itself.  What do you say to those critics?

I tend to not agree with how people feel that way.  If you look at the show, there are so many people who have been able to brand themselves outside of RuPaul and the queens that compete on it.  People like Mike Ruiz, Michelle Visage and Santino have been able to brand their name heavily due to the show’s popularity.  The Pit Crew themselves have been able to make a name for themselves, especially this past season when two became four where Miles Davis Moody and Simon Sherry-Wood joined us.  It strengthened our presence both on and off the show, and even myself and Miles did the CoverGirl video for RuPaul in the past year just to name one thing.  At the end of the day, its all encompassing and benefiting the show and making it the success that it is today.

This past season saw New Orleans native and current New Yorker Bianca Del Rio snatch the Season 6 title.  Being around the girls all season, do you think she was the strongest competitor to win the show this time around?

Absolutely.  Bianca’s family is from my hometown of New Orleans and I couldn’t be happier that she won.  She is a true example that you don’t need to rely on editing for the show to make you a hero or villain.  If what you are giving them is naturally you then it makes for great television.  Willam from Season 4 did the exact same thing, same goes for Latrice Royale.  Adore would’ve been a fantastic winner as well, but she is a winner in her own right by breaking Billboard Records and becoming a huge star based off of that and many other things.  The great thing about Drag Race is that you don’t necessarily need to win the show in order to become a star.  I am a huge fan of Shangela and really admire how she has branded herself and in doing so has become one of the most successful queens to ever have been on it.  And she wasn’t even in the top three so that says a lot about her drive and ambition.

I know you have been in love for multiple years with this one wonderful guy.  That’s pretty impressive because even one year is 10 years in the gay world, so tell me a little bit about your relationship and how you guys met.

It’s funny, we actually met online.  No not on something like Grindr, it was more of a fitness website.  He reached out to me in their chat room, and after talking for a little while we ended up meeting for lunch.  From then on we became inseparable.  We have flaws just like any relationship, but I knew from the get go that he was a special guy and the way he has treated me has just been incredible.  We are committed to each other and have a deep appreciation and understanding for one another as well.  I just know that he is the one.

So it sounds like you have a lot going with the web series and Rupaul’s Drag Race.  Anything else you wanna add?

I’m just happy being where I am now and am happy with what I have accomplished so far.  The show has opened many doors for me but at the same time I am proud of how self sufficient in getting myself to where I am.  As I have said before, sky is the limit for me and I am just happy to see what is next.