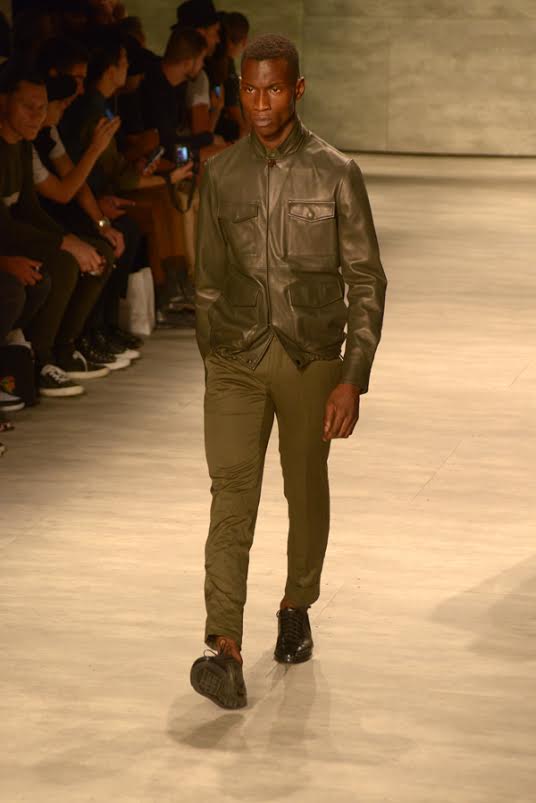 Fashion week is in full swing here in New York City!  Some of the biggest names in the industry to the green and up and coming designers have brought out their best of the best for what is to come for Spring 2015.  My good friend and top of the line photographer Jason Jaskot was able to cover some of the best and the brightest shows, one in particular being menswear designer Todd Snyder.

Iowa native Todd Snyder launched his eponymous menswear collection exclusively at Bergdorf Goodman, Ron Herman, and Neiman Marcus for Fall 2011. Inspired by Savile Row craftsmanship, military tailoring, and a distinct New York sensibility, the line has garnered wide critical and commercial praise in the US. In 2012, the line was picked up by Barneys New York and select Nordstrom stores; simultaneously, Snyder was nominated for the CFDA Swarovski Award for Menswear and named one of GQ’s Best New Menswear Designers. More recently, Snyder was selected as one of the 2013 CFDA/Vogue Fashion Fund finalists. During that time he launched his Todd Snyder + Champion collaboration with the iconic Rochester, NY-based sportswear brand, and opened his first New York boutique, called City Gym, at 242 Elizabeth Street in NoLiTa.

This success is a humbling reaffirmation of Snyder’s roots. In Dutch, his surname means “one who makes outer garments” and while studying textile and clothing design at Iowa State University, Snyder learned the art of cutting and sewing at the Des Moines haberdashery Badowers. He spent the following two decades honing his skills in New York, designing outerwear for Polo Ralph Lauren, working as Director of Menswear for the Gap, and SVP of menswear at J. Crew, where he revamped men’s styling, introduced formalwear, and launched a series of collaborations with heritage brands like Timex, Red Wing, Thomas Mason, and Alden that culminated in the popular Liquor Store boutique, opened in 2008. At the helm of his own brand, Snyder still strives to deliver on the rubric set forth by his Badowers mentor: “A perfectly fitted suit makes the man.”

Todd’s collection looked phenomenal, totally modern and tailored for the everyday man.  His use of the standard colors were elevated to another level and overall from the looks of the photos this seems like this will be a big hit with consumers worldwide.

Todd has recently collaborated with notable sportswear company Champion.  As stated on the website, “Inspired by Champion’s Glory Days, each piece is a collectible part of sartorial history and has been made for the maximum amount of versatility and utility.”