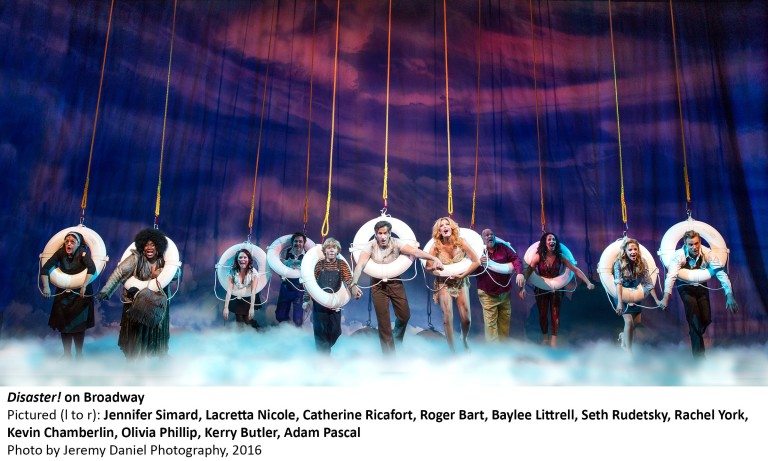 There is a mutual admiration society meeting nightly at the Nederlander Theatre, home to the current hit, Disaster! The Musical.  The show, which features a groovy blend of disco, is set on a floating discoteque casino where Broadway veterans parody all of the seventies disaster movies.  Actor Seth Rudetsky gathered many of his long time stage friends including Roger Bart,  Kerry Butler, Kevin Chamberlain, Adam Pascal, Faith Prince, and  Rachel York to mount the much lauded Broadway laugh-fest. He also enlisted Jennifer Simard, a superb actor who is no stranger to the Broadway stage, but who is delivering a much talked about break-out performance as a nun with a gambling addiction. END_OF_DOCUMENT_TOKEN_TO_BE_REPLACED