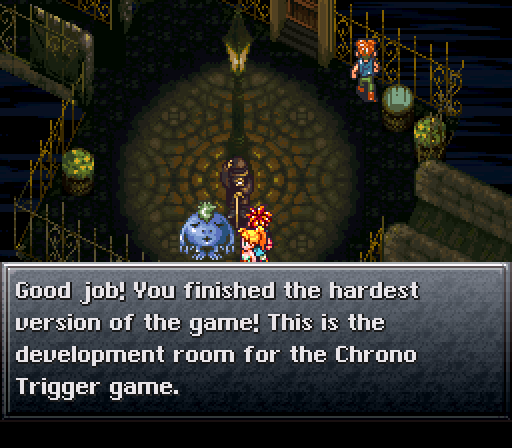 The best goodies in the basket.

In honor of Easter Weekend, I decided it would be a good idea to compile a short list of my favorite Easter Eggs in video games. Easter Eggs are fun secrets that exist in various games, normally accessed without the use of cheat codes or hacking software. Oftentimes they’re interesting or humorous things that developers want gamers to search for and over the years they’ve truly helped games have more staying power. Here they are, my top five Easter Eggs in games:

5. Half-Life – Made by Valve, Half-Life‘s console has allowed gamers and modders alike to adjust the experience however they see fit. By loading up the “c1a1c” map and activating “-noclip” mode, the player can gain access to areas outside the map. One of these is a black box that is covered with the mug of Valve founder Gabe Newell on the inside. I’m talking a thousand copies of this man’s face.

4. Grand Theft Auto IV – Ever wondered what the heart of Liberty City looks like? Well, it… it looks like a heart. Don’t believe me? If you fly a helicopter to the Statue of Happiness, there’s a set of doors that says, “No hidden content this way.” Go through it, and you’ll find a giant heart bound by chains. If this is some kind of social commentary, I’d love to know more about it.

3. Chrono Trigger – Sometimes, if you try really hard and do your best in a video game, you get to meet the developers. Well, not really, but there is a hidden developer room in Chrono Trigger. To access it, clear the game once and start a New Game+. Once you do that, a gate will appear at the start. Take it to do battle with a super-powered Lavos, and should you emerge victorious you’ll encounter the developers (in-character) at the End of Time.

2. Halo: Combat Evolved – Never ones to shy away from having fun with their player base, Bungie always had fun gags to show players who completed the Halo games on the hardest difficulty setting. In the first entry, the extended ending shows Sgt. Johnson batting an Elite for his assault rifle. However, the scene takes an unexpected yet hilarious turn once the Pillar of Autumn’s self-destruct sequence gets activated. You need to see it to believe it.

1. Mortal Kombat – The game that practically invented the ESRB rating system tops my list. Sometimes before a match, a green ninja appears and drops hints on how to encounter him. This ninja’s name is Reptile, and he was the biggest secret in the game. To battle him, you had to wait for The Pit stage to appear in single-player and hope that a silhouette flies past the moon. Once those conditions are met, you must get a Double Flawless and finish your opponent with a fatality in the second round. Then, and only then, do you get to fight Reptile. This is also the only way of fighting on the bottom of the pit, which is covered in spikes and made a return in Mortal Kombat Trilogy years later. Click here to see the method in action.