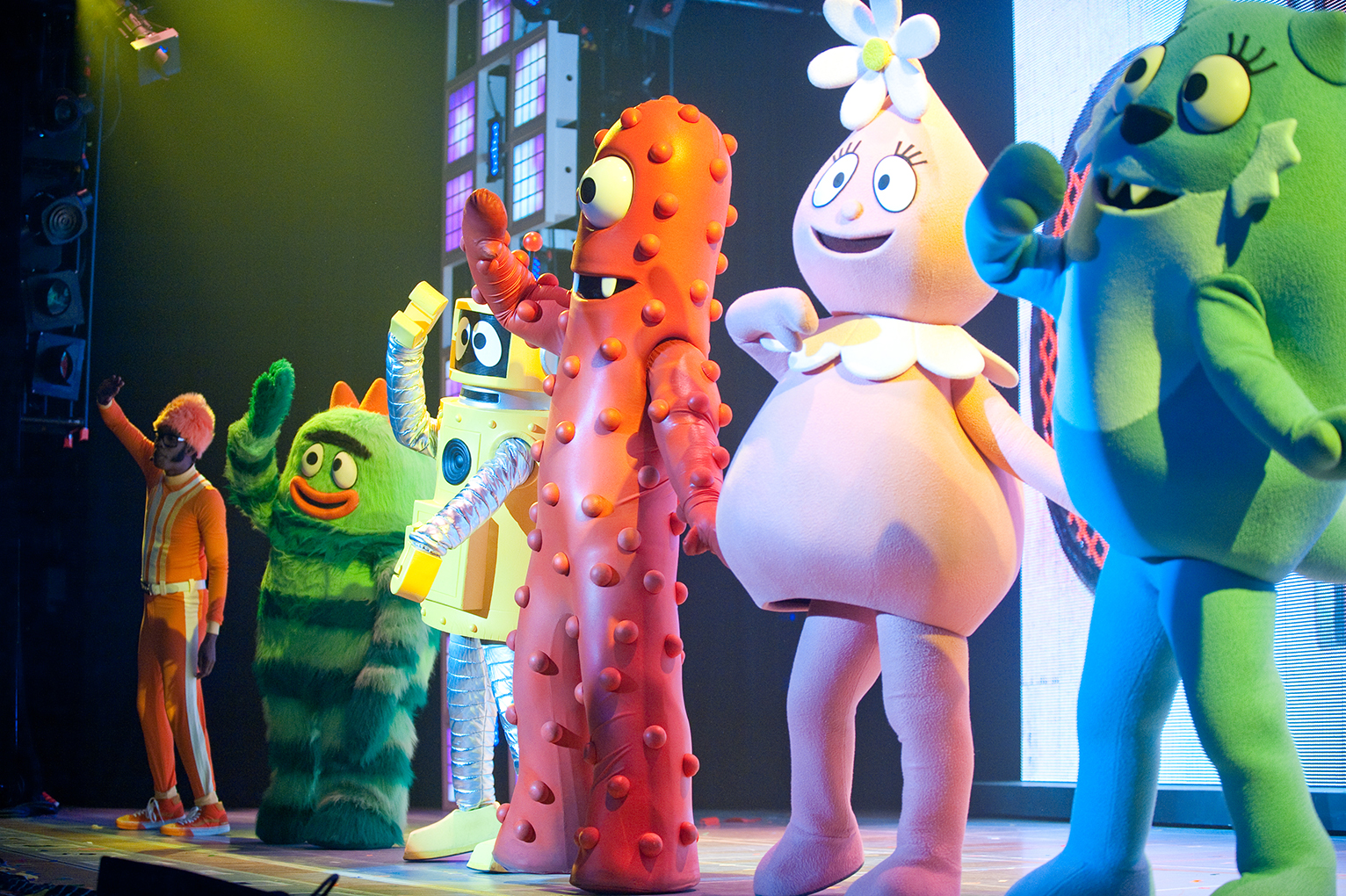 Being the age that I am, something I am not prone to is watching shows geared towards children as they really don’t have much interest towards me.  Almost a year ago, my sister gave birth to my beautiful nephew Eddie, and I was introduced to some really great shows for him.  One being Yo Gabba Gabba, which is one of the more illustrated and interesting children’s shows to come out in recent years.  They came to the Paramount Theatre in Huntington on Thursday and boy oh boy did they deliver.

As I walked into the theatre with my family in tow, you could feel the energy and excitement fill the room with the sound of laughter and screams from all of the kids alike.  Even the parents were gearing up for the fun that was about to ensue.  The show started with the usual opening that the show features, with DJ Lance Rock walking across an empty white soundstage, holding a boombox.  When he opened the boombox, all of the characters appeared live on stage! Muno, Foofa, Brobee, Toodee and Plex all stormed the stage and even myself at the age of 26 was super excited!

The show featured them performing some of their most popular songs from the actual television series, and of course there was dancey dance time.  There was a ton of audience interaction, and everyone had a good time throughout.  The highlight of the night in my opinion is when rap legend Biz Markie came on in the end and did his Biz Beats, a popular segment on the show.  The show ended with the gang performing “Goodbye”, one that they did on an episode featuring Jack Black.  Overall, the show was not too long as it was designed for children, and everybody seemed to have a great time.