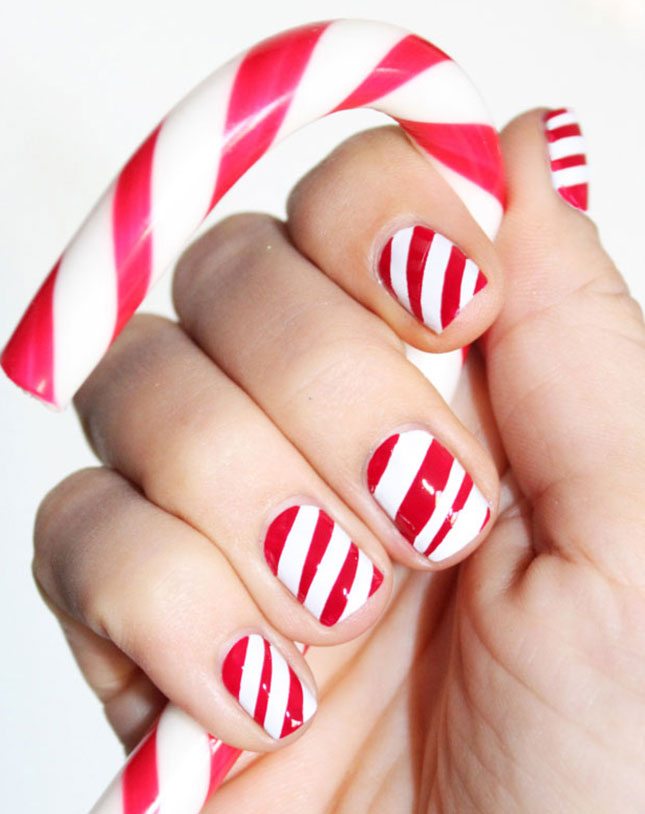 The holidays have wrapped up and the new year is rolling in, but what’s going on with your manicure? With just a week between Christmas and New Year’s Eve, it is easy to let the candy cane mani last a bit too long or your current color chip off rather than start new. But you don’t need to find the time to go back to the nail salon to step up your nail art game for the new year. All you need is a quick swipe of a new color, or even a quick tweak to your existing color before you head out for the night.

END_OF_DOCUMENT_TOKEN_TO_BE_REPLACED 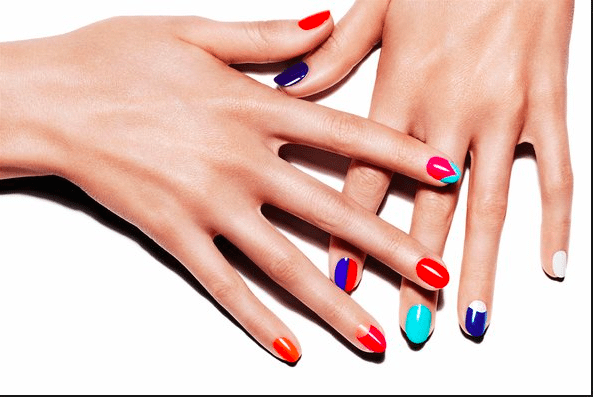 Since Undercover Colors went public earlier this summer, many have reacted to the company’s effort to aid in sexual assault prevention, which involves nail polish that changes color in the presence of “date rape drugs” slipped into someone’s drink, the idea being that a woman dips her finger into her drink to give it a stir and subtly procure information about the drink’s possibly insidious contents.

The North Carolina State University students who are developing the polish don’t actually suggest that it will solve the problem of date rape and other sexual assaults aided by drugs like Rohypnol, GHB, and benzodiazepines (those that the nail polish will detect). They plan to proffer it amongst a slew of “technologies” meant to “empower women to protect themselves from this heinous and quietly pervasive crime” known as sexual assault, according to the Undercover Colors Facebook page.

At first glance, this may seem (as it did to me, to be honest) like a cool, not to mention helpful, product. It’s empowering women by adding another tool to their self-defense kits! It’s subtle enough to prevent women from feeling burdened by it! It’s a health-positive fashion statement! Even women who are careful never to put down their drinks at bars or parties could consider this product helpful when it comes to the first or second dinner date, in which one might abandon her glass to go to the restroom without yet having gained full trust in her dinner companion.

After engaging in such reveries about the nail polish created to prevent sexual assault, it becomes easier to fasten on its many problems. First of all, it’s inherently gendered. Though I’m by no means saying that men do not and should not wear nail polish, the product is specifically aimed at women, sending the message that sexual assault happens only to women, or is only a women’s problem. It’s in part because of this attitude that sexual assault goes so frequently unreported amongst men.

Undercover Colors uses language like “empower” to suggest that it’s fighting the dynamic in which men traditionally have the upper hand over women. However, is the dynamic changing when it remains on women to have to work towards sexual assault prevention? In other words, it’s not a bad thing that, thanks to the polish, women have another tool to add to their anti-SA toolkits (sidled up to pepper spray in pink containers and purse-sized revolvers), but the product markedly keeps the responsibility of ending this kind of assault on the side of the potential victims.

As Undercover Colors puts it (again, in their Facebook mission statement), “Through this nail polish and similar technologies, we hope to make potential perpetrators afraid to spike a woman’s drink because there’s now a risk that they can get caught.” Is this really the best approach to stopping sexual violence, by scaring potentially violent aggressors into accountability (not to mention the, if small, possibility that they already can get caught—but no need to go into the legal system that’s overwhelmingly soft on these kinds of perps, police that have trouble taking these crimes seriously, and the stigma and shame associated with reporting them)?

Working on prevention that targets these possible perps would send a much stronger message than prevention tactics that tend to shift the burden onto women. For example, with the prevalence of sexual assault on college campuses, more of these institutions are implementing workshops and information sessions aimed at prevention. These hope to foster awareness and group discussion rather than encourage women to endure the possibility of sexual assault “discreetly,” in silence.

Also, by putting the responsibility on the side of the women the product aims to protect, it presents possible detrimental consequences for them. For one thing, bystanders who know that a woman is wearing her Undercover Colors may be less likely to interfere on her behalf if she’s in trouble. They might assume that this puts her in complete control of her ability to detect and avoid predators. However, alcohol alone often proves sufficient as a date rape drug, and it’s always worth looking out for your friends when out on the town. Let’s think even further forward, to the post-assault moment when ill-informed cops ask questions like, “Well, did you say no?/Is this what you were wearing?/Then what did you agree to leave the bar with him for?” Say technology like this nail polish becomes mainstream. Would police then ask survivors, “Why weren’t you wearing your nail polish?”

Of course, that’s looking at an extreme possibility, one that would come long down the line considering the Undercover Colors product is still in development. Regardless, it’s worth thinking about the implications behind any means of sexual assault prevention and asking what kind of overall dialogue it fits with, one in which sexual assault is a women’s problem, or one in which it’s a human problem. Naturally, we should aim for the latter.