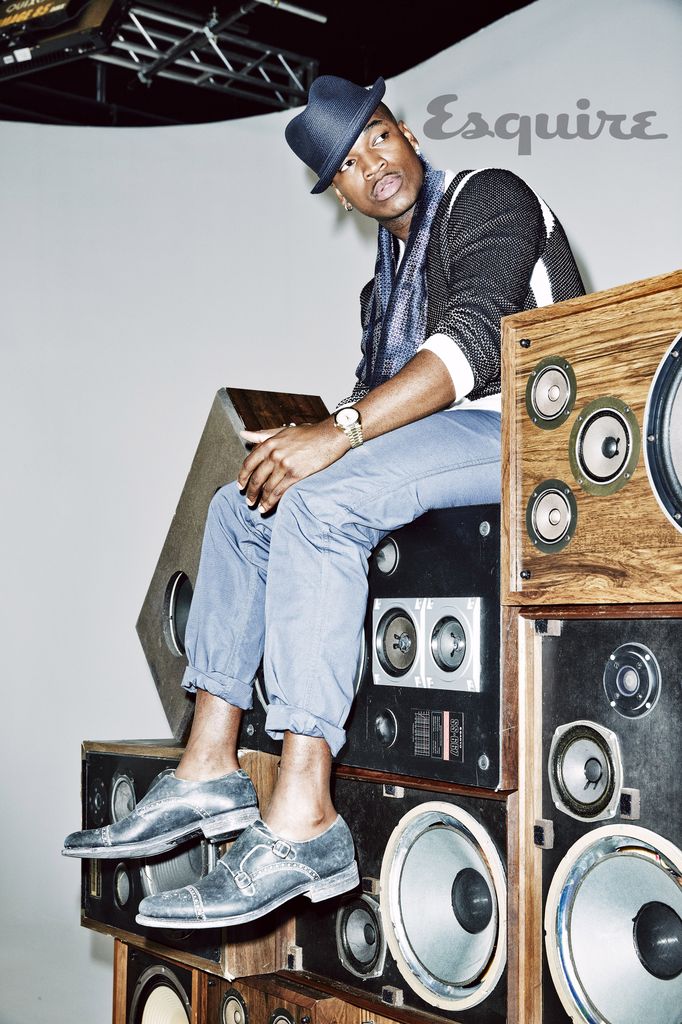 Hip-Hop & R&B Superstars Wiz Khalifa and Ne-Yo have surely made names for themselves over the past couple of years and cemented themselves firmly into that music industry.  Wiz is riding high with the birth of his son Sebastian with girlfriend & model Amber Rose.  Ne-Yo has a ton of projects in the works, one notably rumored joining the next season of X-Factor set to take place in September.  Both of them are featured in the upcoming fashion & music issue of Esquire magazine, on stands April 23rd.  Here are some of the topics that eac of them talked about-

Wiz Khalifa on his big moment: “Performing with Snoop at Coachella [in 2012] was crazy.  I grew up listening to Snoop and idolizing him.  But not only did he bring me out that night, he brought out Dr. Dre and freakin’ hologram Tupac.  To be in that sentence is pretty amazing.  Pinch yourself?  I had to slap myself.”

Wiz Khalifa on getting his: “I like learning new things.  Right now, I’m learning to sue people and get my money.  After talking to people who work for Donald Trump – smart, successful people – I’ve realized I gotta go after all that.  That’s what I’m going to do that I didn’t last year.”

Ne-Yo on his dancing:  “I’m not a natural.  I had to teach myself – or be taught – everything I do.  I just spent hours and hours in the mirror mimicking Michael Jackson.”

Ne-Yo on Sammy Davis, Jr.: “I grew up in Las Vegas.  My mom worked in pretty much every casino on the Strip.  She brought home the Rat Pack stuff.  Sammy was the only one that looked like me, so I naturally gravitated to him.  Sammy made it cool to be black at a time when, let’s just say it, it wasn’t very cool to be black.  His name was on the front of the building in lights, and he had to go in the back.  But you never saw him sweat.”

Want to read more about their stories? Click on each link below to find out more.