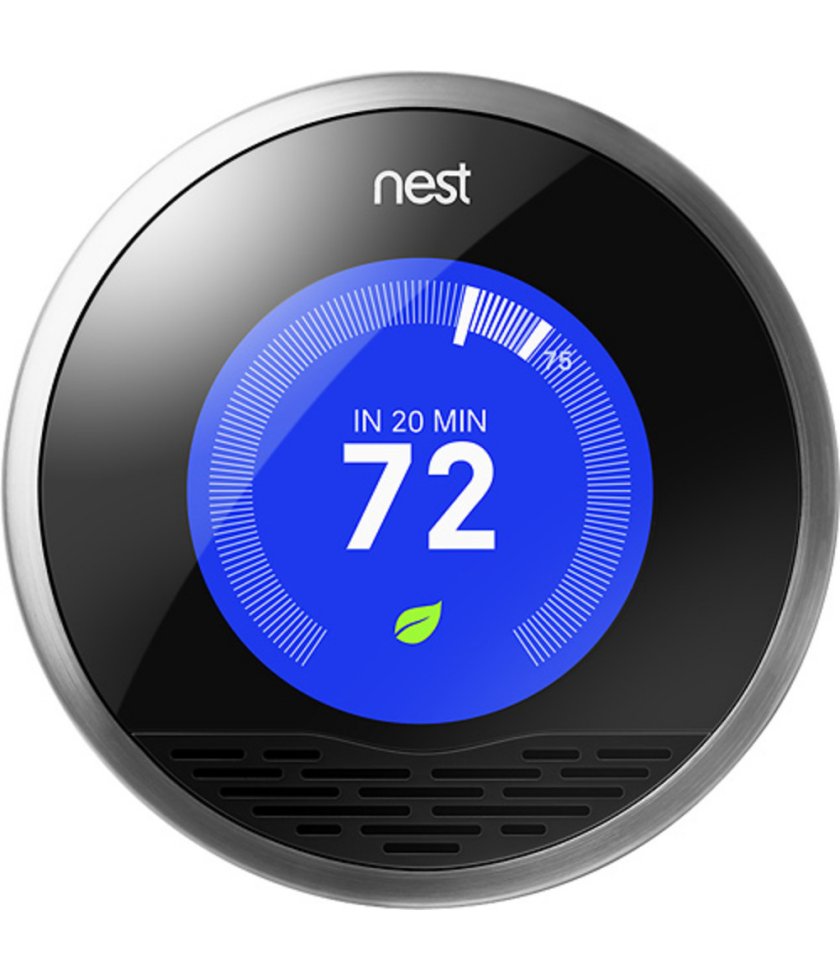 PALO ALTO, CA – On January 13th of this year, Google Inc. acquired the infant company NEST Labs for an astounding $3.2 billion dollars. The deal came only three months after NEST released its second product, the NEST Protect©. Google, a goliath of a company worth roughly $200 billion dollars, jumped at the opportunity to purchase the rapidly growing NEST before other giants like Facebook and Yahoo! had the chance.

NEST Labs was founded in 2010 by engineers Tony Fadell and Matt Rogers. Both Fadell and Rogers were employees of Apple Inc. at the time, boasting high-level positions at the company (Fadell has been called the driving force behind the original iPod). They took a large risk leaving Apple to start their own business – one which today has most decidedly been worth the effort. In 2011, NEST introduced their first product, the NEST Learning Thermostat©. The product was a success, offering a new and more modern application to heating and cooling, and utilizing WiFi technology to give users access to their home thermostat with their smart phones or tablets. With the success of the thermostat, Fadell and Rogers engineered their second product, released just this last October – the NEST Protect©. The Protect introduced a new-age look and functionality of the common smoke detector. Sales began to boom with the release of their second product, and Google Inc. saw the potential of the business.

The NEST Learning Thermostat and the NEST Protect both utilize WiFi capabilities, a component in modern technology which is becoming more and more prominent every day. The thermostat is revolutionary in that it essentially “learns” by way of remembering your particular habits and routines in the way you heat and cool your house. The temperature you are comfortable with becomes the norm, and the NEST will adjust it for you, saving you time and energy. At the same time, you can view and adjust the temperature of your home or office from you phone, even when you are not there. This comes in handy when you have a pet or children at home and want to be sure they are comfortable.

The NEST Protect is a brand new way of protecting yourself from fire and carbon monoxide. The product basis is the same, sensing smoke and chemicals and alerting you. However, it is far more advanced – in a sense, it’s smart. The Protect talks to you; If smoke is detected, it will first tell you that it senses smoke. If you’re simply burning toast, you can wave at the NEST Protect and it will hush itself- no more screaming alarm from simple cooking. The device is connected to WiFi and communicates with your smart-device. If there is smoke or carbon monoxide detected in your home when you’re not there, NEST will tell your phone. You can act immediately and contact emergency services. If the NEST Protect battery is low, your phone is alerted. No more chirping. Essentially, The Protect is revolutionary because it talks to you, and doesn’t rely solely on screeching loud obnoxious alarms.

Currently NEST Labs products are available only in the United States, though are expected to become a global product soon. The NEST Thermostat and NEST Protect are available through nest.com and found at sever retailers, including Amazon, Apple, Best Buy, Home Depot, and Lowe’s.