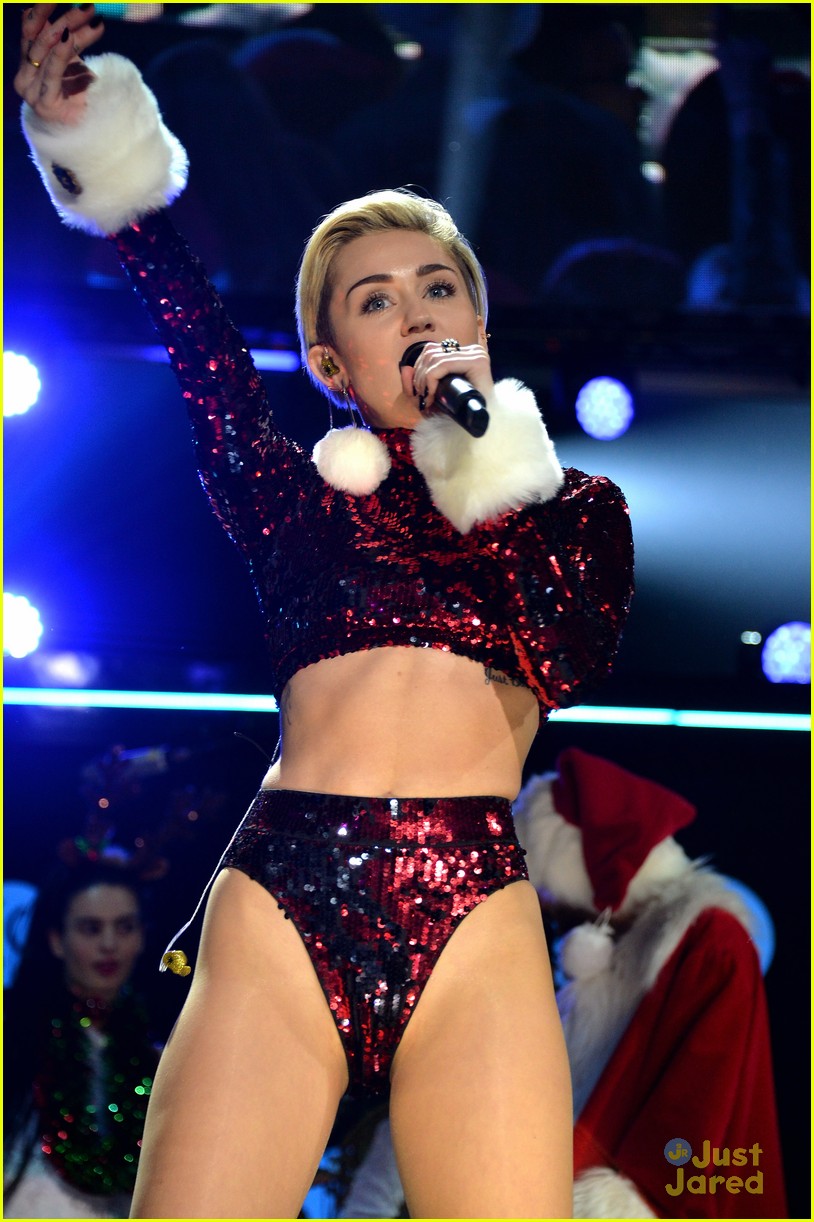 As a lifelong New Yorker, I have consistently found myself zooming through each radio station to find the perfect song to jam out in the car with.  Just like an American classic like Peanut Butter and Jelly, I always know that no matter what, Z100 radio station will always find the right song for me to shake my groove thing to.  Yes my groove thing.  If you want to make fun of me or judge me, do it.  I’m awesome.  As long as I have listened to z100 I have also wanted to partake in their biggest event of the year, Jingle Ball.  This station always pulls in some of the biggest names in the industry jam packed with a ton of celebrities introducing them and this year was no exception.  Now partnered with the “iHeartRadio” with this event and more, the festivities took place last night at none other than the legendary Madison Square Garden.  The place itself was of course sold out, and as a 27 year old grown ass man I felt like I could’ve been some of these kids teen fathers, but nevertheless I had an awesome time and the whole show had a really nice vibe throughout the night.  There were some definite highlights and lowlights though, so lets take a look at who did best, and who mmmmmmmmmmmm not so much.

Random, random, random celebrities.  Most of the acts got really awesome people to introduce them, such as my homegirl Jordin Sparks and the star of my new favorite movie “Pitch Perfect”, Anna Kendrick.  Then… there were others.  First the z100 crew were great, and I am a huge Elvis Duran fan as I have been since I was about 10 or 11.  But… Katie Holmes?  Really, girl?  The snarky side of me was hoping she was going to introduce a Tom Cruise lookalike and beat him up or something, but that would’ve been too much fun for even me to handle.  They introduced Travie McCoy who was somewhere in the crowd but it became more like “Where’s Waldo” in which I couldn’t find him.  Not that he was that important anyways.  Finally, and this was both a highlight and a lowlight- R. Kelly.  I don’t get what he is trying to do lately, honestly.  Is he trying to find a younger audience with doing shows like this, where most people don’t even know what his last hit record is because they weren’t born yet?  At the same time, I did find it pretty amazing that a decent portion of the crowd was jamming along to his 2000 hit “Ignition”, so that is where the odd lowlight became a highlight.  I still didn’t understand why he was there though.  Oh, and let’s not forget to mention Lindsay Lohan, who is back in trouble with the court for ordering a hit on Paris Hilton’s douchey brother.  One word- GIRLLLLLLLLLLLLLLLLLLLLL.

Fifth Harmony & Austin Mahone.  Note that I didn’t include all the big teen acts in here, as the other ones were pretty much incredible.  These two, not so much.  Fifth Harmony is the girl equivalent to One Direction, in that Simon Cowell himself chose five random girls and placed them in a group.  These five made it to the final 3 on “X Factor”, a show that is crumbling in the ratings and that pretty much no one really watched last season (only for the Britney factor of course).  I felt kind of bad for them as they were legitimately on for 3 minutes.  They did their hit “Miss Moving On” and then some random song and it legit felt like they were doing “Night at the Apollo” and being rushed off the stage due to being booed.  Terrible.  Girl groups are way hard to market, and that formula really hasn’t worked in ages since the days of Destiny’s Child and Spice Girls.  Fifth Harmony really just looks like five random girls plopped together in a group and sing.  That’s pretty much it.

As for Austin Mahone, he’s got a great voice but my hope for him is that he is kind of like the Lorde to Miley, in that he’s the anti Bieber.  HE LOOKED AND SOUNDED AND DANCED EXACTLY LIKE HIM.  Great singer and all, but I think his marketing team should try to distance himself from the Bieber image so that there aren’t that many comparisons. Just saying.

Jason DeRulo- Nothing about his performance was a lowlight, Jason has a great look and voice to him.  He didn’t deserve to have the first opening slot, which in my opinion is the forgettable one.  He has been around for a long time now, and I was truly confused over who got to perform later than earlier.  Fifth Harmony should’ve been first, maybe even Enrique.  But not Jason.  z100 for the loss here, great performance.

Miley (Kind Of).  I have a love/hate type thing with Miley.  I get it, but there are times where oversaturation can come into play, and last night she continued to do so.  More twerking, more of the same.  You have a great voice, you don’t need to pull all these ridiculous shenanigans to get people to pay attention.  Just sing.  Take tips from Gaga on that.  She needs it.  Other than that, great job :).

Selena Gomez & Arianna Grande- These are two girls that are on their way to true superstardom, and are doing it in a way that isn’t forced and just the great reliability of their voices and looks (cough cough Miley).  Selena looked amazing in this form fitting red dress, and she performed a medley of her hits including “Love You Like A Long Song” and “Come and Get It”.  On top of that, she did some bomb ass choreography which really made her set a very flourished show.  As for Arianna, she just has that voice that really resonates of a younger Mariah Carey.  She did her own version of the popular WHAM song “Last Christmas”, and of course closed her set with her top 10 hit “The Way”.  Mac Miller sadly wasn’t there, but she made up for it by putting a simple performance and making it really great.  Good job girls!

Fall Out Boy & Paramore- Proving that alternative still has a place on top 40, these two in my opinion were the stand out bunches of the night.  Fall Out Boy, who should’ve never dismembered in the first place, put on a rousing rendition of several of their hits, my personal favorite being the closing one with “My Song Knows What You Did In the Dark”.  Really a superb performance.  I’m a big Hayley fan, and her and Paramore really did a great job with their set as well.

Pitbull- Pitbull proved last night why he is “Mr. International” because he put on the most electrifying performance of the night.  Fueled by his current chart topper “Timber” with Ke dollar sign Ha, he really got the crowd’s energy going.  Smart move by z100 by placing him somewhat in the middle of this because he really kept the crowd going for what was coming next.  His closing out song, “Give Me Everything”, was truly a spectacle to watch.  I give this dude credit for making it this long in the industry.  Well done.

Macklemore & Ryan Lewis- This was their year, and this was their night.  I love these guys so much, and it was great to finally see them perform live.  My favorite is of course “Same Love” which is such a great message to many people that goes beyond homophobia.  Best of the night in my opinion.

Overall, I would give the concert at 7 out of 10.  Apparently One Direction was there last year, which makes me happy I didn’t go as I would probably need a hearing aid at this point from all the screaming that occurred.  The show was good, but nothing really spectacular that I felt left me hanging for more and more.  Some of the acts should’ve gotten more stage time, and some shouldn’t have.  What did you think?  Sound off here and check out more articles like this on Manhattan Digest!