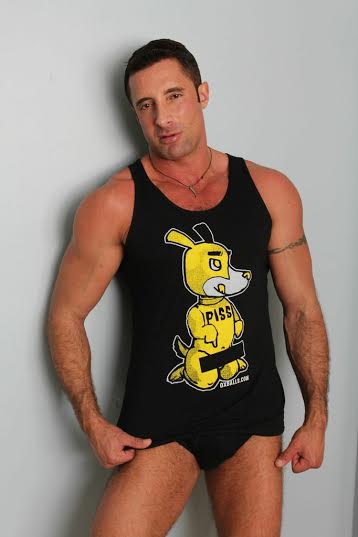 Finding longevity in any career is very difficult, let alone the adult industry.  Far too many times you find these “one hit wonder” types that come in like a lion and out like a lamb.  However, if you are smart, witty and know a thing or two about business, you can figure out how to stay on top (pun intended) of your game and still find an insane amount of relevance years later.  One man in the gay adult industry that exemplifies this is the beautiful Nick Capra.

Nick sits down with me at Manhattan Digest to discuss his start in the industry, high’s and lows, favorite scene partner, why the current crop of stars don’t measure up to the legends, and so much more.  Take a look.

How did you get into the adult industry in the first place?

It was quite by accident. I was dating a porn star, Troy Michaels at that time, attending holistic school and working as a server at a restaurant. My boyfriend came home to tell me he was doing an internet show for someone named Chi Chi LaRue. I had no idea whom that was, but, he seemed excited. He showed me a picture of the model he was going to be performing with and, this guy was gorgeous. Too gorgeous, I got extremely jealous. I told him, “Absolutely not.” And my boyfriend became frantic, because he was hoping Chi Chi would like his performance on the internet show enough to offer him a feature in a video. I asked my boyfriend if these shows were recorded and he told me they were only streamed. So, ignorantly I volunteered, thinking that no one would be watching some internet show.

I walked into Channel One Releasing offices, the day of my internet show with my boyfriend. The owner took one look at me, and got on the phone. I heard him say to someone on the other end of the phone, “Are you in the area? Good. Troy Michaels is here with his boyfriend. And this guy looks like an Italian movie star.” 15 min later, this huge man, came storming into the office. He had platinum hair, a goatee, and no eyebrows. He walked up to me and introduced himself. “Hi, I’m Chi Chi,” and the rest is history…or something like it. Chi Chi helped me pick out my stage name, Nick Capra, that day. And midway through our internet performance, he came into the room and offered both myself and my boyfriend a scene together. It was a video titled, “Finish Me Off”, which was filmed in February 2002. So, in a few months it will be the 14 year anniversary of the birth of Nick Capra…the accidental porn star, lol.

Tell me about your upbringing. Did you come out early in life, and what was your coming out experience like?

Great Ma, shitty Dad. I was skinny and gay and bullied (it was the early 80’s) because homosexuality was not embraced, much less tolerated by kids my age. I came out at 18 years old. It was awesome. My Ma was super supportive. When I told her, she said, “Well, i suppose if it looks like a duck, and walks like a duck…it’s usually a duck.” She hugged me and has always accepted who I am. That made it easy. Her love has always been my saving grace.

Going into any industry you have to have inspirations that led you there.  Any guys in particular that inspired you to join?

You document on your social networking pages about your sobriety with drinking and drugs, which I highly commend you for that.  What did it take for you to get to quit both and how hard was the adjustment?

That’s not an easy subject for me. I attempted sobriety many times, since I was 19 years old, to no avail. As a hardcore addict, it took something that held such tremendous depth and weight to really make me understand the value to life. Someone I loved more than life itself, died. That’s what got me sober.

Have you seen positive changes both in yourself and hearing from fans when sharing your stories?

The positive changes in me come from the truth I write about. And, when a fan writes me to share a story that was congruent with my writing, my heart soars. It brings more joy than any box cover, or magazine cover could ever bring me.

You have also had quite the longevity in this industry, where a lot of people tend to come and go really quickly.  What’s your secret on finding long term work in this type of an arena?

Of all the scenes that you have done, which would you say would be your favorite and why?

Do you have anyone in particular that you are dying to work with?

No. I’m not particularly impressed by the current group of stars. Comparing them to men I was in the industry with in years past; like Matthew Rush, or Arpad, or Johnny Hazard. But to answer your question, I find Ryan Rose to be an amazing performer. The camera loves him. And, he’s faced some demons, and is growing to become a better person. Sidenote: Ryan is actually more handsome in person, where most of these boys are so edited that you wouldn’t recognize them in person. Johnny V. is an amazing performer, as well. Love him to death.

What is next for the Nick Capra brand?

A memoir. The entire story, from beginning, to end. An emotional roller coaster, taking the reader through all the darkness…then finding my light. 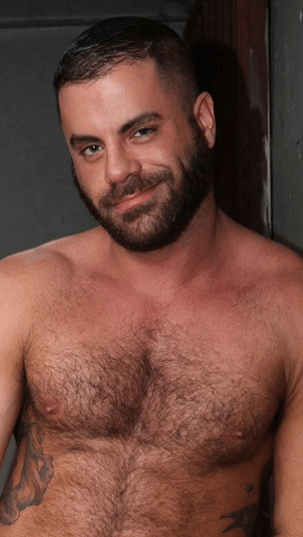 Its always a good thing when you can find a duality in the industry that you work for and be successful in doing so.  This can be said about adult film star Marcus Isaacs, who has built quite the impressive reputation in his nearly three years of being in the industry.  With an industry that has such a high turnover rate, Marcus’ popularity seems to continue to grow due to a multitude of factors such as good looks, charm, personality and being able to perform on camera.  He also rides the line very well with many different top studios and has been a fan favorite of many for the past couple of years.

So tell me what got you into the adult industry in the first place?

Actually Morgan Black was the first person to talk to me about what the benefits would be, and that it would change my life. At the time, I was just starting to go to the gym after not going for a couple of years, and to be honest I always had this inkling to be notorious and have a bit of fame and I knew that would be a way to experience that. Also, I’m a very sexual person so I saw it as a way to seal things in time so that when it’s all said and done and I’m 50 or 60 I would always have those videos to look back on, and not the amateur ones but the ones produced by studios and projects that I worked on so I could say that I was part of that world.

Did you have any inspirations in the adult world besides Morgan that drove the desire to be in that world?

You are in the industry where there is such a high turnover rate, yet you remain relevant and more popular than ever. How have you been able to manage that over the course of three years?

Are there any particular scene partners or scenes that stick out to you as a favorite since you started?

The best time was my video “Breeding Marcus Isaacs” with Treasure Island Media. I felt so honored that Max Sohl did an entire collection of scenes based on myself. I was really humbled by it. I was really appreciative of that whole thing so I think that was the most memorable project or group of projects because that was six or seven scenes and then the last scene of the movie was an entire group scene with me in the middle. I don’t think a lot of stars get to have a video that has their name on it, so that was really kind of the biggest thing for me.

Are there any guys you would love to work with?

Obviously Damien Crosse but two other guys who I think are really hot and would love to work with are Rogan Richards and Shay Michaels.

So what’s your take overall on the industry today?

In doing my research on you, you also have done escorting for Rentboy for quite some time now. What do you think, in today’s day and age where you can find someone that would be into you in a click of a button, do people actually want to pay for an experience like that?

The reason is because, I think Grindr and Scruff and these apps are so difficult sometimes. Guys can be such jerks, hide behind their phones, play games and not be serious. They aren’t very nice to each other so I think a lot of times these guys who hire Rentboy’s just want a professional. There are no games, they show up when you want them to and they give you the fantasy that you are looking for. These apps can be so much work in terms of the back and forth, is this guy serious, is he just enjoying this type of thing with no end result, it can be maddening. So going through something like Rentboy is simple and time efficient while getting what you want at the end of the day.

You are based in Manhattan like a lot of other guys in your industry happen to be nowadays. Do you ever plan on relocating?

It’s interesting you say this because I was talking about this sort of thing with my boyfriend the other day. I have been in Manhattan for 18 years now and the thought of relocating elsewhere is something I would consider. There are reasons of course, but a change of scenery wouldn’t be such a bad thing.

What are you hopeful for in your career going forward?

I think I got another solid year in me with this industry. I would love to continue working with great studios and hot guys, like the scene I just did with Rocco Steele. That is the type of scene that had such chemistry and a connection, so if I could do a few more scenes like that and be memorable then that would be perfect. I love doing really organic and beautiful stuff and hope to do that as my career goes on.