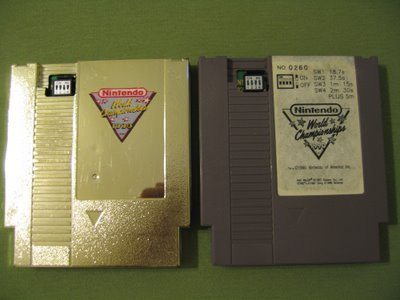 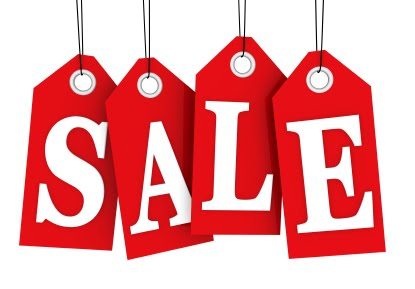 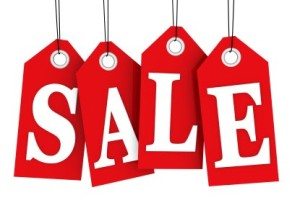 Sample sales are possibly the greatest sales there are in the city. Why? You can score designer pieces at a fraction of the price.

This Friday and Saturday you can check out TOME, Chadwick Bell, and Nomia women’s wear for up to 80% off their original retail prices, with items starting at just $50. Their most exciting advertised deals available at the sample sale are a beautiful silk Georgette cross back dress marked down to $395 from $875 and a heavy wool felt cape going for $595 as opposed to the original retail price of $1,475. If any of these great designers’ products has ever caught your eye, you won’t want to miss this opportunity.

If you’ve never gone to a sample sale before, there are a few things you need to know. They can definitely be overwhelming to the average shopper.

Here are some tips for shopping this weekend’s sale:

With those tips in mind, make your way over to the sale this Friday and Saturday. 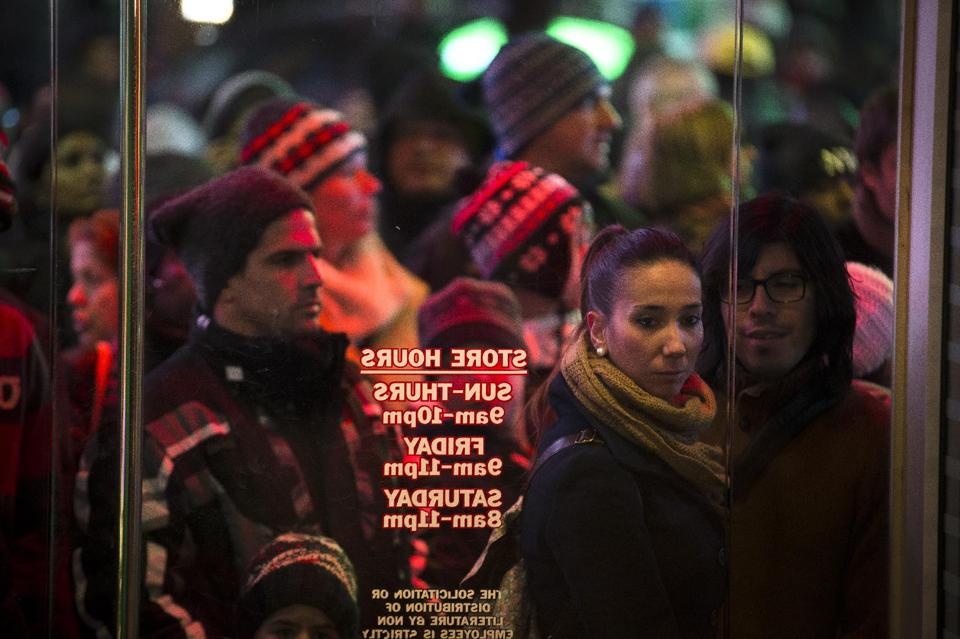 When looked at from a business perspective, Black Friday is anything but negative. The fourth friday of November, specifically the day after the American Holiday of Thanksgiving, is easily and consistently the busiest and most profitable shopping day of the year. Where many retailers might be “in the red” (pertaining to sales, in-the-red refers to a business not turning a profit, but instead losing money), Black Friday serves as a jump-start to the season where these businesses can move their sales “into the black” (turning a profit) – and then some. It’s true – the deals and the steals are an attractive and magnetic aspect of bulb-flashing and glitzy persuasion, if not coercion. Yet at some point in the rise of the blackness of that single day we seem to have lost sight of what it’s all for. Sure, you can cry recession: We’re all trying to save as much money as we can nowadays, and Black Friday serves as the opportunity to do just that while expertly amassing the perfect collection of gifts for our loved ones. And yet, is it all worth it? The camping overnight, clamoring, clawing and bickering? The arguing, belligerence, and warmongering mobbing? Does the gift of giving hold its purpose when we lose ourselves to achieve it?

The origin of Black Friday is not completely known. It has been referenced on several different occasions throughout recent history. The earliest known coining of the term occurred in the late nineteenth century during the Financial Crisis of 1869. During the Grant Presidency, the event was named, quite aptly, “Black Friday” – imputing the somber darkness of the term with the desolation of such a crisis. The term was not used specifically as a description for the post-Thanksgiving shopping frenzy until the year 1961, in which it can be argued that the current use of the phrase originated in Philadelphia, Pennsylvania.

The police departments in Philadelphia began to call the day after Thanksgiving “Black Friday” in regards to the terrifically obnoxious volume of overcrowding, traffic jams, chaos and crimes which did occur on that day every year. The Friday known as black held its title, and a gradual spread of the adjective quickly erupted. Soon it was a household date. Soon the department stores began to use it to their advantage.

It did not take long for major retailers to realize the full potential of what Black Friday could mean for business. There had been sales and deals on that friday long before the color graced its presence, but now there was power behind those two words. Instead of simply printing “50% off” on billboards and newspapers, retailers started to put “BLACK FRIDAY SALE” as their headline. People started paying attention. The words held a sort of ominous and dark-side implication. This drew in the crowds. Human nature took over. This wasn’t generosity-friday; this was Black Friday. This was no longer bargain shopping – this was war.

Black Friday is profitable. That much is certain. The numbers jump for consumers, small businesses, and big businesses alike. Yes, it is good for the economy. What is an economy, however, distributed among a commune of tyrants? Some may say it’s inhumane. Some may say that’s America. Both assumptions are quite correct.

Clearly, the number rises significantly each year. It can be called astonishing that in the midst of a global recession period during 2008, the country as a whole still traveled in droves to spend money on the biggest friday of the year. Some may call this positive and patriotic; others might call it irresponsible and greedy.

The numbers for 2013’s Black Friday have not yet been accurately reviewed, but given the trend of the chart, it can be assumed that this year topped over 60 Billion dollars in sales.

Where there is Black Friday, there is violence. That has become the norm; that has come to be expected. Each year there seem to be more reports of growing violence and tragic accidents as a result of the mobbing crowds of the holiday weekend. Where there is an expectation of joy and giving, there is bloodshed.

Unruly shoppers charge into stores as soon as they are opened. They trample. People are injured. Stores present gimmicks, like dropping coupons from the ceiling once their doors open. And in moments like those, people seem to lose a piece of the humanity they claim to be shopping for. They charge at the idea of a discount without a second glance at what or who stands in their way.

In 2008, a Wal-Mart in Valley Stream, New York opened its doors for business sharply at 5:00am. The crowd of over 2,000 people charged the doors like a stampede, killing a 34 year-old employee in the process. Two others were needlessly shot to death over a product altercation in California that same friday. 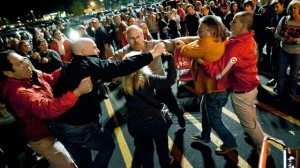 In 2010 there were multiple stabbings, arrests, and another trampling of a man in Buffalo, New York.

In 2011 there was a violent pepper spray incident pertaining to an altercation over the new Xbox 360. A man in California was shot.

In 2012 several people were shot, some over a parking space.

And this year was no exception to the curse of the friday known as black. On Thanksgiving evening, as it has become the beginning of the shopping frenzy recently, an alleged shoplifter dragged a police officer from his car while trying to escape in Illinois. The assailant was shot. In Las Vegas, a thief took a TV from a man who had just purchased it. While trying to retrieve the television, the victim was shot in the leg. There were multiple scuffles at stores across the country (especially Walmarts) involving several stabbings, fights and small crowd riots.

In Minnesota a man named Serge Vorobyov, who wanted to give cheer during Black Friday, dropped 1,000 one-dollar bills down to a crowd on the Rotunda of the Mall of America. It quite literally was snowing money. The crowd, in a disorderly fashion of course, went crazy for the money. Vorobyov was arrested and charged with disorderly conduct.

And in Philadelphia, where the entire Black Friday culture is thought to have originated, two women were caught on cell phone video fighting violently after an argument escalated. It seemed to be like any other Black Friday scuffle – one of many emerging amateur videos catching the instigators in the act – until one woman suddenly pulled out and began to use a taser gun. A security guard quickly broke up the fight – a potentially deadly fight which took place mere feet from a baby in a stroller.

So where do we stand? Where does society go from here? It can be said that the overall goal and purpose of Black Friday is to create a win-win circumstance for both the consumer and the nation’s economic well-being. And yet each year, as profits grow, so does the bloodshed. Are those who are injured or even killed simply “casualties of war” in the skirmishes that we create? No. That’s absurd. This isn’t a war. No bargain, whether it be a 20% or 100% discount, is worth the price of blood on our hands.

It is important to note that with each year, overcrowding and needless arguments are not the only problem on Black Friday. Robbery is an escalating trend. It’s not enough for some people to have the advantage of mega-deals and bargains for the items they seek. They want everything for nothing. Black Friday, with its growing reputation for irresponsibility and lack of morality, is becoming an open-door of opportunity to thieves and criminals. And rest assured – those things they do steal are not going under anybody’s tree as gifts.

It’s very simple. The only thing we still lack on Black Friday is patience. Nothing is worth violence or hatred toward another human. Nothing that comes in a box is worth letting yourself become a monster for a single day. You may not get that last big-screen TV for your husband, but you will be there on Christmas Day. And that still must be the most important gift we can give. And the good news – it’s completely free.