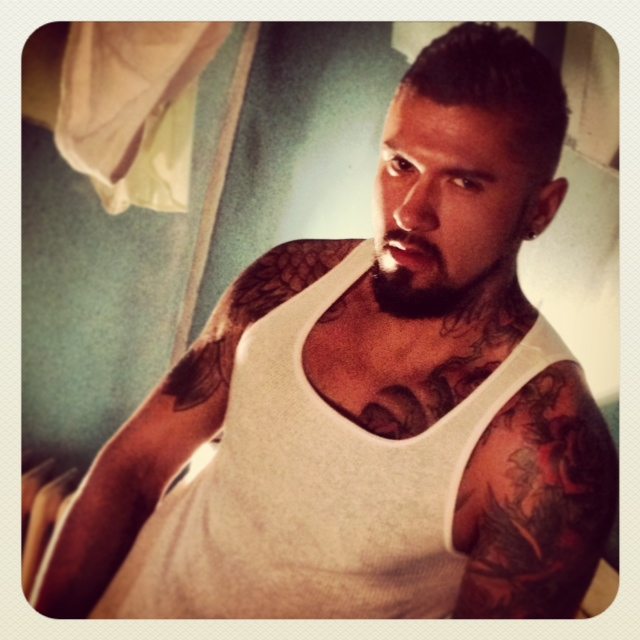 I have run into a good amount of stars in the industry who have left me leaving with a bunch of different thoughts on who they are not only in it but outside the industry as well.  Boomer Banks is someone who caught my eye not only because of his good looks but because when I got to know him he just seemed like a really great guy.  When he agreed to do an interview with me and I got to know him more, my beliefs on him were confirmed and I got to know a really great side to him.  The new Raging Stallion Exclusive  is making a huge name for himself in the industry and on social networking sites like Twitter (9,000 fans and counting) and will be performing tonight at the annual Hustlaball NYC which is one of the biggest gay events in the world.  He sat down with me this past week to talk about his meteoric rise in the porn world and some pretty great insight on how he seems things from an insiders prospective.  Take a look.

So Boomer, what made you want to get your start in the industry?

Was your side job as a Rentboy aid this decision or hurt it, because it can go both ways?

No, it aided it.  I guess it opened my mind to what is out there as I’ve heard every request possible.  I make it very clear that when i am “escorting” that I will not do anything that I don’t want to do.  And to this day I haven’t.  I’m very conventional to who I am.

So let’s keep it real here- you are well endowed.  Do you think that has helped in you getting cast in more well known productions?

So, listen I’m sure that I did get noticed because of that.  That can only carry you so far.  There are many men that have large cocks that come around but many of them don’t have the staying power.  Mind you, I am only saying that in regards to what I’ve seen.  I am a lot more than that.  I think that’s what Raging Stallion when they wanted to sign me saw that in me.  They saw one thing, but then they saw someone that can represent their company as respectful as one can be.

I am friends with Johnny Hazard, I’ve known him for a year as an acquaintance.  He is definitely a confidant in this whole process, great guy.  He still to this day is using everything that he has achieved to his advantage without hurting anyone or himself along the way. Since then I have let some legendary people in the industry.  Chi Chi Larue has been a huge cheerleader for me, Sister Roma as well.  They are all amazing individuals.  It’s been very interesting and very welcoming to say the least. 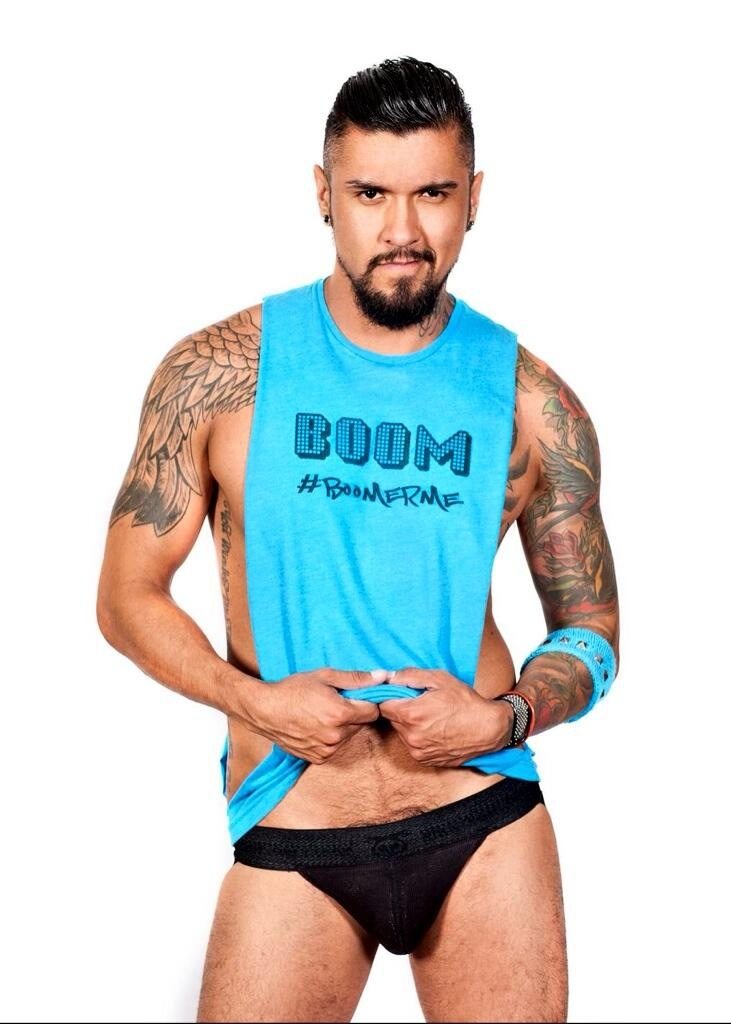 How many scenes have you shot so far?

I’ve done five scenes so far, two have been released.  One with Marcus Isaacs for “Timberwolves” and James Ryder for the “Hard Friction” series.

The one that was just released that is getting quite a lot of buzz is with Marcus for “Timberwolves”.  Tell me about what that experience was for you being that that was your first big scene that you shot.

It was awesome, it was the most amazing experience for someone not knowing what they were getting into.  I know Marcus personally which made it very easy for him to coach and talk to me.  Because I am so coachable and easy to talk to it made the whole experience that much better for me.  There were even a couple of times where he didn’t need to coach me because I seemed to comfortable.  I just felt at ease and even though it was a lot for me take  in it got me prepared for every scene going forward which subsequently has made it easier each time.

This is a question I have never asked anyone before- is there a huge difference between making love on camera and making love to someone in your real life who you actually like on a personal level?

Well number one- Raging Stallion is very much known for their elaborate production of everything.  The difference is every ten or fifteen minutes someone has to stop and say “Hey, do this” or “Now we are going to do that position”.  Porn is a job and people don’t realize that it’s not another hotel room where the cameras are rolling and they let you have sex.  It is a very thought out process- we talk about positions and how we are going to end everything, close ups, lighting- it really is a full blown production.  It’s not a job when you know someone personally.

Do you think the adult industry lately has more of a negative view or a positive view?

Then there is the only point where I’ve also read that a lot of porn models don’t like to work with different races.  I can’t speak for those other models but I do notice that it’s very rare when that happens.  I have no problem with it.  I’m a performer and I get paid to do things so I see no problem in being asked to do something and doing it.  If you are working at a coffee shop and there is a variety of races working there, you can’t simply say “I can’t serve you coffee because of your race”.  It’s the same in both aspects.

What are you hopeful for in this industry?

I want to have a good run in this industry. I want it to be filled with integrity and honestly about my sexual freedom which is what i was born with.  I want to make a name for myself so that my fashion design becomes more noticed.  I will be coming out with a Men’s line geared towards sportswear.  There has been a lot of companies that have paved the way, Nasty Pig is one of my favorites.  The adult industry porn is an amazing opportunity for me to take everything that i have to show on another level.  To all these incredible fans that long for something that they put on a pedestal.  I want to use that aspect in a good way because they are the ones who are visiting my pages and buying or streaming my DVD’s or whatever the case may be.

Great guy and a really profound interview.   For all things Boomer including upcoming appearances and releases, check out his Twitter page for more information.