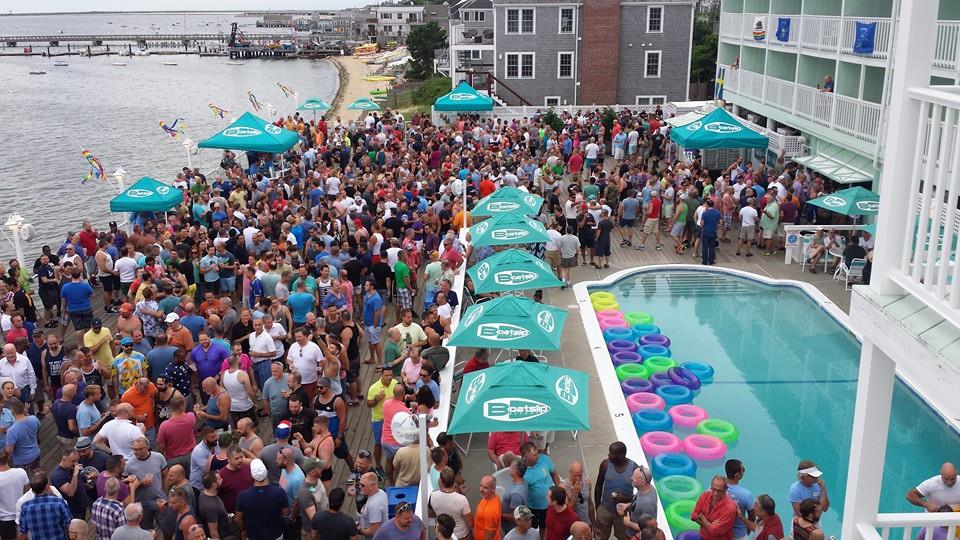 In my ten plus years of experience in and out of the bear community, I have unfortunately developed a somewhat negative vibe towards some of the activity around me due to a multitude of things.  Whereas some I have dealt with first hand, I for one used to throw a ton of shade at people who would go to large scale bear events such as TBRU in Texas and Lazy Bear in California.  Why?  To me it just seemed like a poor excuse for the bear community and that it was a drug infested orgy scene that I could see at any local leather bar here in New York City. I really had no first hand experience at any of those events, so throwing around that animosity was unjust and really stupid when you get down to it.  So cue to a couple of months ago when a friend from Toronto had an extra room available for the biggest bear event here in the United States, Bear Week, and asked if I wanted it.  After some initial hesitation (mainly because financially it made sense but I was still apprehensive) I said yes and for the first time in years got genuinely excited for something bear related.

In the months since I booked the room, I have heard opinions from a variety of friends who have experienced Bear Week before.  From the restaurants to go to and to avoid, the events that you want to be there for the entire time and the debauchery that y0u want to get yourself into, it can really jog a person’s head as to what you should do and what you want to do.  As helpful as my friends were in this, this was the first experience since heading off to college ten years ago that I really wanted to be authentic in every way shape and form.  I wanted to go in with a clear head and conscience and not rely on my past negativity to influence each day that I was there and the future days to come.  It’s like anything else in life, like going to a movie but relying on outside critics to influence the true outcome of what your own brain thought of it.  In this sense, I focused on myself and what I truly got out of it.

In the eight days there (which at some points felt like a month, but in a good way), I narrowed down my experience in Provincetown to a bunch of points that I think anyone can look at and reflect in how they felt going the first time and each time since then.  Take a gander.

Bear Week and Provincetown is ultimately what YOU make of it.

After leaving PTown early Saturday morning, that is truly I think the best tip I could give anyone who is weary of going to Bear Week.  This is a week that is truly special in so many ways when it comes to our community.  If you go into it with a positive attitude, positive things can happen to you.  The same goes for the opposite effect.  If you are Debbie Downer the entire time, and are mad because a flock of men aren’t on your dick or the food you were eating didn’t pique your interest, then you are going to be swimming in your negativity and leave on a sour note.  Who wants that, seriously?  The thing about Bear Week is that it is planned so eloquently with so many different events, it really is up to yourself to plan accordingly and navigate this tiny island to whatever you feel is best.  First time there and want to go to the meet and greet and Joe’s Coffee House?  Enjoy.  Want to bear (or bare) all at the Singlet Tea Party with thousands of other bear minded people? Do that. It really is all about pacing yourself, as this week can be truly overwhelming, and going with whatever flow you feel necessary.  I think that is also a good mantra in life, is to go with what you feel is best, and not what other people feel.

It is a plus if you go alone or with a group of friends.

Even though I drove up with two very good friends from New York City and stayed with new friends from Toronto, ultimately I did come up alone in this as I didn’t plan ahead enough in time to come up with a group of friends.  That can be met as challenging sometimes, as you don’t have 3-5 people around you to decide what to do on a daily basis.  But, if you are an extrovert like me, it can lead to wonderful types of things.  For one, I was able to make friends very easily as I had already known a good amount of people who were going.  It made the social situation for me that much easier as I was invited to so many private BBQ’s, parties and events that I never felt as if I was left out.  However, if you are an introvert and find it hard to make friends in social situations, you really won’t find that problem here.  I don’t know if it is something in the water or the air in Provincetown but at Bear Week specifically everyone is super friendly and nice and want to get to know you regardless of your size, skin color or what you identify as in the bear/gay world.  If you are ever at the epic and daily Tea Dance at Boatslip or soaking in the sun at the Provincetown Inn Pool, you will find that many people will simply just come up to y0u and say hey.  I think that is such an amazing thing as in other areas of the country (ahem NYC.  Sorry/Not Sorry) you truly deal with shady shadesters who stand in their cliques at all the bars and don’t let anyone in.  So making friends when you come alone should never be an issue during Bear Week.

At the same time, coming in a group has its great benefits.  I knew several people who did that, and they always had their friends around to go with to each social outing.  The only minor problem I would see in this is that it can be hard to go off on your own and hang with other people, but that might just be an internal thing.  The fact is,  no matter what you will have a good time regardless of the situation you bring yourself into upon arrival in Provincetown. 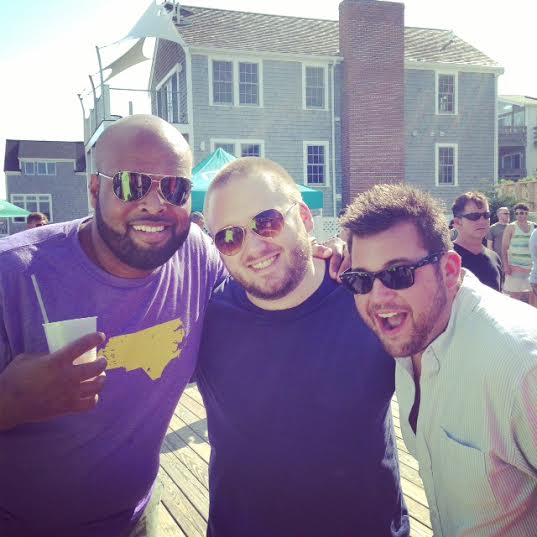 I would say that HANDS DOWN the most common misconception of Bear Week is that it is a non stop fuckfest everywhere, full of nudity and NSFW material that you wouldn’t want your relatives and non-Bear Week friends to see floating on the latest bear related Tumblr page.  It really isn’t, from what I saw.  Scantily clad men?  Of course.  Most of these events were by water or had themes to them that designed this, does it make it scandalous in that sense?  Fuck no.  This sort of rings true to what I said above about making it your own.  If you wanna go into this and have an hourly revolving door of men coming into you and your room then you do that.  What I truthfully believe this week is all about is the following- making new friends, reconnecting with old ones, and enjoying the surrounding environment.  Nothing more, nothing less.  So for these Negative Nancy’s to go around and say that this is all Bear Week is (one person I heard even referred to this as an HIV Fest.  Disgusting in so many ways), then think differently.  It really is such an amazing social event that I would recommend anyone to go to. 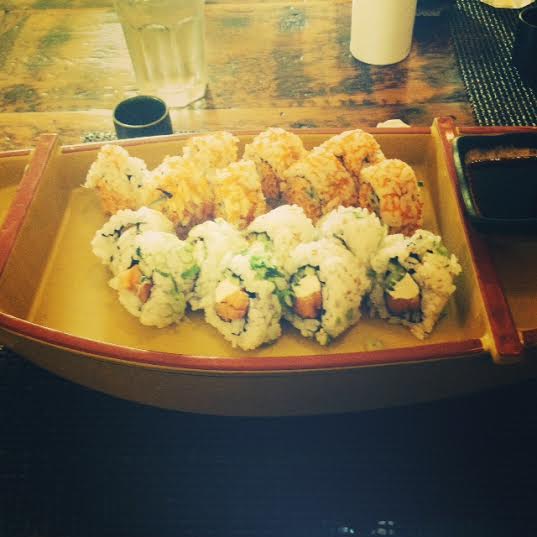 I’m a foodie.  I’m a bear.  I grew up with a mother who was a top of the line chef and always had yummy food available at my disposal growing up.  What I’m trying to say is that a bitch likes to eat.  So naturally I was excited about the foray of food that the restaurants at Bear Week had to offer.  Coming from New York City I was hoping that a lot of what I ate was up to par with that my city had to offer, and I hate to say this but I was let down by most.  Many were overpriced to a certain degree, but I can understand why they do this as this is one of their most profitable weeks of the year.  I just found that even if you are going to overprice that it should have quality included in that as well, and not just a fast turnaround reminiscent of a TGI Fridays or Applebee’s.  Some of the best food that I had when I was out was off the beaten path, meaning not directly on Commercial Street.  Saki was a good example, as even though it was on Commercial Street it was hidden behind a not so great pizza joint and a Ben & Jerry’s.  I experienced it the last night that I was there and the sushi was tasty and delicious.  Another great foodie find was in the dessert arena at Provincetown Portuguese Bakery, which had yummy homemade treats from Chocolate Cake to Peanut Butter Pie to name a few.  Definitely delicious.

Something I will learn for next year’s Bear Week is to ultimately cook more as homemade cooking tends to taste best.  Some of the BBQ’s that I went to had phenomenally made home cooked meals that tasted far better than a lot of the establishments that I went to.  No T No Shade to the restaurants, but ultimately I just felt a lack in taste and seasonings that the home cooked meals brought ten fold to bear week. 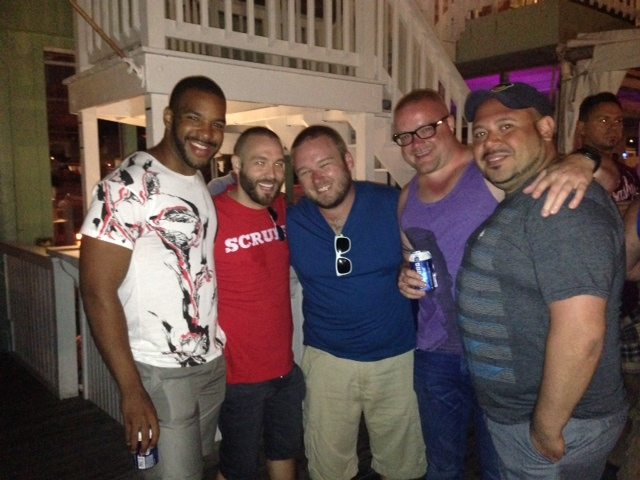 Just go and have the freaking time of your life.

Be happy.  Get a drink.  Meet some people.  Have a Vacationship (a vacation based relationship.  Cute).  Eat your heart out.  Make passionate love.  Take a swim in the Bear Soup.  Try some of the local vendors.  Go to the bear mart for some awesome clothing, toys and more.  Get some delicious Salt Water Taffy.  Rent a bike or take a pedicab and enjoy the sights and sounds of PTown.  Go to Stop & Shop the first day to check out what is to come for Bear Week.  Just enjoy yourself, because this only comes once a year and when reality hits on Monday morning and you are back in your cubicle at work, you will regret yourself if you didn’t leave in a fully realized form.  Trust me, as someone who used to think so negatively about this community I really have had an Oprah “aha” moment and have had a full change of heart.  Bear Week is something truly unique and amazing experience that bear or not bear I would recommend anyone doing.  Hopefully someone reading this will have a change of heart like I did and book reservations for it now.

Want to book for next year?  Check out the official page for more information!