Television In The United States 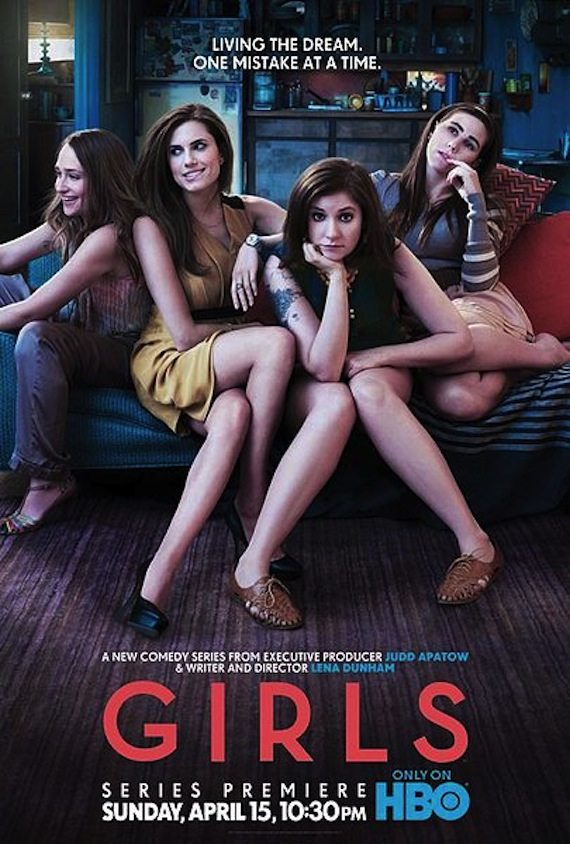 It seems like every year a show premieres on American televsion that the critical consensus will label as the “Most talked about new show of the year,” or “best freshman season of the year”. This is Girls season 2, a show currently on HBO. In 2012, however, Girls received both of those designations to such a degree, it almost feels like there were no other new shows that came out last year (correct me if I’m wrong). Receiving highly positive reviews, solid ratings, and an almost instantly devoted fan base, Girls arguably was the first show since Mad Men to come off as both niche and accessible right from the start. Despite it’s acclaim, however, the show didn’t escape some rather nasty criticism either. The more polarized responses to the show tended to feel that the characters on the show were unlikable, and poorly constructed. Also, there were some issues on the series four main character all being Caucasian girls, with ethnic groups only being rarely used. For the most part I found these criticisms a little confounding (Sure there was one use of a black actor portraying a homeless guy. big fucking whoop!), but I couldn’t help but feel that a few segments of the show were struggling a bit to find it’s voice. Now, however, as the show is currently four episodes into its second season it already seems primed to silence these detractors.

For the unknowing, Girls is the creation of 26-year old rising indie star Lena Dunham, who acts, writes and directs the series. After achieving some festival success with her debut film Tiny Furniture, Dunham received attention from Judd Apatow, who was looking to produce a new pilot for HBO. Thus Girls was born, a show that acts both as a semi-autobiographical respot for Dunham, as well as generational statement/satire for contemporary 20-somethings. Stepping into her fiction-suit as Hannah, Dunham has addressed issues that come up daily for post-college kids, such as financial issues, sexuality, and the ever looming sense that one’s generation has a unanimous lack of responsibility.

Almost right off the bat, Girls was likened to Sex and the City, as both shows focus on a quartet of sexually adventurous females living in New York City. Granted, I’ve never really watched a full episode of that previous HBO series, but I feel that people were a little too quick to make that comparison. Girls is far too quirky to have a strong resemblance to Sex and the City, nor is it as polished. Girls certainly gives off an indie film vibe, in everything from it’s use of lighting, set design, and props that are literally bought from relatively cheap flea markets located in Brooklyn.

There’s undeniably a charm to how amateurish this young show is in some regards, but the sophomore season (Girls season 2) is definitely showing some vital signs of maturation. In interviews Lena Dunham said that the issues involving the show’s lack of ethnic groups would be addressed this season, and she certainly kept to her word. In the season premiere we find that Hannah is currently dating a black guy (played by Community star Donald Glover), which could of come off as a gimmicky effort to silence naysayers, but instead Dunham writes the character in a really unexpected way. Avoiding any stereotypes, we find out that this new character is actually a republican, which causes an uneasy tension with Hannah’s liberal policies. It climaxes with a brilliant argument between the two characters.

That’s what is really great about this new season of Girls (Girls season 2). Dunham is aware of the show’s complaints and it’s status as being “hipster-esque”, but she’s combating them while at the same time being a bit self-referential in a mocking way.

I’ll reserve my final judgement on Girls sophomore season till it’s completed, but right now it’s safe to say that the series is going to silence many of it’s detractors this season.