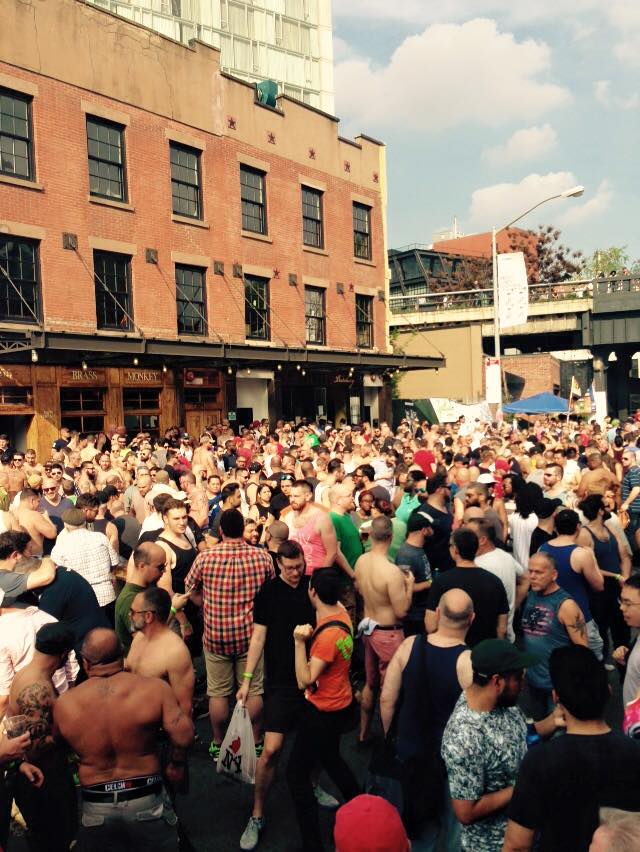 Bears galore this past weekend (and not just in my bedroom) as the 7th Annual Urban Bear Weekend took over New York City.  This is my fourth year attending this event, and I do have to say that coming from an area that is so highly concentrated with the bear community that it continues to get bigger and better with each year.  Organized by the talented and woofy Robert Valin, the event itself starts on Thursday and culminated last night.

Although I didn’t attend each and every event, I did have a bunch of friends do so and for the most part the reviews were quite positive.  Beginning on Thursday night, the event kicked off at with their Stache Bash Kick Off Party @ Julius Bar & Grill, followed by Code + Kink—The Urban Bear Leather/Fetish Party @ The Eagle NYC.  Not much of a fetishist myself, but the Eagle party was really a great way to start Urban Bear Weekend as it had a ton of people in attendance with their own fetishes on display aesthetically.

Friday’s big event is the uber-popular Underbear happening at one of the biggest bear bars in the world- Rockbar on Christopher Street.  With a line down the street, this was one of the three biggest events of Urban Bear weekend, where bears of all sizes stripped down to their skivvies and enjoyed a good old fashioned hot time with each other on the dance floor and throughout the bar.  I had a great time there with a group of friends, and really enjoyed the multiple dynamics of all the men in attendance.

Saturday during the day was a little lighter, as several bears banned together and went The 9th Ave International Food Festival NYC which occurred between 42nd and 57th street on 9th avenue.  The event was sort of like a carnival on pavement, per se, with several local vendors from entertainment, food, clothing and so much more putting their stock out on display for the masses.  The Honey At Large Dance Event was the big event that happened on Saturday night, taking place at Slake on West 30th Street.  With music by the super talented Bill Pfeiffer, the high energy party started around 10:30 and kept the crowd going for hours on end.

Sunday was the last and final day for Urban Bear Weekend, and they didn’t go out quietly.  My favorite event of the entire weekend is the 7th Annual Bear Fair, which happens on Little West 12th Street between Washington Street and 10th Avenue.  This is probably the most relaxing of all the events as it is a simple get together with the bear community to drink some beer, have some great street food and enjoy the great weather and each other.  There were performances by the incredibly talented, handsome and hysterical Peter Bisuito (My Big Funny Peter, picture right) and drag queen Ms. Ermine Muff.  It was also DJ’d by one of my favorites- Chauncey D, who spinned a great amount of modern and classic tracks.  Peter and Ermine were great MC’s throughout, with their great comedy routines and contests like the Best Beer Belly.  After that there was beer blasts at Eagle and Rockbar respectively, which were great ways to close the weekend out.

Overall, it was a great weekend here for the bears in NYC and I am looking forward to seeing what they bring next year.  For more information on Urban Bear, check out their official site.