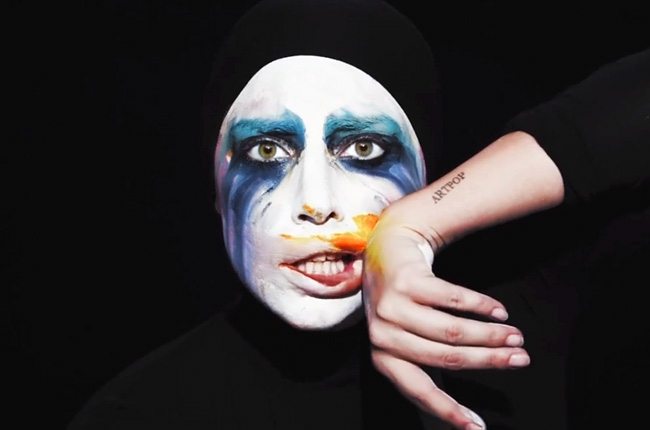 A couple of years ago, Lady Gaga was truly at the top of the world when it comes to music and beyond.  Adored by millions of fans, the pop superstar emerged from out of no where with her Avant Garde style not only in fashion but when it came to her music as well.   She won multiple VMA’s and Grammy’s and was touted by so many people as the next Grace Jones or Madonna.  Now only five short years after the release of Gaga’s first album, “The Fame”, a lot of those people have become naysayers and think that she has run out of steam in such a short time.  As for Britney Spears, more to come on that.

I can say that I am still to this day a huge fan of Gaga’s, but at the same time there is a point where oversaturation comes into play, even when it is someone like her who is consistently changing her style and tune to stay with the times.  There are certain artists that seem to narrowly avoid that term, such as Rihanna for instance, where she comes out with a fresh album every year yet always seems to hit the right notes of pop, R&B and even EDM hits that shoot her straight to number one on the Billboard Hot 100.  Yet, there are artists that can take too long of a break in between and not develop the way that a lot of them would’ve expected to.  Christina Aguilera is a prime example of that.  Her last two album releases have been critical and commercial flops and the only thing she seems to have going for her anymore is a gig on “The Voice” and the occasional guest appearances on other artists songs (Maroon 5, Pitbull, etc).  She never seemed to have the fluidity that other pop divas have had before her in terms of transitioning herself to keep up with the times.  To go from teen pop singer to dirrty girl to 50’s pinup throwback to a Gaga rip off to being a dirrty girl yet again doesn’t really equate to how you progress naturally in this industry.  Justin Timberlake on the other hand, who took seven years off to focus on an acting career amongst other things, came back with a roar in 2013 with “The 20/20 Experience”, an album that shot him straight to number one and has subsequently brought him into the music game, something that he started over 15 years ago.  For Lady Gaga, she tends to fit into the middle of this.  Here is why.

Gaga’s latest album “ArtPop” is her first in almost three years, mainly due to a broken hip that kept her off the stage for a year.  Of course, that is completely understandable.  But in this ever present world of chew em up and spit em out pop culture, sometimes taking a break that long makes you lose fans and have them gravitate to a newer and fresher pop star.  Although “Born This Way” was a commercial and critical success to a certain degree, many critics thought it was tacky that for the week of her release she listed the album as 99 cents as a ploy to sell more albums in its first week.  Granted it worked (a million plus) but many of the songs that were released didn’t get the praise that her previous hits (Bad Romance, Poker Face) did.  One critic said it sounded like “a major artist sprinting to please everyone all the time”.  The album was a bit all over the place and didn’t seem to have the cohesion that her previous efforts did, added onto the fact that it was a rushed album that was made in 2 weeks which other critics called out as well.

At the same time, there is a bit of oversaturation with how Avant Garde you can truly be.  Every performance or outfit is something completely different from the rest but there are people out there that think a simple LBW would shock people more than anything.  “The Fame” album was a great album in that it did a lot without having to do much at all.  I personally feel like she is at a stage in her life where she has to keep pushing the envelope to the point where no one will push back.  There was also a big battle when she released the first song off of “ArtPop” called “Applause” when she did it the same week as Katy Perry’s “Roar”.  Both pop songs with completely different messages and beats.  Katy’s was a simple song about overcoming a relationship with a great pop beat, Gaga’s was ultimately about her self absorbed way of saying she lives for her plans applauding her (sorry/not sorry but that’s my opinion) to a beat that sounded like a weird throwback to the mid-80’s dance movement.  Who won in that?  Katy.  Katy seems to take the smart approach with her music because it is approachable and easy to listen to, whereas once again Gaga tends to be a bit all over the place just to please an audience that is wanting more and more from her.  Sometimes, less is more.

“Roar” ultimately hit number one where “Applause” peaked at number 4.  Many artists would kill to have a number four slot on any chart but when you are a superstar like Gaga number one should be an easy get.  It was also stated by many fans and people alike that the song took a while to really get into whereas “Roar” and other big anthems that have come out recently like “Wrecking Ball” by Miley Cyrus and “Royals” by Lorde were instant hits.  Not at all saying that going outside the lines is wrong just to get a number one single, but at the same time it is good to conform at some point and do something simple.  Her follow up to “Applause” called “Do What You Want” featuring R&B King R. Kelly (a very odd choice but a good one at that) has only hit number 13 and has been on the charts for a couple of weeks, and is presently dropping.  Funny thing is this track is MUCH better than her first release, and another song off the album called “Dope” is even better.  Are there just stronger showings on the Billboard charts right now?  Maybe.

There are also two major artists with albums coming out that Gaga has to compete against- Eminem and Britney Spears.  Both artists who over the history of their careers have done what only a handful of other artists have been able to do and reach- diamond status (10 million plus sold on one album).  I believe for Gaga to rise above the pack she will have to come out with a song that truly shows why we fell in love with her in the first place and not necessarily “try so hard”.  Am I a hater- absolutely not.  I am just stating it like I see it and see how she has transitioned over the course of the past couple of years.  Gaga is a talented woman who will be around for a long time, I just hope that we look back on it in a positive way and not a negative one, that is all.  Check out Billboard for all major music news and album releases.