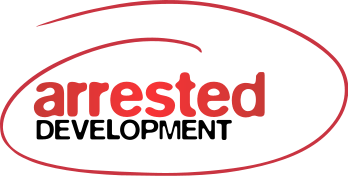 With no new premieres between now and the end of the year, I’m taking this opportunity to look back on 2013. 2013 in many ways felt like a transitional year on television with old standbys leaving the air (30 Rock, Breaking Bad, How I Met Your Mother), surprise returns (Arrested Development)and new shows looking to fill those spots in the public consciousness (The Bridge, The Americans).

Speaking of that public consciousness, it always seems like a handful of shows have a tendency to get the most ink spilled about them, the most mentions on people’s twitters and Facebook walls, and the most water cooler talk. Needless to say, the shows below are the ones I think tended to come up in conversations the most this year.

The Walking Dead and Dexter seem to always generate a lot of chatter, but it seems like both really lacked the visceral punch that episodes of many of the shows above it seemed to possess. Under the Dome conversely, was the most hyped new summer premiere for the major networks, but seemed to lose a lot of it’s steam over the course of the season for reasons both internally and externally.

Game of Thrones is the sort of show that I feel typically gets lumped in with the honorable mention category with the other genre shows I mentioned above. The key difference is, while it was an overall slow season for GoT, the Red Wedding episode generated an unbelievable amount of buzz. Toss in the usual string of Emmy buzz, and you have a genre show that managed to garner a lot of attention over the course of the year.

The Following makes the list this year solely on the hype it received prior to it’s January debut. During the 2012-13 Winter lull, there were a surprisingly high amount of people who were excited because Kevin. Bacon. Is Doing. TV. While the show itself ended up tapering off over time due to ludicrous plot twists and the fact that the show’s main allure came from it’s star, the initial hype was staggering during what was a relatively quiet winter season.

While Agents of S.H.I.E.L.D. has taken a fairly sizable hit in the ratings since it’s debut, it also happens to be the single most hyped show of the fall. This is in part because it hit all of the hype check marks: fits with the movie universe (check), super showrunner Joss Whedon had a heavy hand in it (check), and ABC burned it’s entire Tuesday to the ground to rebuild around it (check). While the show itself is dangerously close to flopping, I can think of a decent number of my close friends who had this date circled on their calendar since may.

2013 was a truly brutal year for the sitcom, and one of the few bright spots on the year was the return of Arrested Development. While House of Cards may have been Netflix’s first show, it was pretty clear from minute one that the streaming giant’s future (and credibility) was built around betting big on something the show’s cult following has demanded for years: new Arrested Development. The show itself delivered fairly well even if it’s new structure felt uneven at times and Netflix ended up receiving a lot of new subscribers.

No series had it’s fans going as far to protect it in the ratings as Cult. The CW had a massive hit on their …just kidding.

The show that dominated pop culture the most in 2013 was very clearly:

This was truly Breaking Bad’s year. Vince Gilligan and crew managed to do a difficult task that numerous other pantheon shows failed to do: stick the landing. This season was so well executed and so strongly hyped that Facebook would essentially go dark on Sunday nights and spoilers would often draw the ire of most (if not all) of your friends, neighbors, and family. The execution and hype were so strong that it single-handedly killed Dexter’s mojo (numerous articles were posted about how Dexter so thoroughly blew it’s last season compared to Breaking Bad) and the comparison even leeched out to broadcast TV, where the only peep heard about Under the Dome after it’s mid season run was the fact that Dean Norris had two characters die within a week. It won Best Drama at the Emmys, it drew the most attention online (three months later and Peter Foy’s reviews here still trickle into our top posts), and it generated the most buzz at the viewer level. The pop culture landscape has a huge hole to fill in 2014 without it.

Next Time: Later this week we look at the new shows this year that made my stomach turn the most as we look back at the worst of 2013. 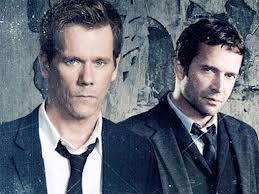