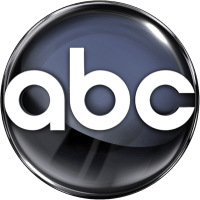 ABC did a moderate amount of shuffling of their upcoming schedule, but generally maintained their broader picture of female and family-friendly TV.

The big news, at least for me is the paring back of veteran competition show Dancing with the Stars to one night and scrapping the Tuesday results show. This has a number of repercussions on the rest of the schedule, and the Monday show will remain two hours in length.

The compression of Stars leaves the Alphabet with an all new Tuesday lineup which will be anchored with the much anticipated Agents of S.H.I.E.L.D. This show has high expectations from both Disney (who is using it to fill in the back story of its’ broader Marvel Properties) and the usual fans of the genre (who demand perfection). The rest of the night is a mixed bag of comedy and drama, as this is followed by a 1hr comedy block (with family comedy The Goldbergs and more sudsy comedy Trophy Wife) and the drama Lucky 7, about gas station owners who put their money in a lottery pool.

Wednesdays continue to be built around Modern Family, though oddly fellow hit Suburgatory has yet to be placed on the schedule. Similarly Thursdays seem to be fairly soapy, with a Once Upon a Time spin-off joining hit dramas Grey’s Anatomy and Scandal.

Fridays, Saturdays, and Sundays do not experience much of a change from last year, with the only exception being Betrayal slotting in at 10 p.m. Sundays.

CBS, on the other hand has generally elected to stay the course, with the exception of shifting Person of Interest into Tuesdays to allow for an expansion of Thursday’s comedy block to two hours. Of course if there was a year for CBS to expand its’ comedy offerings this would be it, as tent-pole shows How I Met Your Mother (9th Season), Two and a Half Men (11th Season), and Big Bang Theory (7th Season) are all starting to age in a genre where no live action show has gone longer than 12 years.

In other news, America’s number four network Univision is now making a Spanish language adaptation of From Dusk til Dawn, the network has been aggressively pursuing major properties, having acquired the rights to Breaking Bad and Gossip Girl earlier in the week.