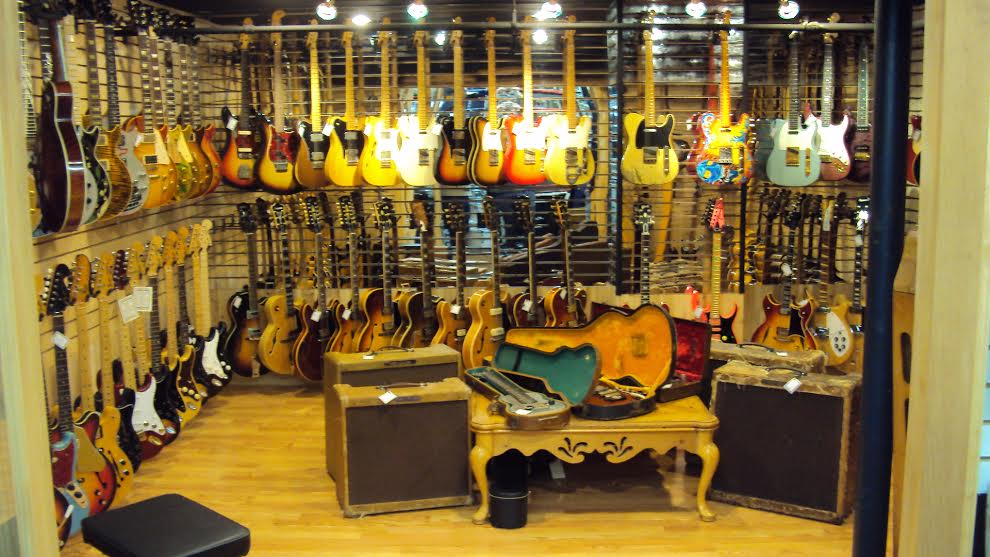 30 years in business for anyone is good, but when you add a roster of guests that include everyone from Twisted Sister to Keith Urban, you are clearly doing something right.  This past December, All Music Inc celebrated its 30th year in business at its flagship store in Plainview, Long Island.  They have been described as the musician’s best friend out here on the island, due in part to its massive involvement in all things music- from guitar selection, lessons and more- they have you covered.   They have even opened up their own Rock N Roll University in Hauppauge, which provides musical instruction with band performance rehearsals, eventually leading to live concerts.  More information on that here.

With all of the success they are having, I was lucky enough to sit down with owner Guy Brogna (pictured right) about the longevity of his business, his partnership with The Space in Westbury, and hopeful plans for the future.  Take a look.

How does it feel to be 30 years into the business?

Even though I have only been here 13 years, I have been coming to the store since it opened. I became friends of the previous owner, Irwin Natman, when he opened the store 30 years ago. I was coming to this store even before he owned it as a little kid. Back then it was called Straub Music.

What has been All Music’s biggest success story since inception?

Irwin started with only a handful of his own guitars on the floor to sell. If you come down now and look at the store, you will see over 700 guitars. The success of the business is the growth and staying power of a small store like this.

Speaking of, how did this whole thing get started?

Like before, Irwin started it. I became friends with him. Throughout the years All Music would take care of my instruments before I would go out on tour and in turn I would thank him and All Music on my cd’s.

Who are some of the bigger acts over the years that have stopped by All Music?

We have had so many! Mark “The Animal” Mendoza (Twisted Sister), Bakithi Kumalo, Billy Squier, The Good Rats, Most of the Scatterbrain, Rob Balducci, Johnny A, Jesse Lacey from Brand New, Anthony Esposito from Lynch Mob/Ace Frehley, Joe Satriani and Keith Urban have all at one point bought guitars from us.

What separates All Music from the pack, a la Guitar Center for example?

For one, service. Everything we sell we service. And service to the customer. We treat them like family. We don’t just try to sell them something we need to get rid of or make the most money on. We want the customer to be happy with the choice they make and we are there to guide them. No one works on commission so everyone that walks through our door is treated the same whether it is a $5 piece of sheet music or a $5000 guitar.

Tell us about your relationship with The Space in Westbury?

I did a show at The Space with WBAB, Twisted Sister and Joe Rock. When I first went into the venue I came across their Lounge. I immediately fell in love with the room. I approached them with doing shows for Long Island acts because there was nothing going on in that room and I felt it needed to be used. I supplied the back line for the room and we are bringing in different bands to play on Thursday nights.

What are your hopes for the future of All Music?

I hope to continue to grow and bring music to the younger generations to come. I would like us to become more of a destination for local musicians. I would also like to see people coming back into the stores instead of buying online. I can’t understand how you can spend thousands of dollars on a guitar that you never even picked up.

Want to know more About All Music Inc?  Log on to their official site.