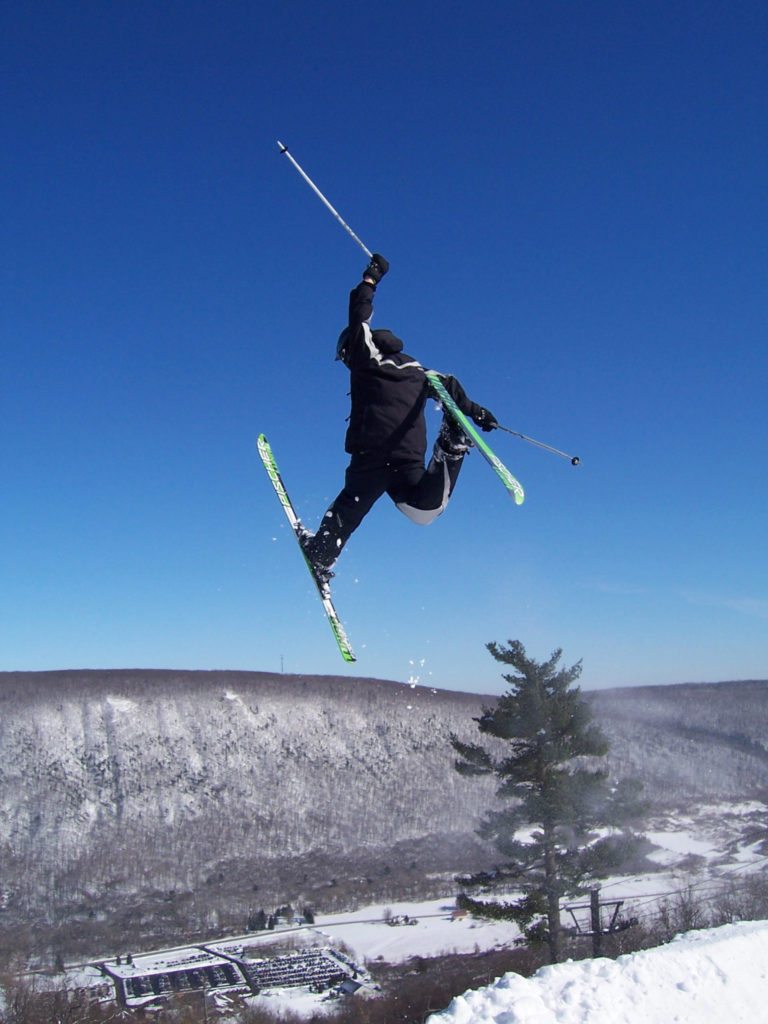 With the holidays in full swing this is also an indication that New Yorkers are planning their winter getaways. Your interest will ultimately determine which type of destination you’ll choose. The acutely chic crowd are more than likely planning a tropic vacation which is cool, anyone can appreciate clear blue water. END_OF_DOCUMENT_TOKEN_TO_BE_REPLACED 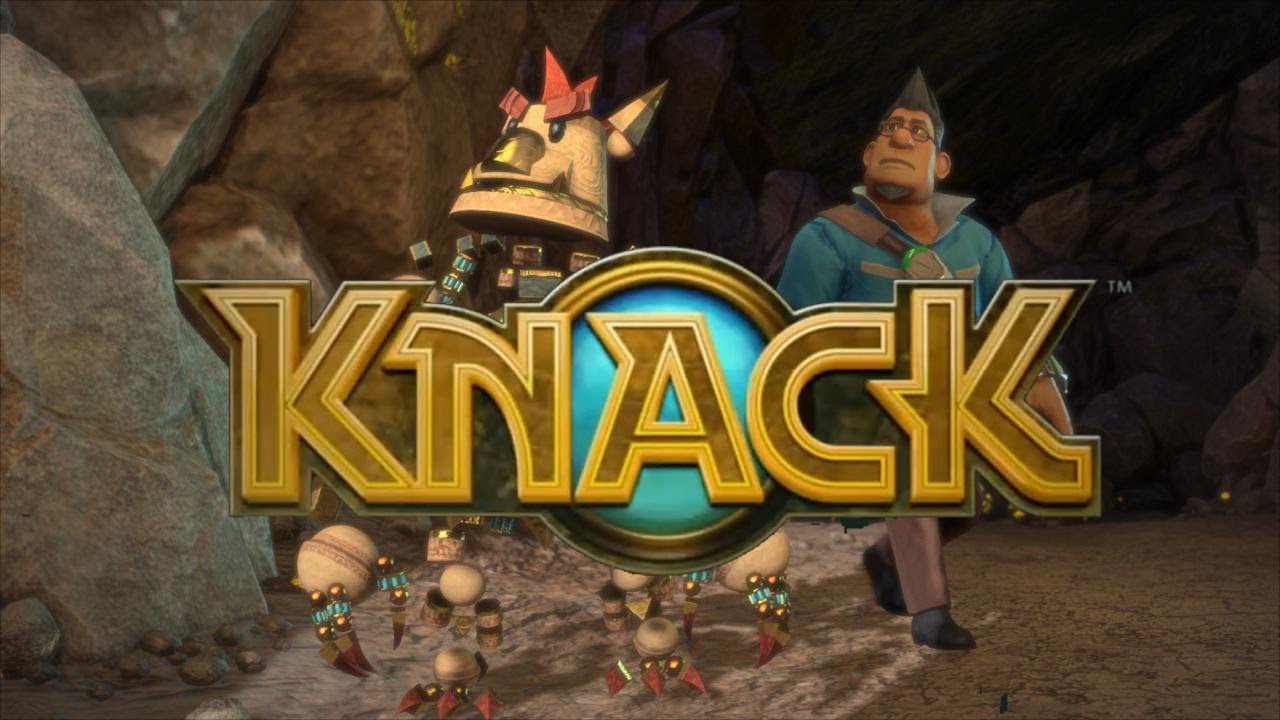 Its beauty is only skin-deep.

Now that I’ve had the opportunity to complete my playthrough of Knack, I think it’s high time that I give it a proper review. Knack was developed in-house by Sony as an answer to those wanting new entries in the Ratchet & Clank series or similar titles. It serves as the Playstation 4’s kid-friendly foray into the blend of action and platforming at launch, and also is a nice break from all the shooters that have come out alongside the platform. Is it a good game, though? Yes and no.

Story – Knack begins with a meeting of the minds, of sorts. It follows the stories of Doctor Vargas, who was responsible for the creation of the eponymous protagonist, Knack; Lucas, the Doctor’s assistant; and Ryder, the poor man’s Indiana Jones who is also Lucas’s uncle. Other pertinent characters include Viktor, a shady executive whose love of robotics and high-tech weaponry has powered his empire; Katrina, Viktor’s head of security and femme fatale; and Charlotte, the Doctor’s former lover, presumed dead after falling into an abyss twenty years prior to the game’s occurrence. At the outset of the game, you’re told that the goblins are a prime threat to human cities and settlements and that they must be stopped, which is where we meet the cast and see them discuss the best course of action. The story then shifts to Viktor being an evil son of a gun, and then it kind of gets disjointed from there. There are thirteen “chapters” to the game’s story, yet by the middle of chapter five it felt like endgame. After that, it was a series of buildups to potentially major encounters with little to no payoff. You do eventually get to battle one of the main villains, but the final boss of the game is almost completely unexplained. If you were fighting Viktor’s minions, you’d reach a point where a fight against Viktor and/or Katrina would be teased heavily, only to have them run away with their tails between their legs before a cut to the next chapter. There is a rather significant plot twist in the second half of the game that was fairly well-executed, but the overall body of work with the story is marred by a number of unexplained events and plot holes. Since I’d like to keep this review as spoiler-free as possible, I won’t mention specifically what happens, but you can find a video with all the cutscenes edited together here.
Story Grade: D+

Gameplay – Knack plays like your typical action platformer, except on a more linear scale than most. Nearly every level in the game is set on a clearly defined path from start to finish, so you’ll never get lost or forget where you need to go. As far as level design goes, those are really the only positives about linearity. With so little room for exploration aside from a few breakable walls and secret rooms, I felt at times that Knack was more about working my way through the mobs to the end of the level than exploring and taking in the beautiful visuals that were created for this title. That’s one of the biggest issues this game has; playing a video game should never feel like work. Another gripe I have with the game is the controller mapping. Knack has three basic maneuvers: he can jump (X button), punch (square button, can be pressed repeatedly to string together hits), and evade (moving the right stick). As a veteran of shooting games, I find it aggravating when I can’t jump and aim, which are typically on the bottom face button and right stick, respectively, in a fluid motion. Evading is awkward enough in its own right, especially because the timing is tough to nail down and you aren’t granted any additional invincibility frames while you’re stuck recovering, which means that other enemies on the field can still hit you. Potentially the largest issue with the controller setup is the fixed camera. With nothing else mapped to the shoulder buttons, it’s inexcusable that there is no way to rotate the camera. This is 2013, people. Having moments in the heat of battle when enemies drop in the foreground, obscuring my character, with no way to remedy that except to jump over them and possibly take a hit in the process is highly unforgiving.

Knack can collect sunstone to unleash one of three special abilities by pressing the O button followed by O again, square, or Δ. These serve to quickly clear the area of enemies if you’re in a tight spot, but for me they were used more for breaking the monotony of the “punch everything” system when I didn’t feel like fighting a mob. Tying into the sunstone feature is the checkpoint system. If you die, and trust me, you’re going to die a lot in this game, sunstone does not revert to what it was at when you hit the last checkpoint. This works two ways: the positive is that you can sort of grind sunstone through dying a bunch, eventually giving you enough to use a super move and clear the fight that you were having trouble with; however, the opposite side of the coin is that should you use some of your meter on a super move and then die anyway, you’re stuck grinding it out again unless you can prevail without it. This brings me to another issue I take with the gameplay, which is that due to how quickly Knack dies no matter how big he gets, the name of the game is memorizing attack patterns and defensive play, as opposed to instincts and skill. This type of “know your enemy” system doesn’t sit well with me, especially in a game that’s allegedly geared towards children. I don’t know what types of kids they’re targeting with this game, but the “Normal” difficulty of Knack is plenty frustrating enough.
Gameplay Grade: D

Aesthetics – The saving grace of Knack is the graphics. With cutscenes and landscapes that could pass for a DreamWorks film, this is an impressive piece of visual artwork. The game runs smoothly, with very few slowdowns occurring from start to finish. Landscapes range from mines to mountains to forests to cities and everything in-between. Goblin enemies look like dumber and evil versions of Shrek, which actually works pretty well. The true winner in the graphical department is Knack, of course, because he has so many moving parts and his size changes rather frequently. Though it sadly has no effect on the gameplay itself aside from certain sections, the extra materials that Knack can utilize over the course of the game, whether ice, wood, metal, or crystal, are all rendered nicely and add a bit of visual flair to the game. Sunstone pickups glow and cause Knack to illuminate as well when they are broken and consumed. I keep coming back to the FMVs in the game though. They’re very well-animated, with solid voice acting and crisp sound effects. It’s a shame that they’re wasted on an inner core of a game with such little depth to it, but perhaps someday there will be a sequel that has combat equal to its animation.
Aesthetics Grade: A-

Fun Factor/Replay Value – Hardcore trophy hunters will be glad to know that there is a lot to do postgame. Subsequent playthroughs will allow players to re-open chests in secret rooms, in order to complete the many gadgets that Knack can use and also gain crystals that allow Knack to become better versions of himself. Whether or not you choose to pursue those upgrades and accolades depends on how much you enjoy the overall package here. I probably won’t be going back to Knack, not for a long while at least. This is not to say that the game is completely devoid of enjoyment, however; the game really shines when Knack grows to enormous proportions and you can run through areas while killing almost everything in one hit and flinging tanks at the opposition. I took these sections of the game as sick, twisted revenge against it for the profanity and near controller throwing it caused me, but how you enjoy these sequences is completely up to you. To summarize this section, if you don’t mind farming or grinding to obtain some power-ups and have a superhuman resistance to the mind-numbing gameplay of Knack, go nuts.
Fun Factor/Replay Value Grade: C-

Final Thoughts – I want to like Knack. I really, really do. I want it to be the Crash Bandicoot or Spyro of its generation, that seminal action platforming game that redefines a genre and gets the masses playing something other than a first-person shooter for a change. However, there simply isn’t enough here to be that game. It doesn’t do much that we haven’t already seen, and the unforgiving difficulty means that Knack isn’t the most accessible launch title in the PS4’s library. This title is yet another example of how graphics are not the most important factor in a video game’s quality. If the development team had spent even half as much time on everything else in Knack as they did on the visuals, it might have been one of the better launch titles for the Playstation 4. As it stands, it’s a beacon of mediocrity that left me very disappointed.
Final Grade: C