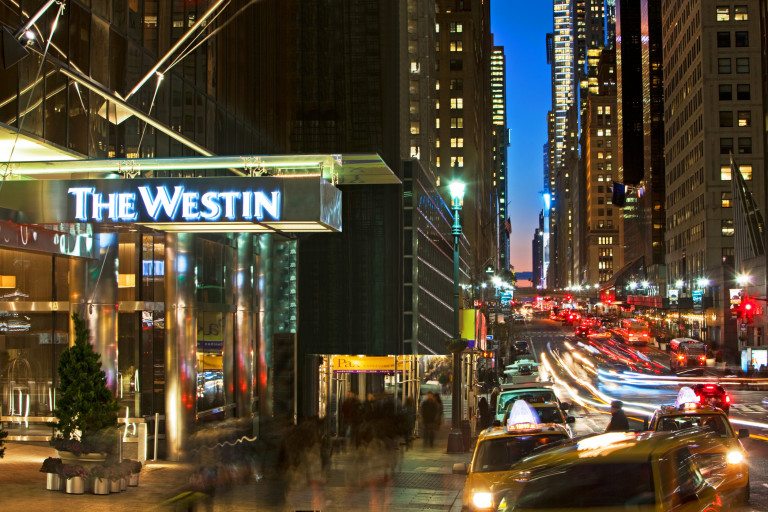 Tax Day, which occurs every year on April 15th, can either be a super happy day for some people but can also be a day where you essentially want to sit and home and cry.  Nevertheless, tons of companies across the country will be doing something special for the biggest day in taxes, and that includes some great hotels that are located right in the heart of New York City.  One of them happens to be the iconic Westin New York Grand Central, which is a seven minute walk from Grand Central itself on 212 E. 42nd Street. END_OF_DOCUMENT_TOKEN_TO_BE_REPLACED 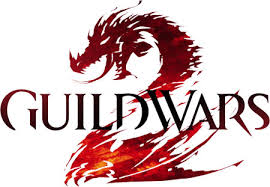 Welcome back! This is the third and final part of our coverage of the Guild Wars 2 Feature Pack, which goes live on the 15th! We’ve covered balance updates, PvP, quality of life upgrades, the new wardrobe feature, and new traits, but this part of the patch figures to be bigger than them all! Responding to the game-wide issue of certain zones and cities being barren and unpopulated, ArenaNet has seen fit to completely overhaul the way servers operate, giving birth to the “Megaserver System.”

How will it work? Well, for starters, it won’t be going entirely into effect on the 15th. It will be a deliberate process, beginning with the Heart of the Mists PvP hub and the maps with the lowest populations, and should be complete by the end of the year. The Megaserver System seeks to provide players with well-populated zones around the clock, that way there’s always someone to play with and the less populated events in the game get done more often. Instead of each server having one main copy of a given map, the Megaserver System will combine all worlds together and only have the number of copies it needs to accommodate the player population in a given map. It will also allow for players who are in the same party or guild to play together more easily, with functions dedicated to ensuring that related players are placed in the same instance of a map or can easily join friends if they’re separated.

But wait! World bosses spawn at different times on each server! How will they be affected? Fear not, players. With the rollout of the Megaserver Systems comes a standardized schedule for the various world bosses, which you can find here. Bosses that previously did not have failure mechanics or timers will be getting them, to ensure that the game remains on schedule. Also, many of the bosses will be tweaked to preserve balance, and this includes abilities, overall difficulty, or even the event chains that lead up to their encounters. Such changes were not detailed in the reveal, but will be available in the release notes next week.

Waypoints, dungeons, and temples will be slightly affected by the new changes as well. For instance, you will no longer be able to tell if a waypoint is actually uncontested until you arrive on the map that it’s in. In the Orr maps, which have many contested waypoints, this figures to be a bit of a hassle. The same goes for the three dungeons that require event chain completion to open: Citadel of Flame, Crucible of Eternity, and The Ruined City of Arah. You will now have to waypoint to Fireheart Rise, Mount Maelstrom, or Cursed Shore, respectively, to find out the status of these dungeons. As for temples, the god statues that normally have cross-map mechanics will no longer function that way, and instead will only be active when the nearest temple becomes contested.

The final aspects of the Megaserver System covered were guilds and World vs. World. Guilds will remain separate for now; they will still be server-specific until the Megaserver System is completely implemented, but once that happens guild members will earn influence towards the same total regardless of their home world. Guilds will still have a hard cap of 500 members and if a guild has chapters on multiple servers, they cannot be combined. World vs. World will remain unchanged for the time being and logically speaking, it’s unlikely to be affected by the Megaserver System at all. ArenaNet is making many ambitious changes here, so it’s nice to see that they’re preserving the identity of Guild Wars 2‘s WvW game mode for the sake of those who have made their legend on the battlefield.

With all of these imminent changes coming to Guild Wars 2, the game will never be the same again! I’m admittedly skeptical about a few things that ArenaNet is trying with this patch, but I’m also greatly excited that a number of issues that have existed since launch are finally getting the proper attention they need. If you’ve never played Guild Wars 2, now would be a great time to jump in; it really is a fantastic MMO during its high points (and it’s on sale for $24.99 until Saturday). They may not get everything right, but I have a strong feeling that ArenaNet knocked this out of the park.

You’re gonna like the way you look. I guarantee it.

Welcome to Part 2 of our coverage of the Guild Wars 2 feature patch! After last week’s reveals focused on game balance, traits, and gear upgrades, this new round of changes are mostly cosmetic. Not to the official site, of course, but revolving around dyes, the new wardrobe feature, new ways to earn gear, and general quality-of-life improvements. If you’re a guild leader, there are some improvements headed your way too!

We’re going to start things off this week with the new wardrobe feature, which was arguably the most demanded part of the feature patch. You can click here to watch a short video explaining some of the functions. Whenever you gain a weapon or piece of armor in-game, whether through drop, trading post, cash shop, or vendor – you permanently unlock the skin for that item as well. If you’d like to swap skins, you can do so from a new panel on your equipment screen. Doing so costs transmutation charges, which is a re-work of the current stone/crystal system already in place. Those items will be disappearing and players will receive one charge for every crystal in their inventory, and another charge for every three stones they possess. In a sense, it’s a similar system to the already-present Gear Locker in PvP, but it’ll now be game-wide. As a result, all of the PvP gear you’ve unlocked will also be a part of this system, so you may now apply those skins to your PvE/WvW gear as well. This feature will keep collectors busy for a long time to come!

Another heavily demanded change that ArenaNet is delivering is an overhaul of the dye system. Instead of being soulbound (per character), dyes will now be account bound, which means that all characters you’ve made can choose from the same pool of dyes that you’ve unlocked. In addition, if you have the same dye available on multiple characters, you’ll receive a free unidentified dye for each unique color you’ve consumed twice or more. To balance this, dyes will no longer be on the loot tables, and instead only available through the Mystic Forge, crafting (specifically the cooking profession), laurel merchants, and other special rewards. As a further bit of balance, the legendary staff known as The Bifrost, which currently requires 250 unidentified dyes as an ingredient, will now only need 100 unidentified dyes to craft the Gift of Color used to make it. Other changes to the system include making previewing colors easier and more streamlined confirmation of changes.

The next reveal involved the quality-of-life changes for guilds, and even though I’m currently a one-man guild I appreciate ArenaNet’s efforts here. Not being able to see the last time a guild member logged in was inexcusable, and that will be rectified when the feature patch hits on April 15th. The LFG (looking for group) system will also be getting some new bells and whistles, allowing players to group up for not only open world content, dungeons, and Fractals of the Mists, but after the feature patch hits, World vs. World will also become available. There will even be separate channels in the tool for each map, including all three borderlands, Eternal Battlegrounds, and Edge of the Mists! The LFG tool will also include specifications for language, as many of the European servers are multi-lingual. Throw in some backend support for guild members themselves, and Guild Wars 2‘s social abilities figure to be better than ever.

In what is sure to be welcome news for the battle-hardened folk who frequent WvW, world experience will now be account bound instead of soulbound. Points can still be spent differently on your various characters, so you won’t get stuck with the same bonuses across your entire account. This will allow players to change styles of play simply by switching characters, as you can be a supply master on one and a catapult master on another, for example. This reveal also came with news that any legendary or ascended gear possessed by one character will become account bound as well. So if you like, you can craft an ascended dagger and simply move it between characters using the bank as you see fit! You’re still restricted by the weapons and armor that potential recipients can equip, so don’t think you can make a spiffy piece of plate armor for your mesmer, for instance.

Speaking of armor, repairing your damaged or broken armor will now be free of charge! ArenaNet felt that the damage from dying is punishment enough and is removing repair fees from the game. The NPCs will still exist and I assume you can still sell items to them if you choose. While we’re on the subject of free things, players who like to experiment with builds will be glad to know that the new instant trait refund system I talked about last week will also be free! Simply click and tinker away, mad scientists!

The final reveal from this week is one that I’m sure will get many people interested in PvP. Reward Tracks are being introduced, and they’re a secondary achievement system of sorts, except that instead of rewarding points towards milestone chests, they reward items, armor, and weapons! Every major region of Tyria will be featured in these Reward Tracks, so players who like to stick to PvP can get drops that would normally come through PvE play by accomplishing given objectives. Dungeon-specific armor and weapons will also be made available through this feature on a rotating basis, or players can complete the story modes of the eight dungeons to allow them to complete the tracks at their leisure. In addition, future Living World and holiday events will be added as they are released. While I’d love for this system to be added on the PvE side too, PvPers have been getting the short end of the stick in this regard ever since release. They deserve the bone they’ve been thrown. To go along with this update, PvE/WvW gear will now carry over to the PvP side, as it previously did not.

In next week’s reveals, ArenaNet will be talking about “facilitating friendly play” in Guild Wars 2, as it currently says on the official site. Check back here for the latest news about the upcoming feature pack!

For Part 1 of our coverage, click here. For more information regarding the April 15th feature pack, click here.