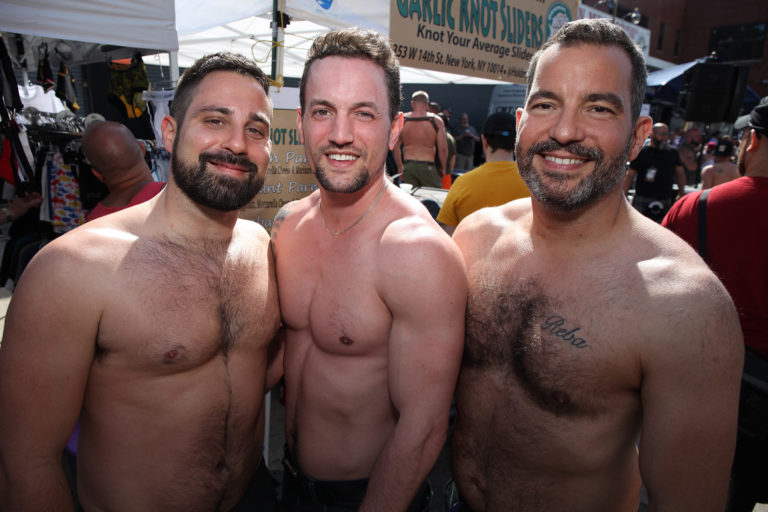 Some of the best gay bars and events happen right here in The Big Apple.  Although the bar scene may be “seen” as waning a bit as the years have gone by, several are still thriving in our big metropolis as a great way to go out for the evening with your friends and have a great time at.  So are some of the biggest and most fantastic gay events out there, question is, which should you go to and why? END_OF_DOCUMENT_TOKEN_TO_BE_REPLACED 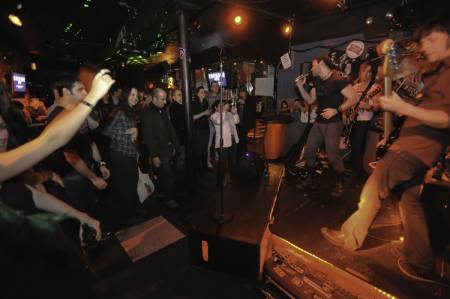 Gay Bars in Manhattan, especially the Chelsea and Hell’s Kitchen area, should go together like Peanut Butter & Jelly.  Sadly, a lot of legendary gay bars here are going the way of the Dodo bird due to jacked up rent and jack asses who would prefer to put another Bank of America/Chase/TD Bank or a trendy run of the mill Italian joint there in place of an institution that has been there for 40 plus years.  It really is a shame.  The most recent casualty of all of this is Boots & Saddles, which will be closing its doors on Christopher Street soon.  According to Towleroad, this is what they had to say-

The gay bar — known for its drag shows, packed parties and welcoming vibe — cannot afford to pay a rent increase on its space at 76 Christopher St. and will shut down soon after 40 years in the Village, managing owner Rob Ziegler said. “I’m sad,” said Ziegler, who started as a bartender at Boots & Saddle in 1999 and later became an owner. “I’ve been here 15 years. Fifteen years is a long time.” Ziegler said a new landlord is taking over the building in the coming months and plans to raise rent for the 700-square-foot bar by thousands of dollars per month, to the “high twenties.”

It’s really pathetic how in the past couple of years places like this and other ones, like the popular No Parking and Rawhide, are closing to due unforeseen circumstances that the owners themselves can’t seem to shake themselves off of due to the greedy world that is Manhattan.  HOWEVER, there are some fantastic and amazing gay bars that seem to be doing well in this economy and are also a great place to visit whether you are visiting Manhattan or have lived here for a good period of time.  The only gay bar that is thriving that I don’t see the big deal with is Boxers, which is both located in Chelsea & Hell’s Kitchen.  The HK one is decent, but the Chelsea one I just personally find to be appalling with the amount of straight douchebag bartenders they have, the overcrowded aspect and the fact that it is looking more and more like a straight bar lately with the amount of women in it (No T No Shade ladies, but if its a gay bar we should be the ones running a muck).  That being said, here are my list of what I think are still the best gay bars in Manhattan.

Gym Sportsbar- 167 8th Avenue (Between 18th and 19th Street) In terms of what I think is the pinnacle for gay bars in the new millennium, Gym Sportsbar exemplifies that and then some.  Being open now for over a decade, this bar promises a great and upbeat vibe with friendly bartenders and fantastically priced drinks.  Something I find that Gym Sportsbar does in a very clever way is the different types of bartenders they have.  When you go to other gay bars, it seems to be all muscular and not much substance.  The great thing about this bar is that if you have a type of guy, you will see that in one of the bartenders there.  So if you like the cute bearish ones, sexy muscular dudes, or athletic jock types, you will find them there.  I may be more biased towards Gym Sportsbar due to the location (right by Penn Station) but it also is surrounded by a lot of great eateries to fill you up after you kick back a couple (The Dish, Spice are good examples).  The best reason in my opinion is the drink specials are off the chain.  HAPPY HOUR 2 FOR 1, Monday-Friday for one.  Beer Blast on Sunday.  You can’t get better beer and drink prices in the city, and your wallet will be very you compared to going to some of the other bars nearby.  Of all the gay bars to go into in Manhattan, this would be a great starting off point for a night on the town and the best & happiest environment in my opinion.

Rockbar (185 Christopher Street, right off the West Side Highway) Rockbar is considered to be an institution on Christopher Street and in the bear community, and some in said community think this is the best “bear” bar in the country.  Located right off the west side highway, it is your run of the mill gay bar with great drink prices and fun themed events like the once a month “Underbear” that my good buddy Chris Reed produces.  If bear is your thing, this is the place to go.

Adonis Lounge at Evolve (221 East 58th Street, Between 2nd and 3rd Avenue) When you think “gay bar” in Manhattan the first thing that doesn’t really come to mind is the Upper East Side, which is known mainly for its high end boutique stores and upscale restaurants and bars.  However, nestled right off of the 63rd & Lexington stop is Evolve Bar, which hosts the infamous (and quite fun I might add) Adonis Lounge.  Adonis hosts some of the hottest men in and out of Manhattan for your own pleasure, albeit for a great conversation or a great lap dance.  Pair that off with some of the best music I’ve ever heard at a gay bar (yes they play the ORIGINAL versions of hip-hop songs, not the super uptempo remixes) then this is the place you want to be.  Adonis takes place on Wednesday, Saturday and Sunday nights so be sure to check out their official page for who will be there each night.  Surely not to disappoint.

New York City Eagle (554 West 28th Street, Between 10th and 11th Avenue) Infamous, debauchery, scandal and exuberance are just a couple of words to describe the New York City Eagle.  A landmark in gay culture, The Eagle has standed the test of time in this revolving door of gay bars opening and closing simply because they are the L’Oreal of the gay world.  Meaning that they have a brand that they live up to and its always a good place to end the night at.  I call this bar the “Goldilocks” of gay Manhattan, because each floor has something for each comfort level.  The most relaxed one seems to be the first floor, where events like “Piggy Bear” amongst others start off.  The second floor is where bad things can happen, in the best way possible :).  I don’t need to get into details, y’all know what i mean.  The third floor, especially during the summer, is a great place to be to meet new people and catch up with old friends, in particular the beer blast on Sundays which is uber popular.  Definitely a great place to visit during the 12am-4am hour, as you may meet the love of your life or just the love of your front pants that night.  Hehe. 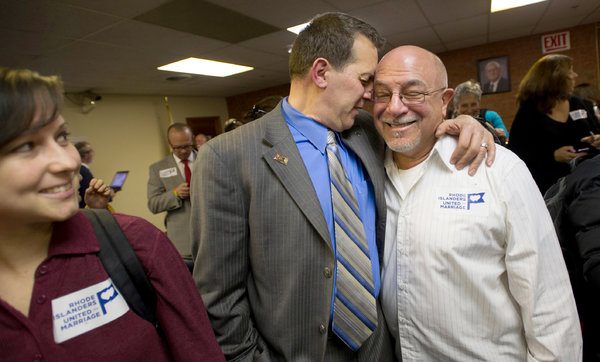