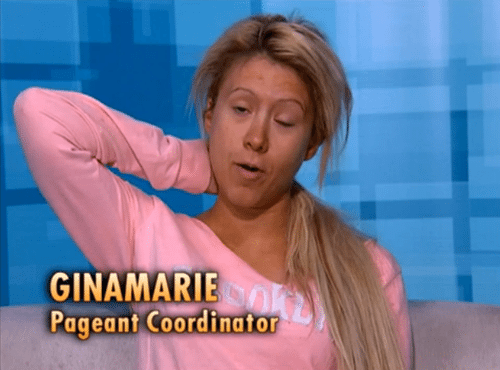 I wrote something similar a little while back regarding Big Brother but since then the level of bullshit and ridiculousness that has happened in the house has gotten so out of control that I really just can’t hold my tongue anymore.  The fact that this season has turned into what it has is really the producers to blame but seeing as they are pulling in a decent amount of viewers this year I am sure that they are laughing all the way home, so why would they care who is hating the show this year?

First off, after the double eviction on Thursday night, I can firmly say that the majority of this country feels that there is no one left to root for.  Not that there really was in the first place.  The men are getting decimated one by one and the two people that went home on Thursday were ones that I was rooting for the go the long haul (Judd in particular).  Did anyone else think it was kind of ironic that the two racist pigs in the house got rid of the African Americans each week? Hmmm.  Oh and Gina Marie you are a disgusting troll who in the real world could never get a guy like Nick.  Saying the things you said about Asians and African Americans, especially what you said to Candice on her way out the door regarding her mother, really shows the kind of person that you are and I can’t wait to see the look on your face when you see how much America hates you and that you got fired from your pageant job (I really am curious to know how in god’s name she got that job in the first place).

This being said, let me break down each person that is left to give my personal opinion on them.  Normally I would rank this from who I like the most or who I think is playing the best, but I really think all the people that are left are frankly terrible so let’s just leave it at that-

1. Helen- I was originally Team Helen in Week 3 when she won HOH because I felt that her group was the outcasts that finally got some power.  Over the weeks though, her cocky attitude has really rubbed me the wrong way and she is completely in the dark about how Amanda and some other people really want her gone.  The icing on the cake came on Thursday night when Aaryn won POV and she said “Girl, you are Janelle.  Don’t you realize that?” Or something along those lines.  Aaryn being Janelle is like Melissa Joan Hart being Meryl Streep.  In other words, not even close.  Helen, shut up seriously you are annoying.

2. Aaryn- or shall I say Aryan.  Good god girl.  The funny thing about her is that if she NEVER said anything racist or did that stupid shit that she did early on in the game most of America would actually be rooting for her.  That’s the funniest part.  She’s won three HOH’s and a POV and clearly is a smart cookie when it comes to winning things.  Unfortunately, she’s listening to what everyone else wants.  The fact that BB hasn’t rigged it to get her out so we can all watch that eviction interview like they rigged Jeff winning everything really annoys me because that would be riveting television.

3. Gina Marie- you are a waste of space.  You are a joke.  America laughs at you.  Take Nick’s hat off.  Nick- run for the hills dude.

4. Spencer- As a fellow bear, I find Spencer the only attractive man left in the game as he is quite cute.  That’s as far as I am going to go about this.  He is alone in the game and will be put up every week because these houseguests are going with the majority each time and refuse to put power players up so they will go after him until he gets home.  No shot in winning in the game.

5. Jessie- Cute girl but at the bottom of the totem pole in terms of an alliance.  Her winning HOH would’ve been crucial as she is the only houseguest left who I feel would go against this majority bullshit, but seeing as she didn’t its a matter of time before she enters jury.

6. Andy- Andy is the most pathetic houseguest they have had in a very long time.  He also is another awful example of a gay man playing this game.  He can’t keep his mouth shut and tells Amanda everything.  He’s formed an alliance with Amanda and McCrae, which is stupid in the sense that if they are in the final three together they aren’t taking Andy.  Andy is a true floater that just like some other houseguests can’t make a decision for themselves.

7. Amanda- Girl, you are getting a phenomenal edit this year.  In the house, you are a ballistic psychopath who has gone after pretty much everyone and their mom this week.  You are another person that I can’t wait to see your reaction when you find out that America put your ass on the block twice and not Judd (who should still be there).  Amanda has said some pretty racist stuff in the house too, which I think is unfair for them to not show seeing as Aaryn has gotten the brunt of everything so far.  She is the one to beat in my opinion because everyone in this house is scared.

8. McCrae- Amanda’s right hand man.  He hasn’t had to do much because of her, so I really see him riding this to the end as I predicted a while back.

I really, really hope that someone goes back into this game as they have done in other seasons.  If so, bring Judd or Candice back and please have them kick one of these people out.  There has been a common thread in the past couple of seasons in that the person that wins the game is generally a likable person both in and outside the game (Ian, Hayden, Jordan, not Rachel).  I just hope the show comes to their senses and realizes this and does something about it.  Because if Aaryn, Amanda or Gina Marie win this game I will lose it.