Season 17 of Big Brother concluded last week with uber fan Steve Moses winning by a vote of 6-3 over Liz Nolan.  It is hard to believe that this show has been around for 15 years now since it premiered in the summer of 2000, and what’s even harder to believe is that it was widely considered to not be renewed after an insanely lackluster first season.  However, the show found a format that worked for its audience, and it has done a good job somewhat at maintaining that strategy since 2001 and keeping a loyal fan base throughout.

The show has had seventeen seasons, so of course it has had seventeen winners.  Many of the winners have played a “snake in the grass” strategy where other ones have been brazen and bold since walking into the house on day one.  Some have even done a good mixture of both.  Question is, who did the best, and who did the worst?  I am ranking the winners from worst to best, and you may be surprised to know who I think is the best in the end.  Keep in mind that I am taking what happened outside of the game (Adam Jasinski, ahem) and just focusing on the game itself.  Sound off on what you think fellow BB historians!

Lisa was the antithesis to Will Kirby the summer before, and is part of the reason why she won the game overall as it was proven a nice person could win this thing.  Problem is that Lisa didn’t deserve a goddamn vote from anyone on that jury.  Yes she played a good game in terms of alignment and all of that, but when you are sitting next to arguably the best person to never win BB (Danielle Reyes) it is hard as a fan to understand what made Lisa’s game even a fraction better than Danielle’s.  It was a hella bitter jury that was angry at Danielle due to her playing each and every one of them and that is why Lisa won.  So in my eyes, Lisa didn’t win anything because of what she did, she won because of what Danielle did.

Hayden, just like Lisa, was a very likable player (even more so when he played Survivor).  I just find that his win to be somewhat of a foregone conclusion as he really didn’t have a strategy at all besides aligning with three other dudes that dominated.  I like my winners to have individual strategy, which neither him or runner up Lane seemed to possess.  That is why he ranks low on my list.

I hated this season for so many reasons (read here), but Adam just kept finding himself in the right place at the right time and really didn’t have any clout as to why he won in the end.  Now he’s not winning in life at all.

YJordan’s strategy was to be nice and sweet.  That’s it.  It was hilarious watching her answer the jury questions which really was just talking in circles to where i couldn’t even figure out what she was saying.  I hated Natalie but at least she had a cohesive strategy to get to the end.  It was a bit Lisa/Danielle again with these two and that’s why Jordan won.

I gotta give credit to Steve as making it past 16 other players is incredible in the first place.  He just made so many bad moves to get to the end that it’s hard to figure out how he really made it there.  During the live double eviction, he put up Meg and Jackie, which made virtually no sense.  Him and Johnny had ample opportunities to get rid of Austwins and Austin, and they just kept them in the game.  I just feel if you are a BB historian and things are that blatantly obvious, you should go after a visible alliance and get rid of them.  That simple.  Kudos however for getting rid of Vanessa in the end.

Yes this season was forgettable and was such a different format compared to what it is now.  Eddie did a great job though of getting the American public to like him and that is why he won in the end.  Also, with a group of people in the end who were just nice and plain people, Eddie had a fire and bold personality that at least made it semi interesting to watch. 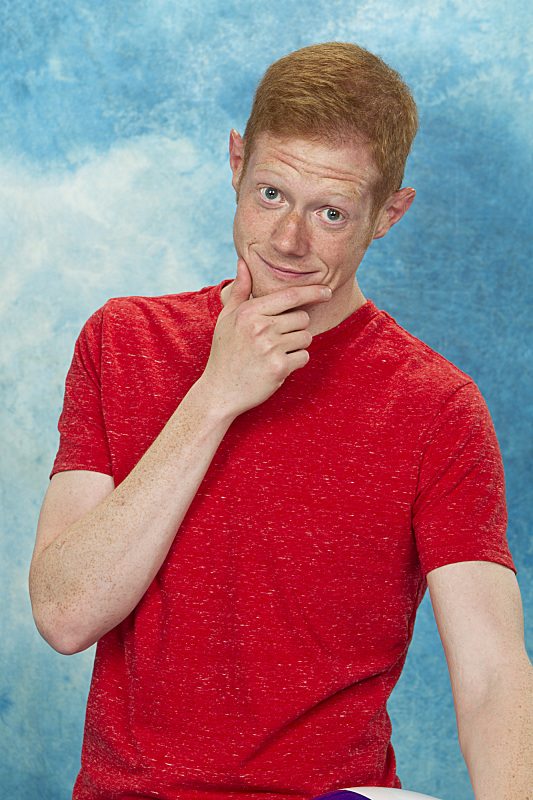 This season was filled with scummy people.  Andy wasn’t one of them, thank god.  Andy’s likability helped him win in the end, like Lisa and Jordan, and he won due to his great ability of floating.  His best move in the game was creating The Exterminators and convincing McCrae that Elissa voted out Amanda during the double eviction when it was really him.  He ranks low on my list though as I for one have never been the biggest fan of blatant floaters winning this game.

Drew did a great job at winning competitions and screwing over his girlfriend in the end.  He barely beat Michael though, something that he would’ve had the same problem doing with Diane.  Had it been him and Nakomis in the end, he wouldn’t have had a snowflakes chance in hell of winning.  That is why he ranks low on this list as he didn’t really have that much of a cohesive strategy to win this thing with a majority.

I will say that I loved Rachel in her original season, and had her and Brendan not made themselves such outsiders and tried to form an alliance with the rest of the house to take The Brigade out, she would’ve had a very good shot at winning BB12.  However I really think Rachel won BB13 because she proved that she could be a great gamer without her boyfriend there, and was a much better strategist than Porsche to win in the end.

Mike was the second to last choice to be in the BB7 house and I think he was planted there to resurrect the Chilltown alliance which he did a very good job in doing so.  Many people see Will as doing the majority of the work however Mike did an amazing job at playing literally everyone in that jury (more than anyone Erika) and won the game in doing so.

Everyone hated Maggie and her alliance.  I personally couldn’t stand the 4 others in that alliance but the one person I thought was playing a great game was Maggie.  Maggie simply won because it took her 15 minutes to convince Howie to nominate James and Sarah which for the most part kept The Friendship alliance having power until the end of the game.  She easily manipulated April and Ivette in the end to have them fight with each other and she just sat back and watch it implode.  And she developed great bonds with people like Ivette so when it came time to decide who to take to the end, Ivette chose her over Janelle (which was an insanely stupid decision).  That is why Maggie ranks so high on my list as she really was an insanely smart strategist.

Big Brother 8 was hard to watch sometime due to the antics of Dick, however I watched that season over recently and kind of understand what he was trying to do.  You are literally in a hamster wheel for three months and he was doing whatever it took to get into the minds of these people and mess with them to where their insecurities was ever present and thus so became weaker and weaker in the game.  He also did great in competitions and aligned with his daughter the whole game to get himself to the end and win.

Jun played an absolutely outstanding game in Big Brother 4. She masterfully manipulated her ex Je and then when the time came she got rid of him as he was a huge threat to win this game in the end.  Knowing this to be true, she aligned with the most hated person in the house (Alison) and watch Allie take person after person out including Robert in the end.  Alison had so much blood on her hands, that Jun was clearly viewed as the lesser of two evils and won the game (rightfully so).  Using something as simple as cooking is incredible and played a big part of her winning as well.  I think Jun’s win is very underestimated and she played a much better game than anyone else in that house.

I had a hunch that Ian had this game on lock from a very early stage.  He was really the only person to see how Dan was operating in the game, which is why he focused on aligning with him to the end where several jury members were bitter and angry towards the BB10 winner.  Now usually I can’t stand when the jury angrily votes for the lesser of two people to win a game (See: Lisa), however Ian really did play such an amazing strategic, mental and physical game that it made sense for him to win in the end.  He went from student to master in a matter of two months. That my friends, is amazing.

I wasn’t really a fan of BB16 as it was full of a bunch of people who really didn’t understand how to play the game.  Derrick however, was not one of those people.  Derrick brilliantly made it through to the end of the game by forming The Hitmen alliance that brutally took each and every person out of the game, and just like Maggie did to Ivette, he had Cody take out the last remaining player in Victoria which rode him to victory.  The fact that he made it that far in the game to final three and was never on the nomination block is a testament to how amazing he played the game.

I find that every generation of Big Brother has its legendary winners.  The first was someone who I will be writing about shortly, the latter is Derrick and in the middle we have Dan Gheesling.  Dan could’ve easily been second out in BB10 after his alliance member Brian got the boot in week one.  However Dan took that downfall and completely reversed it for himself by allowing the rest of the houseguests to implode on each other and take each other out each week.  He aligned with Memphis all the way to the end where he won the game easily as people saw Dan’s game as superior over Memphis.  Job well done.

The Michael Jordan of Big Brother.  Don’t need to write much here.  If you have watched since the beginning, you know why Will is viewed as the best player to ever play this game, and how he should be the only two time winner besides Dan for his amazing effort in BB All Stars.  Legend.