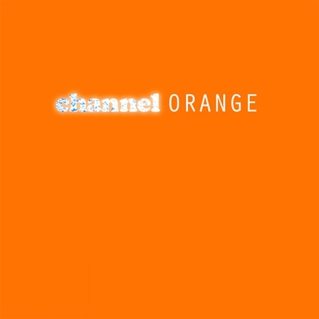 Music’s biggest night is headed our way as the 55th Annual Grammy Awards will be live this Sunday night at 8pm eastern time on CBS.  Some of music’s biggest names will be performing, from Taylor Swift to Frank Ocean and most recently Justin Timberlake, who is not riding high so much on his failed first single “Suit & Tie”.

So who will be the biggest winners of the night? We already divulged into Record of the Year, but who will be crowned king in the rap and R&B fields? Here are my predictions as to who will win, should win, and was left in the dust.  Leave comments if you agree or disagree!

Who will win-  This should be an easy win for Miguel as “Adorn” got a coveted nod for Song of the Year, and that it pretty much is the best of the bunch.  Grammy darling Usher could give him a run for his money, but this is a sure fire win for Miguel.

Who should win- Miguel.  Repeat what I said before.

Who was left out- UMMMMMMMMMMMMMM “Thinking About You” by Frank Ocean.  WTF.  How is this in the Record of the Year category and not in this one? It makes no sense.  Such a phenomenal R&B record and his vocals are haunting.

Who will win- Frank Ocean should be the only nominee here as far as I am concerned, and this will be his guaranteed win if he doesn’t get Album of the Year.

Who should win- Ocean.

Who was left out-  Let’s rephrase this with “Who should’ve been left out”.  Chris Brown’s homophobic ass.  Please go away.

Who will win- God this really is a tough one, no joke.  It’s between three- Nas, Jay-Z and Kanye.  All three songs are strong in their own way.  The Grammy’s love all three, but I think “Paris” will nudge the other ones.

Who should win- Not really a fan of “I Do” or “HYFR”.  Lyrically, “Daughters” is amazing and one of Nas’ best songs ever, so that would be my pick.

Who was left out-  Don’t kill me for saying this, but I happened to love “Beez In The Trap” by Nicki Minaj featuring 2 Chainz.  The album sucked but this was a shining example of a rather dull album.

Who will win-  It’s video was just as stirring as the song, so I would go with “No Church In The Wild”.  Ocean’s voice is very subtle yet powerful for a song of this magnitude.

Who should win- Either “Church” or “Talk That Talk”.

Who was left out-  SHOCKED and I’ve said this before, nothing for “Take Care” by Drake and Rihanna.  Such a phenomenal record.  I would’ve chosen the Chris Brown remix of “Birthday Cake” by Rihanna over “Talk That Talk” personally as well.

Who will win- This is somewhat of a weak category, but Drake will finally earn his first Grammy after 9 nominations.

Who should win- Drake or Nas, the only two that I really think are that good for this category.

Who was left out- Either Macklemore or Kendrick Lamar.  God knows why 2 Chainz got in here, good lord.