tag me a date 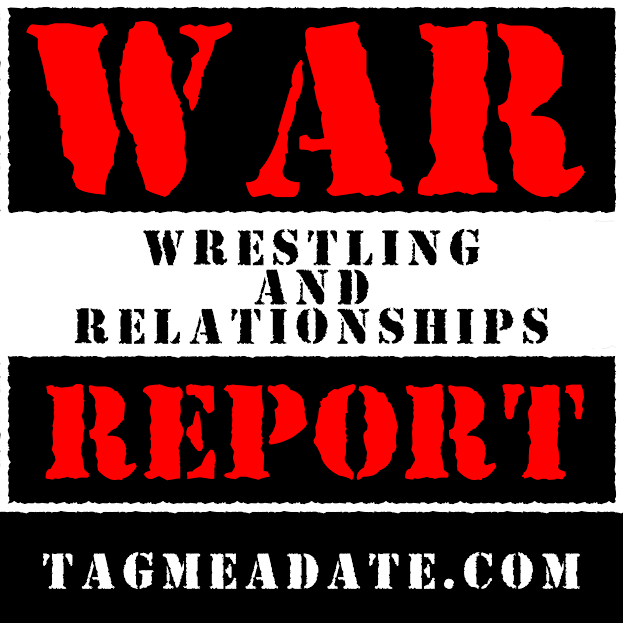 Niche dating has been all the rage in the past couple of years.  No matter what your interest is you will find a particular site that works for what you like (there is even sites for Vegans and Boat Captains.  Ahoy!)  One of those particular niche’s is pro wrestling, and the one site worth visiting if that is your forte is Tag Me A Date.

If you didn’t read my fantastic interview with CEO Steven Glenwick last month, Tag Me A Date, which is now available in the United States, Canada and the UK, bills itself as “Wresting Night is Date Night”. When you create a profile on the site, it skips the redundant questions that other sites ask and focuses strictly on the love you have for pro-wrestling. You can find matches based on who your favorite wrestler, manager or tag team is which in turn can create great conversation and be a fantastic icebreaker.

Steven believes this is a concept that he’s glad he started but is long overdue. “Professional wrestling is a multi-billion dollar industry with millions upon millions of fans. We feel this is something wrestling fans have been waiting for, for a long time. One of the most featured questions concerning this idea is; “How come this has not been done before?” That is music to my ears as I contemplated that very question and came to the very notion of doing a dating site for wrestling fans. Wrestling fans are people at the end of the day and many people want to find their significant other.”

Since our interview, there have been a ton of great advancements that Tag Me A Date has made in order to attract more people to their site, sign up and ultimately find their one true love.  On top of their great search functionality you also have the ability to create a promo video about yourself as opposed to the generic picture.  Seeing as the WWE is so interactive anyways, especially with the pro wrestlers and their fans, this is a great idea in my opinion and will get the other person who is watching to know you that much better, both inside the ring and out.

There is also a huge bonus incentive for the ladies out there that want to try out Tag Me A Date!  Seeing as the biggest day of love is coming up a month from today, Valentine’s Day, Tag Me A Date is offering one free year if they sign up next month.  Tag Me A Date is also taking their initiative on the road in 2015, by sponsoring The Masters Of The Ring event in March and May as well as the first ever Hammerlock Awards with Northeast Wrestling that was held on January 10thin Connecticut (pics above). They also held a contest for that event- any women that signed up for the site now were entered for a chance to win a date to that event with either the“Thrillride” Jimmy Preston or the “Sure Thing” Mark Shurman.  Another great event they are working with is pictured below. 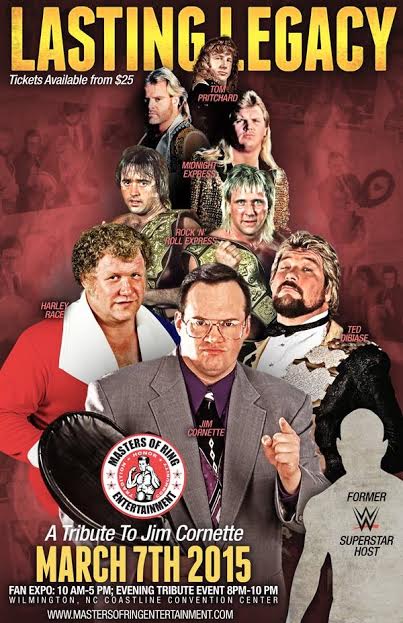 Be sure to check out Tag Me A Date’s official site if pro wrestling and love are your thing, or if you happen to know someone that would find this suitable for the person they are really trying to find. 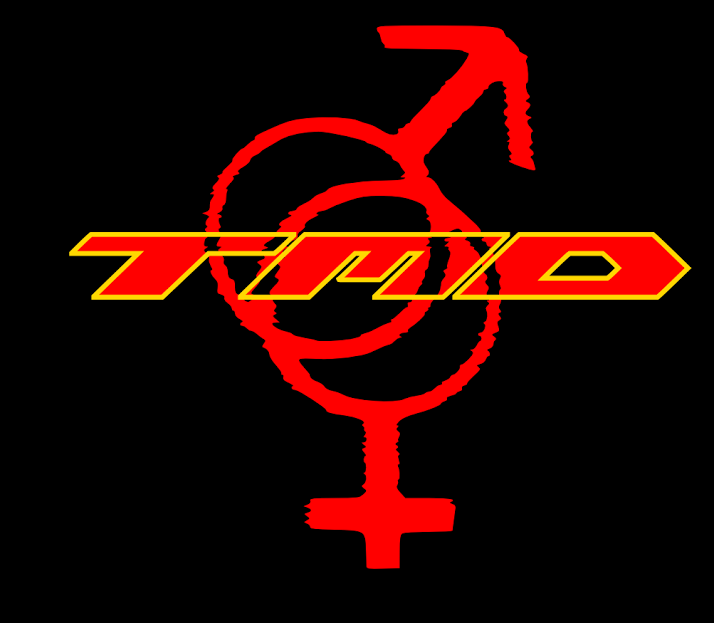 No longer do we live in a world where a common expression you hear is “We met at a bar”, when you find out how a couple got together.  For gay and straight people, in and out of Manhattan, the new normal happens to be online dating.  Whether you are online looking for companionship, friendship or just a one night stand, something that you hope for in the person you are talking to is to find something of interest that can spark a conversation and gets things going.  But what happens when there is a website where everyone on it has one common interest?

Bring in Tagmeadate.com, a website devoted to finding people love who have a fascination and admiration for professional wrestling.  Seeing as the WWE has been popular for decades upon decades, more recently with the wildly popular E! series “Total Divas”, it makes sense that something of this nature would come along.  But even with how popular this type of sport has been, can it really find an audience when it comes to online dating?  Manhattan Digest sits down with CEO and founder Steven Glenwick to find that out.

So how did you come up with the name Tag Me A Date?

I have been a wrestling fan my entire life.  Wrestling fans are a cult-like bunch, if you will.  My last girlfriend, now my wife; when we first met, I needed to find out if she was a fan of professional wrestling.  It is such a huge part of my life and I wanted to be able to share that with someone.  When I did ask her about wrestling she rattled off the entire roster and that’s when I knew I would marry this woman.  Fast forward four years and we are married with two children.  I came up with the concept of a dating site for wrestling fans but it was my Director of Operations Christopher Witcher that came up with the tag line, which is: “Wrestling night just became date night!”  It instantly clicked!  We needed a name and tag line that jumps out and states what it is but also targets a specific market.

Overall, what is the concept of this site?

The basic concept of this site is to connect people that share a similar passion of professional wrestling.  I, along with the rest of my employees, have been life-long wrestling fans.  This is our main passion and we are quite proud of that!  I’ve been fortunate enough to meet the woman that would later be my wife, and learn on the first date that she was a wrestling fan.  I want the same thing for all single wrestling fans.  How great would it be to find someone that shares that very same passion?

Do you think there is enough of a niche audience to combine the love of professional wrestling with actual love?

Professional wrestling is a multi-billion dollar industry with millions upon millions of fans.  We feel this is something wrestling fans have been waiting for, for a long time.  One of the most featured questions concerning this idea is; “How come this has not been done before?”  That is music to my ears as I contemplated that very question as I came to the very notion of doing a dating site for wrestling fans.  Wrestling fans are a very loyal bunch and we want to show an appreciation for every one of them.  Wrestling fans are people at the end of the day and many people want to find their significant other.

What current male and female pro wrestler do you think your users would most like to take on a date and why?

As far as what current male wrestler users would want to take on a date, I would say the answer may be John Cena.  However, lately it seems that Roman Reigns has caught many eyes.  As far as current female wrestlers, I would have to go with AJ Lee.  She is the definition of what a diva should be but she is also very relatable, and of course cute as a button.

Dating sites usually have a ton of Q&A’s given so that users can describe themselves in a unique way. What are yours?

What makes our site different from the rest is that it mostly centers on wrestling-related questions.  Our Q&A is much shorter and to the point and removed are many questions we feel are redundant, petty, and downright too personal that many other sites do.  Our site will allow people to find matches based on questions such as favorite wrestler, favorite manager, and favorite tag team.  We also provide space for users to talk about what drove them to wrestling and to discuss the experiences of any live events they may have been to.  Also, we found that many other sites have questionnaires that run way too long and we want to cut out unnecessary questions and get down to it.  You don’t want to feel like you’ve written your College thesis by the time you’re done.

Is your site gay friendly or is it just for straight people?

Our site does not discriminate in any way.  We offer people the ability to find people, whether they are the opposite sex or the same sex.  Our goal is to make sure wrestling fans find their tag team soul mates and get to share their passion for wrestling with another.  Fans’ happiness is much more important than worrying about one’s sexual orientation.

Other sites like match.com are offering in person experiences for their users such as cooking classes, bowling matches, etc.  Does your website plan on doing the same?

Great question…This is so new so the best way to answer this question would be this.  I without question want to hold social gatherings to help people meet.  That is the whole goal of this site.  I want wrestling fans to find wrestling fans through love.  I want TagMeADate to be so big that I can hold events where people meet and watch a pay-per-view event and such.  Time will tell.  We need the support of all the single wrestling fans out there.  If and when we become a success, there is nothing off the table!  As they say in the wrestling world…“never say never”

What are you hoping the users get the most out of on this site?

As I mentioned earlier, our main goal is to help wrestling fans meet other wrestling fans that they can connect with on an emotional level, leading to relationships.  The ultimate goal of any dating site is, or at least should be, that very notion.  Many sites tout the success rate of their users when it comes to relationships and we plan on doing the same.  We are definitely the most innovative, dynamic, and revolutionary dating site out there.

Being that this is still a new site what are you hopeful for as it continues to blossom?

Any specials you have for new users who sign up this month?

Currently we have extended our pre- registration, which now ends on October 14th.  If you sign up before then, we will give you the first three months free.  Because we are launching live on the 14th, we will provide the service free until Feb 1st.

Every customer that signs up after October 14th, we will still be providing them the first month free as well.

We ask all our fans to keep an ear out because you never know when another promotion will pop up.  We will have a mailing list option on the web site.  Everyone should opt in to get emails.  If a new promotion is coming that’s where you will find out about it first.