Ryan Michael Shea, a man-about-town with a huge heart that he wore on his sleeve, with seemingly endless empathetic energy, who amassed an international following as an entrepreneur, became a beloved LGBTQ+ icon, and was a prolific writer of stories, has died from complications due to Covid-19.

“His life should be celebrated. He was giving and kind and gentle. He was funny and emotional and thoughtful. He was just, Ryan. You knew him.” Megan Schwert, his Sister said in a statement on Facebook. “He told his stories to the world with no fear. And that’s why I’ve been telling you his stories and I will continue to tell his stories for as long as I’m on this earth.” 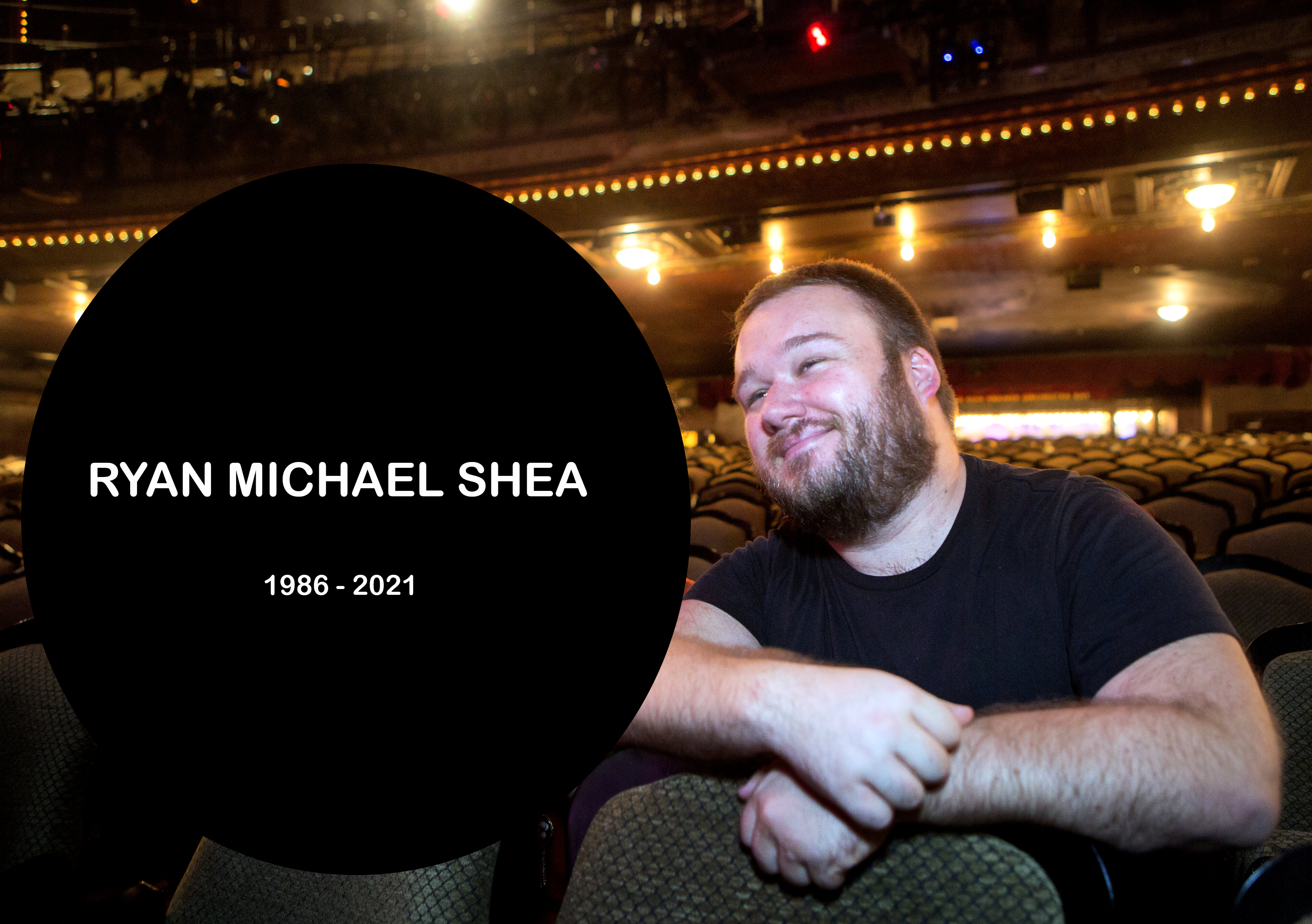 Ryan told stories throughout his life. As a prolific writer, his stories captured the imagination of his readers, captured the hearts of his fans, resonated with his friends, and ultimately it was his unique individualism that became a story in and of itself as his career elevated him to a millennial leader and one of the most beloved icons in the LGBTQ+ community.

Love for his family, especially his nephew, was always part of the story and was always on display. Ryan often spoke about his family to those he connected with throughout his life. He would routinely tell friends and associates how much his family meant to him. On social media, you could not help but find pictures Ryan would share of his family spending time together.

No one could tell the story of Ryan without mentioning how his gregarious nature and positive energy brightened every room he walked into. As a result, Ryan was surrounded by friends everywhere he went. Friends that he might have made at that moment or friends who knew him his entire life. Ryan was also beloved by many of his fans and readers who followed him online and that he had never met in person. Within hours of his untimely passing being shared on social media, an outpouring of loving notes came from hundreds of people all over the world who began sharing their condolences and stories of how Ryan touched their lives.

“The world now has a gaping hole in it with Ryan’s passing.” Jaime Acker of Centerport New York shared on Facebook. “I have loved every minute of following his successes. Ryan’s open sharing of his experiences, whether good or bad, brought smiles, laughs and comfort to so many of us. His hard work, determination, humor, and positive outlook on life (even during the toughest of times) was always and will remain an inspiration.”

“…dont know if ive ever met anyone so friendly and out going. Always open to making friends and sharing a laugh.” Chad Reynolds of St. Louis shared on Facebook.

“… You had a huge impact on my life. I should have told you more.” Brendan Cook from Dallas Texas shared on Facebook.

“You were a force like no other and would lite up people’s life’s when you entered it. You will be missed.” Jaime Cioffi shared on Facebook

“…Ryan Schae was the sweetest man, and gave the best cub hugs…” Peter Staley the political activist of New York shared on Facebook

As a graduate of Johnson and Wales, Ryan was a self made journalist who made a name for himself in the mainstream media as a celebrity interviewer. Throughout his career, Ryan wrote stories for US Weekly, Glamour, Instinct Magazine, AOL, and countless other publications. He wrote most frequently about entertainment, LGBTQ+ topics, and issues that stoked controversy to push a message of positivity within his community of fans and readers. Ryan’s social media showed photos of him alongside Maryl Streep and Seth Rogan. His confidence in his work showed through in his writing from these red carpet events.

Ryan was Co-Founder and Editor in Chief of Manhattan Digest, a website where he told stories and touched on topics about doing what was right even when it wasn’t popular. His story on racism in the bear community back in 2013 provoked thoughtful dialogue in the community long before these conversations were part of national discourse. The connection between Ryans life and the story he told in his writing was always intertwined with social justice.

It is often said that courage is not the absence of fear but the judgement that something else is more important than fear. As a leader of the millennial generation, Ryan wrote with unbridled passion, transparency, fearlessness, and honesty. Going so far as to offer his readers and fans insights into his own story in an article titled “Thoughts Of An Insecure Gay Man” where he stated “I am insecure in how I view myself in this community, my writing, and ultimately myself… A lot of what I write is based off of my own experience in this community over the past ten years or so and a lot of my insecurities tend to show up in my writing.”, and yet by publishing these words, sharing his vulnerabilities, and helping others see his point of view, Ryan was showing the world what a leader looks like.

Ryan was courageous enough to use his insecurities and experiences to tell stories that invoked thoughtful discourse and pushed the world to be a better place. Always a man who cared about body positivity, his writing often seemed to simultaneously reassure both his readers and fans that it was okay to look different even when so few other journalists touched on these difficult topics. Known as a bear or cub in the LGBTQ+ community, Ryan would write “Be yourself.” in his critiques listed in the “My problems with the bear community”, an article where he described how he felt that the use of these words, and thereby the body shaming others might feel, was not reflective of the origin of these terms. Days later, when Ryan posted his follow up article, “The Infamous bear article” he again sought to enable others to “be themselves”, in an effort to further his intentions to his readers. Ryan found his calling in this work and would continue to write about topics of body positivity for the remainder of his life. He would even share topless photos of himself to inspire his readers and fans to be themselves.

While the world lost a wonderful, unique, and irreplaceable soul on February 19th 2021, the story of Ryan is not yet finished. The next chapter unfolds as the team at Manhattan Digest seeks to honor his memory by continuing in his tradition. We will do our best to keep the site going in memory of Ryan.

If you have stories that seek to inspire, lead, or otherwise be on the right side of history, please consider becoming a writer for Manhattan Digest and contributing content to the website to keep it a unique and wonderful living memory to the man who touched so many in such a short time.

His family is seeking financial assistance to help with such an untimely passing. If you can afford to help the GoFundMe link is here: https://www.gofundme.com/f/ryan-sheas-life-celebration