Liza Minnelli was once the epitome of New York entertainment. Her unique voice and old school razzle dazzle thrilled audiences since she made her Broadway debut in 1965’s Flora The Red Menace. Yet In the last few years  Minnelli has been out of public view. Apparently, she now spends her time relaxing on the West Coast with her celebrity pals Michelle Lee, George Hamilton, and Darren Criss. Earlier this month, however, the sultana of sequins paid a visit to midtown’s Sony Hall in an evening entitled Liza’s Back! (Is Broken).

END_OF_DOCUMENT_TOKEN_TO_BE_REPLACED 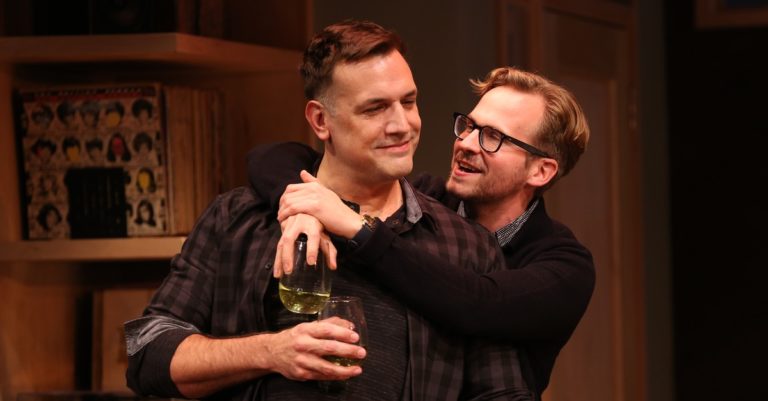 When I saw Daniel’s Husband, I knew nothing of the story in advance, and I believe this fact added to my enjoyment of it. I’m going to detail the story line below, so if you’re inclined to see this play the way I did, by all means avoid the plot spoilers below and go see it with my encouragement. There’s not much time left! END_OF_DOCUMENT_TOKEN_TO_BE_REPLACED 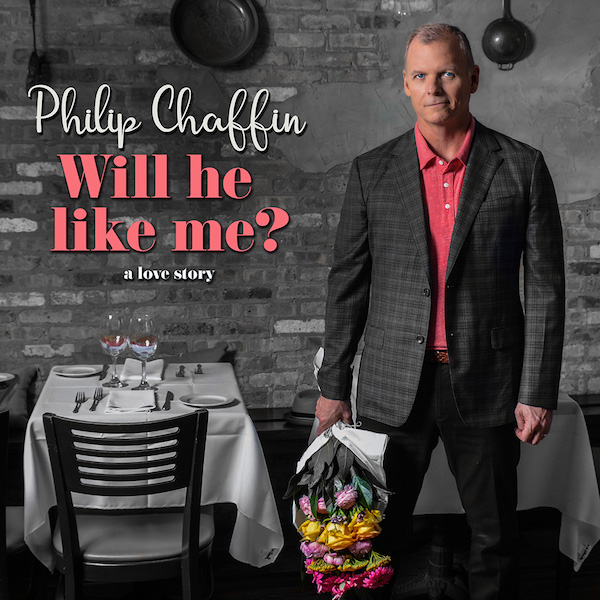 Philip Chaffin has a story to tell. Actually, he has one to sing. The co-founder of PS Classics has recently released an album which spans a life fully lived from the gay perspective–from the nervous first date through the loss of a partner. “Will He Like Me” is a collection of both well-known and rare gems. Produced with his husband Tommy Krasker, the album has been selected as a 2018 NY Times pick for Gift Giving. Times critic Jesse Green wrote,   “Chaffin turns the great songs of love gay, merely by refusing to alter the titles and pronouns. From “When I Marry Mr. Snow,” to “I Got Lost in His Arms,” he tells a familiar story that has never sounded so new.”

END_OF_DOCUMENT_TOKEN_TO_BE_REPLACED 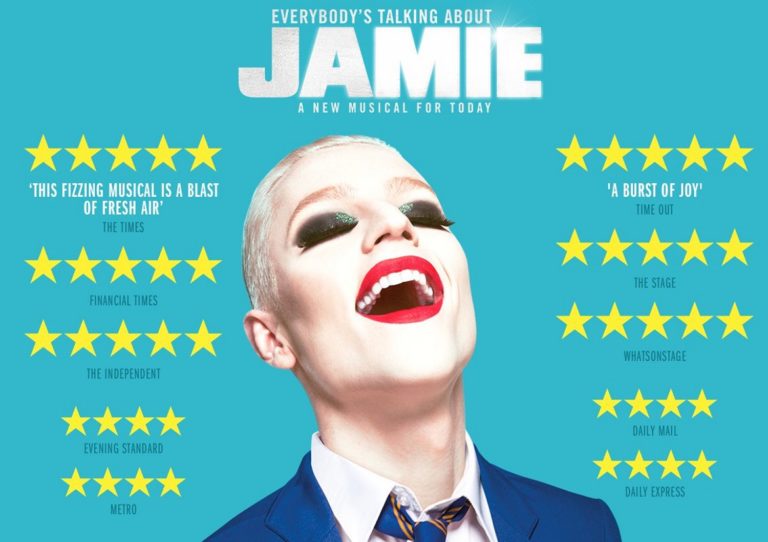 Jamie Campbell may have had to fight to wear a dress to his high school prom, but he certainly didn’t have to struggle for affection during a recent visit to Chelsea. On Monday, October 22nd, Cinepolis Theaters proudly welcomed the British native and his mother, Margaret to Screenvisions’s special VIP screening of the London musical based on their lives.

END_OF_DOCUMENT_TOKEN_TO_BE_REPLACED 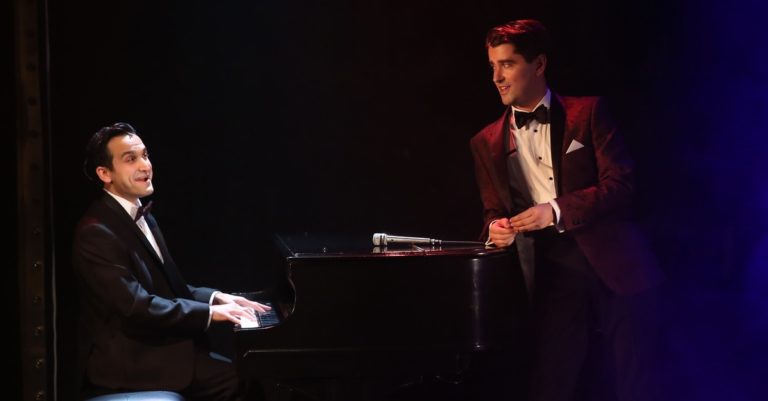 First staged at Don’t Tell Mama, Midnight at the Never Get has found an an ideal home on St. Peter’s stage, where it unfolds like an intimate cabaret show but is in fact a theater piece with an engaging plot. Midnight skillfully weaves the best of both genres into a delightful and heartfelt 90-minute experience of story and song. END_OF_DOCUMENT_TOKEN_TO_BE_REPLACED 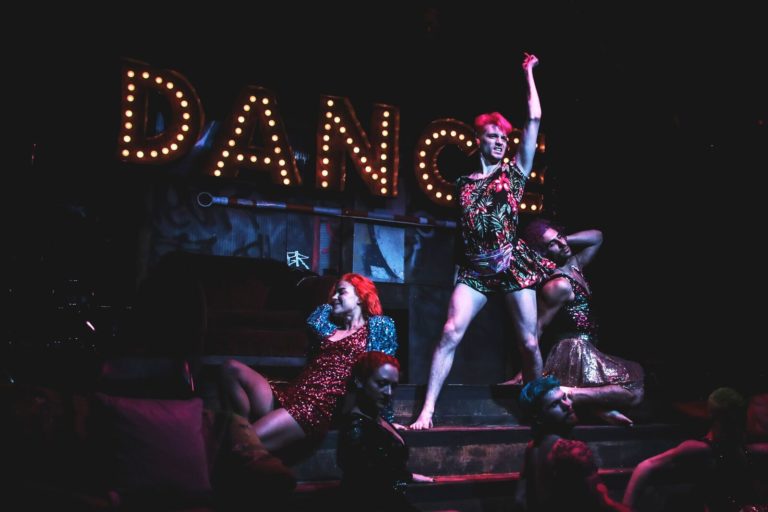 Fucked-up and fierce, fast and furious, funny and faggoty, fabulous and fantastic, KINK HAÜS is strutting its stuff at LaMama Downstairs. END_OF_DOCUMENT_TOKEN_TO_BE_REPLACED 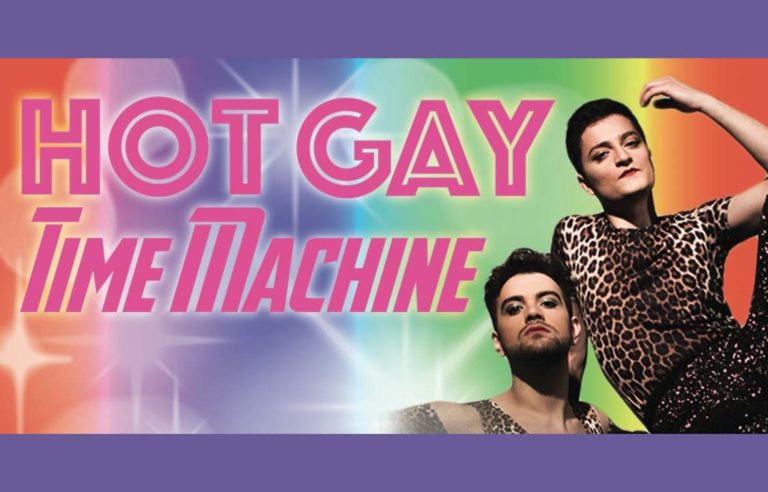 A show called Hot Gay Time Machine probably conjures immediate images of over the top, outlandish, camp behavior complete with witty remarks and dance breaks.  That reaction would be quite right.  Surely a cabaret with long strands of tinsel, two cardboard cut-outs of Beyonce and sets pinker than a Pepto-Bismol plant is all surface and no substance, right? END_OF_DOCUMENT_TOKEN_TO_BE_REPLACED 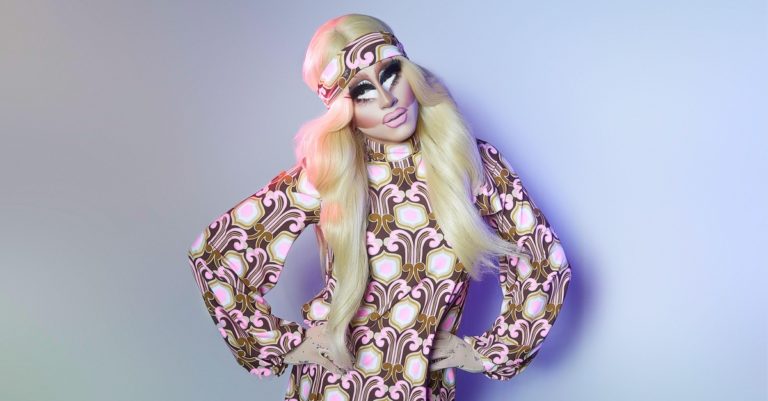 Trixie Mattel’s tour, Now With Moving Parts, has already come and gone in New York City, but there’s still a chance to spend an evening with the reigning RuPaul’s Drag Race All Stars queen, and for a good cause. On Saturday, September 1, Trixie will host Pride Bingo at Atlantic City’s favorite destination for New Yorkers, Borgata Hotel Casino & Spa, currently celebrating it’s 15th birthday with major events throughout the year including concerts with Cher and Britney Spears. END_OF_DOCUMENT_TOKEN_TO_BE_REPLACED 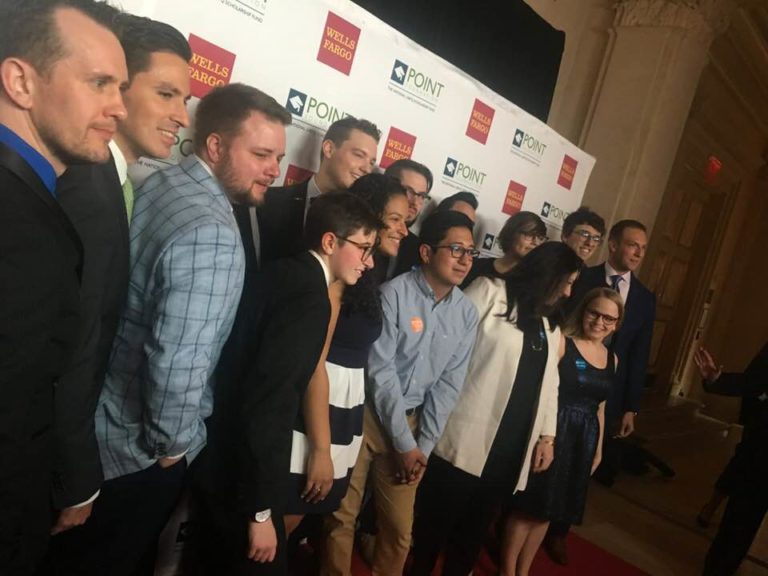 This year’s annual Point Honors Gala – sponsored by Point Foundation, the nation’s largest scholarship-granting organazation for LGBTQ students – was certainly a joyous celebration, despite the heavy air of paranoia that has been gripping the community. Speaker Jorge Valencia even started his presentation by saying, “We are living in a country where we’re told that facts are fake. And if you don’t like the reality you’re living in, all you have to do is choose an alternate one.” Still, the performers all presented confidently, and stressed the accomplishments of people under the Point Foundation banner. END_OF_DOCUMENT_TOKEN_TO_BE_REPLACED “Have you seen Afterglow yet?” I was recently asked by two different friends in two different circumstances over the course of 24 hours. “You need to see it,” they implored. I took that as a sign. END_OF_DOCUMENT_TOKEN_TO_BE_REPLACED