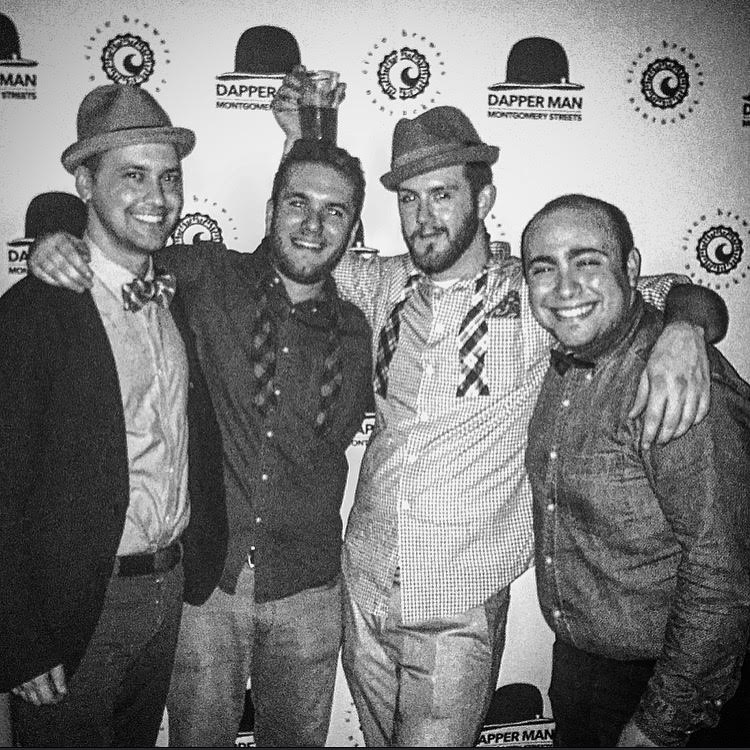 One of our favorite bands in New York, Montgomery Streets, have had quite the busy couple of months.  In late November, they did an epic performance at The Cobra Club in Bushwick to a rumbling audience, and also premiered their brand new song “Dapper Man”, a follow up to “Brooklyn Burning” which was released in July.  Well, Montgomery Streets have now added the illusive video to their impressive resume by releasing one for “Dapper Man” which has already received thousands of views online.
END_OF_DOCUMENT_TOKEN_TO_BE_REPLACED 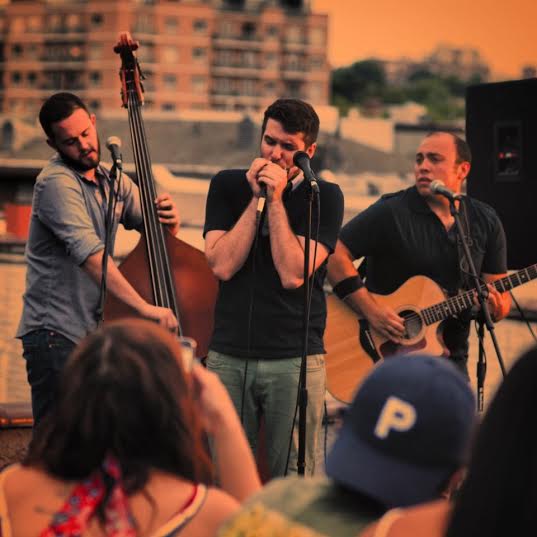 How awesome is it when you are treated to not one, not two, but three things in one day?  That is the plan of action for Brooklyn based acoustic pop duo Montgomery Streets, who will be doing all three for their old and new fans on November 19th with the premiere of their new song & music video for “Dapper Man” as well as a banging concert taking place at The Cobra Club in Bushwick, starting at 7:30 PM.

For those that are unfamiliar, Montgomery Streets is a Brooklyn based acoustic pop duo, compromised of Brian Murray and Anthony Defeo.  Their type of music is described as “introspective, often humorous lyrics… catchy hooks and sweet, sweet harmonies.”  They proved that with the release of their first EP last year called “Damn Girl” which received much fanfare and praise from critics and fans alike.  I also had the privilege in featuring them on Manhattan Digest last year and am quite the fan of their music.

I recently sat down with the emerging pop duo about all of this as well as plans in 2016 and if they are going to drop a full fledged album on us.  Take a look.

So November 19th is going to be a big day for Montgomery Streets!  Can you tell our readers a little more about your show at Cobra Club in Bushwick?

Absolutely, we’re going to have drink specials with Cisco Brewers and Triple 8 Spirits.  Le Bon Jamon will be playing jazz starting at 7:30 for the cocktail hour, where we will have complimentary h’ordeuvres so make sure you show up early!  The immensely talented Carleigh Jade will be playing an acoustic set and then Montgomery Streets will close out the night with some tunes and the premiere of our new video for “Dapper Man” created by Mackenzie Greer.  We’ll be dressing up so we encourage everyone else to do the same, aka #GETDAPPER

On top of the show, you are also premiering your new song called “Dapper Man”.  What was the inspiration behind the song?

The idea behind “Dapper Man” was just the face that everyone puts on when things aren’t going too well in your life… a smiling, put together, confident person straightening their tie as the walls burn down around them.  Everyone has a “Dapper Man”

Does this mean we will be seeing a new album from Montgomery Streets next year?  If so, what can we expect?

Quite possibly, our whole idea behind the single project was to release a single every few months.  We released “Brooklyn Burning” in July and now “Dapper Man”. Hopefully we’ll get into the studio early 2016 to lay down a few more songs.  We may eventually release them all together as an album, it depends on how the pieces fit together.

Getting back into the studio, finally getting some of our cover song videos out, The Grape Room in Philly and the Millennium Music Conference in Harrisburg definitely have us excited about 2016.

Looks like it is going to be a fun night!  Remember it starts at 7:30 PM at The Cobra Club in Bushwick.  For more information on Montgomery Streets, check out their sites below.  Best of luck guys!
Official Site
Facebook
Bandcamp 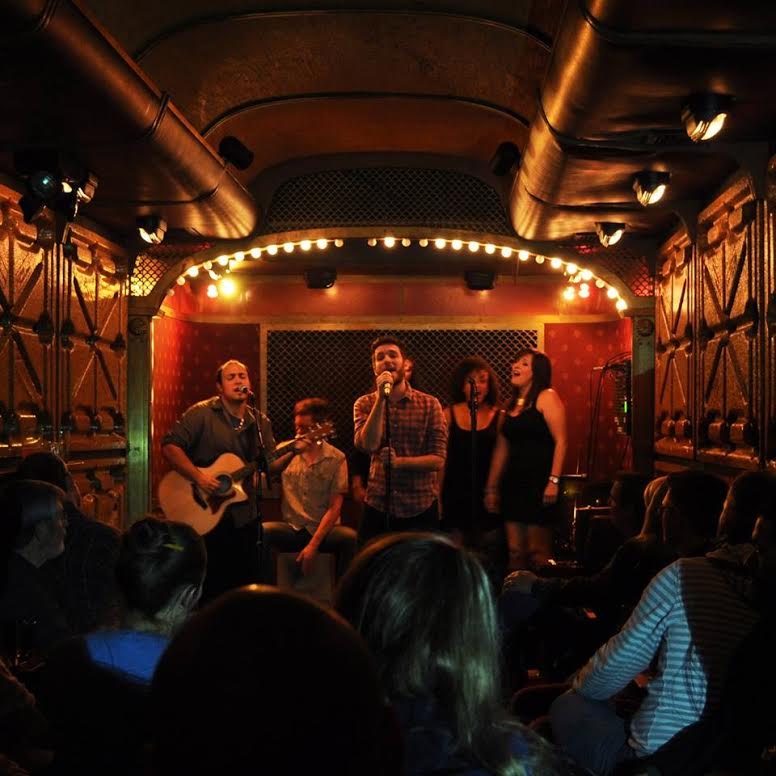 Great bands sometime have to reform and recalculate in order for some type of a formula to work.  For Montgomery Streets, this is a great example of said format.  They originated in a different group called “The Vinyl Addicts” and when that dismembered bandmates Brian Murray (from my high school alma matter Harborfields what what) and Anthony DeFeo formed Montgomery Streets.  Named after the street where they formed the group on, they have successfully made their first EP called “Damn Girl” with the help of Chris Cubeta and GalluminumFoil Studios.  The EP contains authentic acoustic beats yet drives in a full, diverse sound that anyone can get down with.  I recently sat down with the band to discuss the formation, the present and the future.  Take a look.

How did you guys get together?

We met in 2004.  Brian was going to Fordham University at Lincoln Center and his band “The Vinyl Addicts” was looking for a bass player.  Anthony was attending NYU and immediately fit in with the band… when “The Vinyl Addicts” disbanded, we began writing songs on our own and so Montgomery Streets was born…

What made you come up with the name Montgomery Street?

It’s a lame and boring story: Brian was living on Mongtomery Street in Brooklyn when we wrote our first song together… we thought it sounded good pluralized, like a tough cowboy who chewed tobacco and was  much cooler than us… it stuck

How would you describe your sound?

That’s a question we always have trouble answering.  The best we’ve come up with is singer/songwriter with an alternative pop slant haha, if that means anything.  It’s not really a target we’re aiming at, making the song the best it can be is the priority… where we fit comes later.  We’re on a mission to reclaim pop music, there was a time that the genre didn’t leave such a sour taste in everyone’s mouth.  Popular music can also be good music… we swear!

Who do you draw inspiration from music wise?

Tell me about your recent music efforts and the music you put out.

We released an EP in December entitled “Damn Girl” produced by Chris Cubeta at GalumniumFoil Studios in Williamsburg (Savoir Adore, Elizabeth & The Catapult, Wakey!Wakey!). The EP features Spencer Cohen on drums and Chris Cubeta on guitar/keys.  It was a big step forward for us, hiring other musicians and rounding out our sound.  We were proud of the songs and wanted to see them fully realized… GaluminumFoil Studios was a big part of that.

Do you have a favorite record you have made?

That’s hard.  “Change” was big because we had this idea in our heads of what we wanted it to be and it was ambitious for us but it came together so nicely… “The One Who Got Away” for the exact opposite reason… we could have gone bigger but we stayed true to it’s simplicity.

What’s your take on the music industry nowadays?

It’s easier to get your music heard but even harder to get paid for it.  There’s so much available online for free that people expect it now… although the pay what you will model has worked well for us… people give more than they need to more often than not.

Do you feel bands and alternative don’t get the respect that they used to?

No… there are bad people in the business and good people just like there have always been.  There’s so many talented people out there playing and writing music, there’s always someone waiting and ready to do what you do for half the money and without the attitude. So unless you’re already famous, be good to people haha

If you could open for one act, dead or alive, who would it be and why?

What are your plans for the future with the band?

Hopefully another music video some time this summer and a new EP after that… We have some newer fan favorites like “Ninja Turtles and Pixie” we’d really like to get down.  We have some festivals coming up in Philadelphia and the Jersey Shore!  And a great outdoor BBQ and Beer show at The Silent Barn in Bushwick on May 17th!

If you had one mission statement you could share with our readers what would it be?

We write songs that stick in your head and hopefully make you think a  little more than average piece of bubble gum.  We don’t think Pop music and intelligent, relatable stories are mutually exclusive.

Want to know more about Montgomery Streets?  Check out their links below for more details on their epic awesomeness!