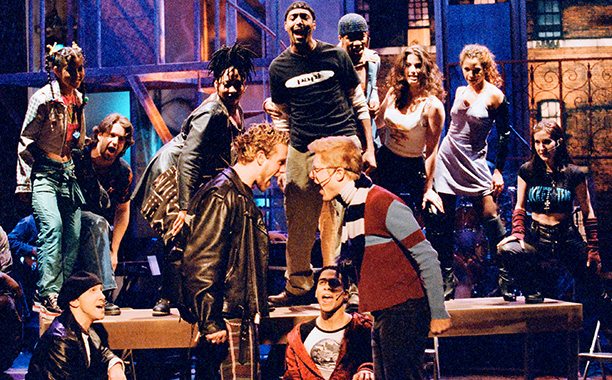 New York City, Manhattan more specifically, is a great place to be for so many things and there is endless options with what one can do for a weekday or a weekend.  Even though we are supposed to be getting hit with 5-8 inches (and not in the good way, tee hee) of snow this coming weekend, it shouldn’t mean that we are going to keep ourselves locked in our apartments with Ramen noodles and episode 5 of Making a Murderer!  Here is where we think you should go to this coming weekend for fun, entertainment, and more in Manhattan.
END_OF_DOCUMENT_TOKEN_TO_BE_REPLACED 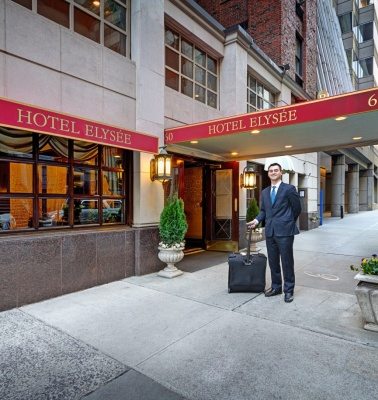 The Hotel Elysee is a huge favorite of ours here at Manhattan Digest, to the point where we actually featured them as one of the top hotels in Manhattan only a little time ago! With so many different amenities that they provide such as spacious rooms, delicious continental breakfast and their wine & cheese reception happening daily, there is so much to love about Hotel Elysee I can totally see why TripAdvisor has them listed as the best of the best in the greatest city in the world.  Well with the busy holiday season coming up, Hotel Elysee wants you to feel even more welcomed than you already would be with some amazing package deals that would make your stay in New York City even better!

If you book and prepay your reservation for the months of November 2015 and January & February 2016 for only 2 nights or more and receive 2 complimentary VIP tickets to MoMA, just around the corner from the Hotel Elysée! MoMa is world renowned and is a place that we have featured on Manhattan Digest before.  It is a place that I recommend anyone stopping during their visit to NYC and all you have to do is book two fabulous nights at Hotel Elysee in order to get their VIP treatment!  How amazing is that?

Rates based on availability. Two night minimum stay required. Booking must be prepaid and is non-cancellable.  Only available during the months of November 2015 and January & February 2016. Offer only available for a limited time. Other restrictions may apply.  See above for a beautiful photo of the Hotel Elysee staff at MoMa’s Warhol exhibit.

For more information on booking and anything else related to Hotel Elysee, check out their official site.

We are often accustomed to think about design in light, happy terms. Design is a way to shape the built environment in beautiful and functional ways. However, design can also be viewed as a creative act of destruction. Design and Violence, an online curatorial project at the Museum of Modern Art (MoMA), is currently exploring this relationship.

In the 1971 book, Design for the Real World,Victor Papanek writes, “There are professions more harmful than industrial design, but only a very few of them.” Papanek was a designer and educator who advocated for social and ecological responsibility in the design of products, tools, and community infrastructures.

Designers, whether architects, fashion gurus, or web developers, create new ways for people to interface with reality. In doing so, they play a major role in reconfiguring society and culture.

There are two main questions posed by Design and Violence. How is violence embedded in design? And how does design impact society’s idea of violence?

The curators invite experts from a wide range of fields (science, literature, philosophy, journalism, and politics) to comment and theorize on the relationship between design objects and societal violence.

The project defines violence as “a manifestation of the power to alter circumstances, against the will of the other and to their detriment.”

One example of such a manifestation of power is gentrification—in which entire communities are displaced through interdependent socioeconomic and cultural shifts in design.

The curators at Design and Violence have mostly collected objects designed after 2001, to signify the paradigm shift that occurred after the 9/11 attacks. One case study was performed on the box cutter/utility knife, due to its role in the 9/11 plane hijackings.

Other concepts that have been explored by the project include the global shift from symmetrical to asymmetric warfare, as well as the development of cyber-warfare.

There are seven thematic categories through which the curators organize objects—Hack/Infect: disrupting the rules of the system; Constrain: binding, blocking, and distorting; Stun: causing blunt trauma; Penetrate: infiltrate the boundaries, breaching; Manipulate/Control: drawing into the realm of violence with suasion; Intimidate: promising damage and death; and Explode: annihilating visibly and completely.

The most mundane of objects can be the subject of a Design and Violence case study. Take a look at Daan van den Berg’s Merrick Lamp. According to the curators, ‘virus’ is a versatile term that can mean an infecting agent for either biological life or computer files. This fact led van den Berg to hack CAD files, 3-D printing a mutated IKEA lamp named after “Elephant Man” Joseph Carey Merrick.

Andrew Blauvelt, Senior Curator of Design, Research, and Publishing at the Walker Art Center, calls the Merrick Lamp an act of “aesthetic terrorism.” It serves as a subversive commentary on the industrial homogeneity perpetuated by corporations like IKEA.

The Design and Violence website also acts as a forum for design experts to critique each other’s ideas. For example, the Republic of Salivation by Michael Burton and Michiko Nitta is a project that imagines a dystopian future of food shortages, rationing, and synthetic feeding devices. Philosopher and sustainability advocate John Thackara recently critiqued the Republic of Salivation, on the basis that the global food crisis can be solved in more holistic, environmentally conscious ways.

Design and Violence is an ongoing experiment, with no definite end scheduled. The second phase of the project, currently under development, is its Google Earth extension. This phase will enable users to locate the physical location of each object within the collection, allowing for more traditional viewing of the artifacts. 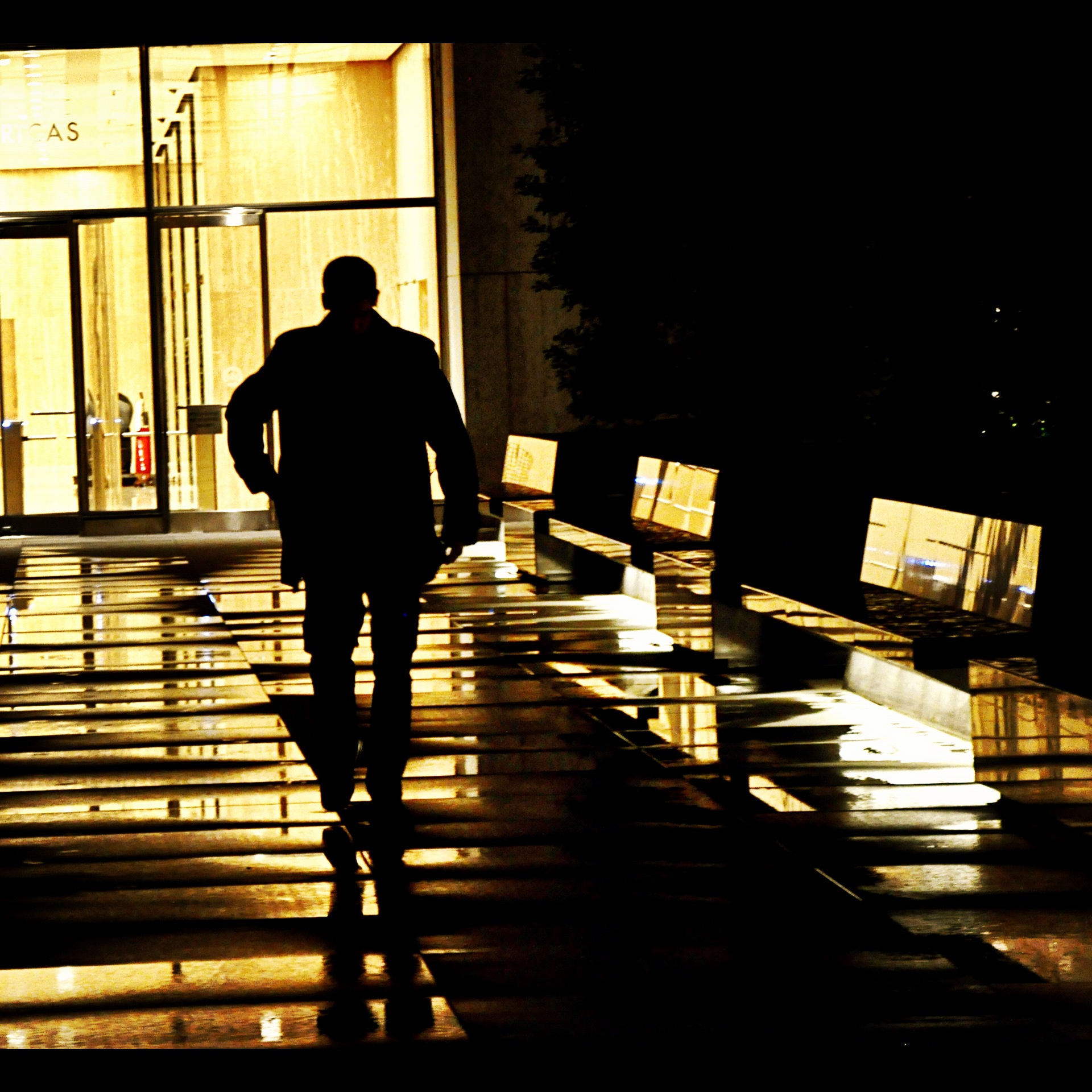 To capture the people of New York City in photos is to indeed document the very soul of the most complex yet beautiful places in the world. The 2011 Census estimates there are 8,244,910 people and 800 languages spoken in New York City.  Ask each individual what New York City means to them and you will probably receive 8,244,910 different answers in whatever of the 800 languages they are speaking. There is no more unique place on Earth and that uniqueness comes from the people here.

It’s easy enough to see that the city is not only made up of people, but the experience of life here is made up of their moments.