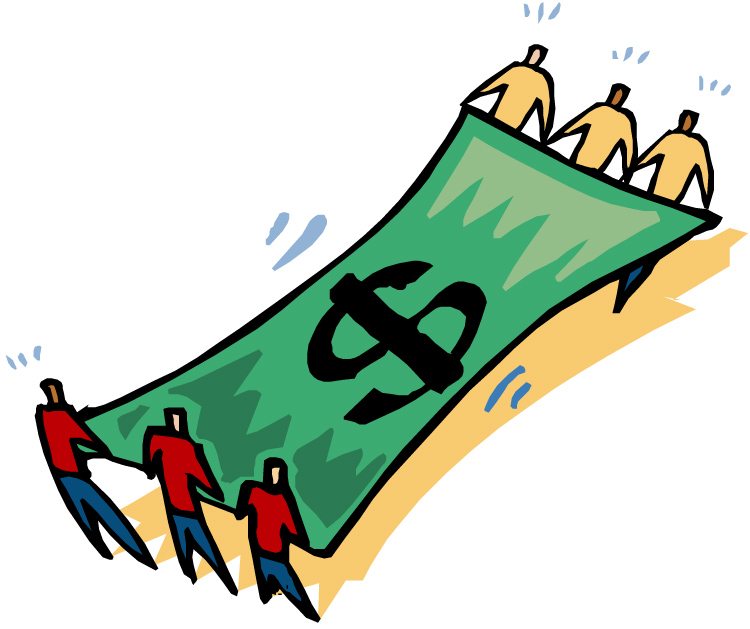 HonestFrugalChaos decided to have a little fun with how to be and signs you are a Frugal-Fashionista.  Humor and no filter honesty is what HonestFrugalChaos is all about.  If you can’t laugh at yourself and at life, well then, buckle-up babe because life is going to be a lot bumpier ride than need be  for you. Hate to be the bearer of bad news, but it’s the truth.

END_OF_DOCUMENT_TOKEN_TO_BE_REPLACED 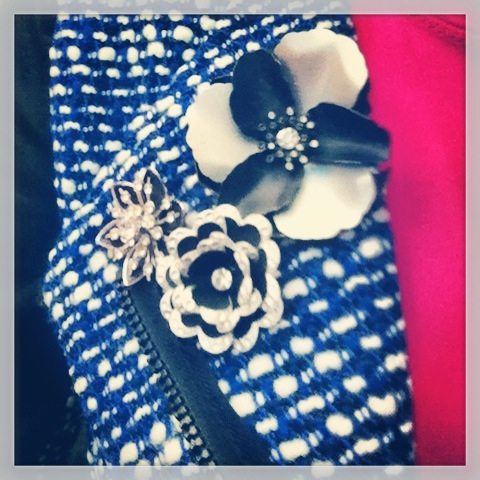 A ‘bit too much’ jewelry styled outfit is a love of HonestFrugalChaos… called the Gaudy Grandma style. If done right (by avoiding the ‘I’m wearing all the jewelry I own’ look) it can actually be a very fabulous look. Think of it as if your Grandma raided your closet but still piled on the clip-ons and pins for the early bird special! It flirts with ‘over the top’ which is why I love it!

END_OF_DOCUMENT_TOKEN_TO_BE_REPLACED 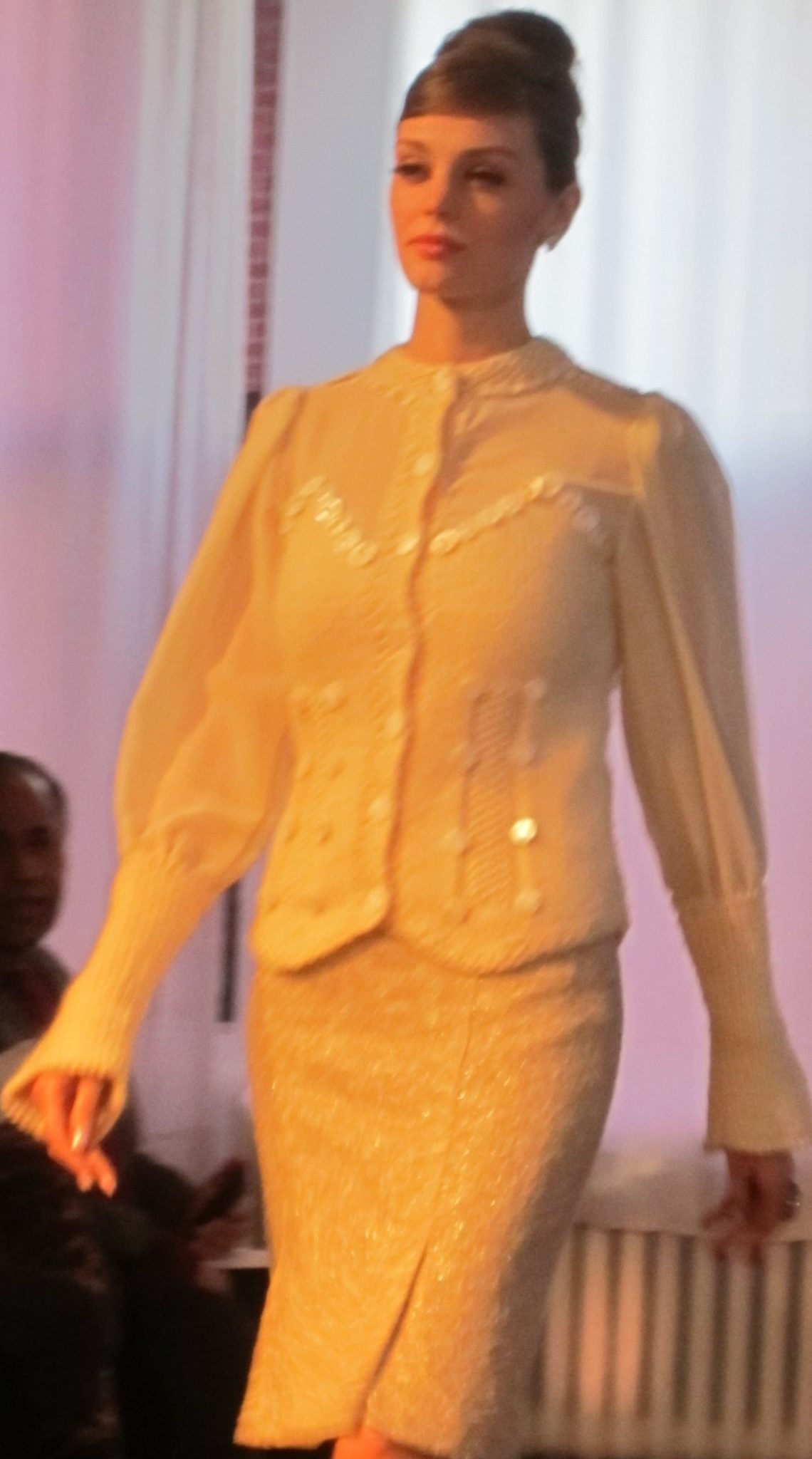 Bravo Jane and Anna.  Bravo.  Timeless, stunning touches of detail, and superb craftsmanship is what Janeration’s Ready-To-Wear hand knitted collection is bringing to the table for 2013. The Cashmere Touch collection is about color, embellishments, leather, textures, crocheting,  and above all beautifully executed pieces. END_OF_DOCUMENT_TOKEN_TO_BE_REPLACED 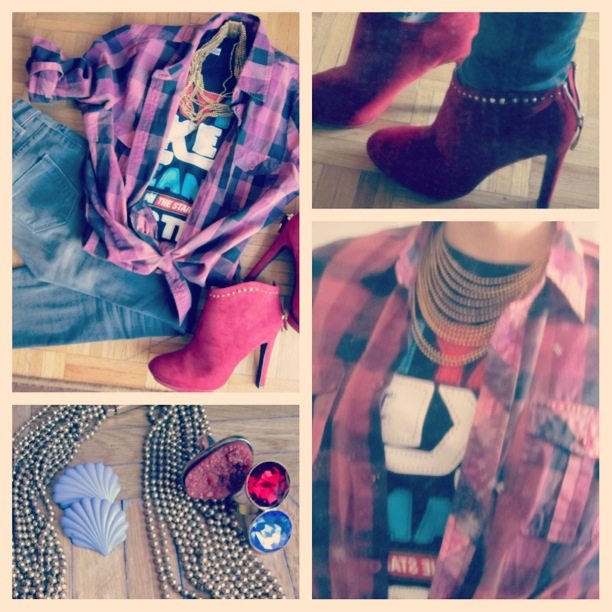 Nothing is more unhealthy and so last season than being a Repeat Outfit Addict.  HFC’s Repeat Outfit Addict is a babe who goes through the motions of wearing the same outfits with the only creativity of figuring out when she wore it last. FASHION TRAGEDY!   END_OF_DOCUMENT_TOKEN_TO_BE_REPLACED 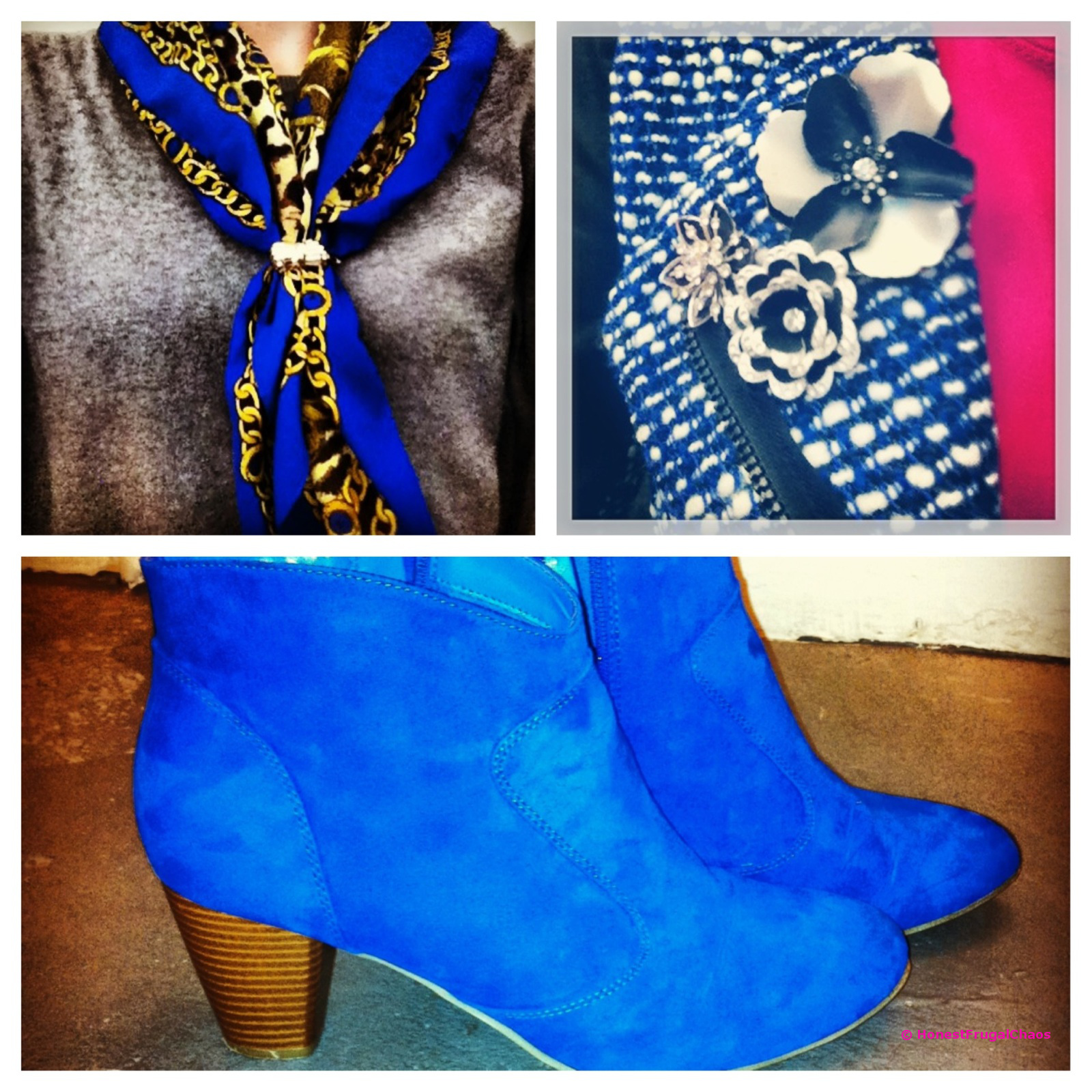 HonestFrugalChaos is about to shake up Manhattan with these fashion tips from my HFC signature style. Enjoy yourself and hopefully these tips will inspire you and your style!

END_OF_DOCUMENT_TOKEN_TO_BE_REPLACED 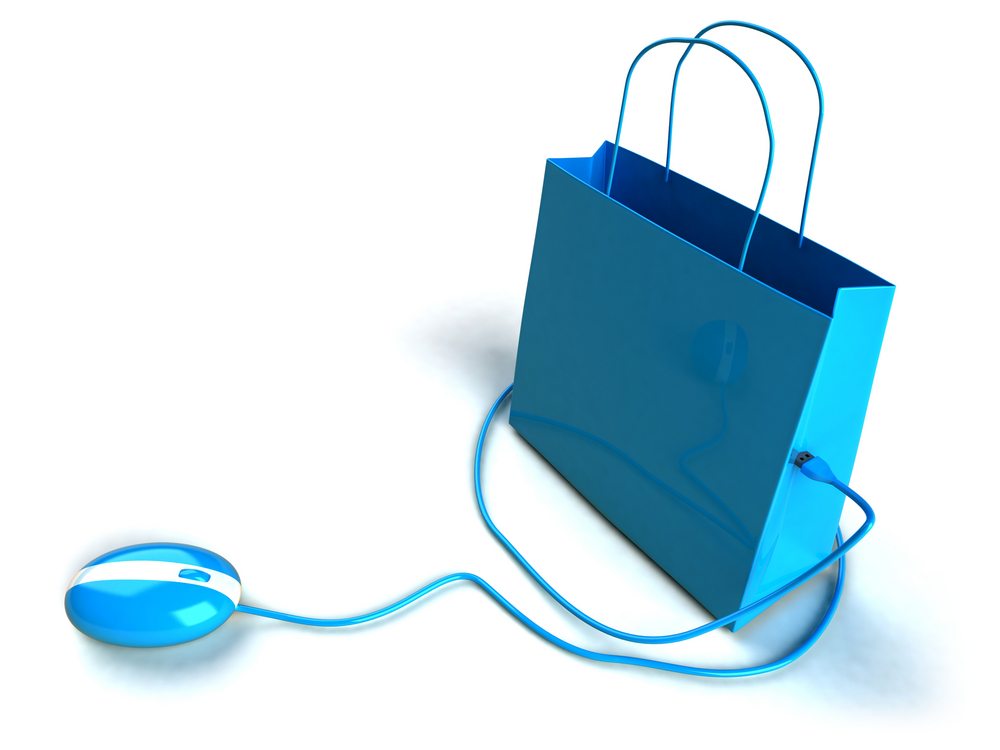 Hello fellow fashion lovers.  My name is Jessica and I am an online shopping addict. Well kind of, my new obsession this year is online shopping.  With so many apps for your phone and shopping websites it’s easy to “ball on a budget.”  I decided I should share some of my favorite online shopping finds with all of you. 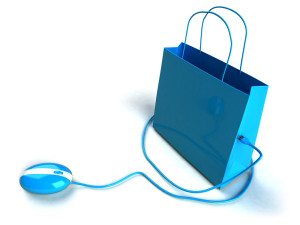 First of all, my favorite iPhone app for shopping is WANELO.  It is free to download and displays pictures of trending items daily.  It’s kind of like Pinterest (another addicting iPhone app) but you actually get to buy the amazing finds.  Prices on WANELO items vary because they are posted off of many shopping sites.  But if you are determined you can weed out the bargain buys.

Recently my preferred place to do my online shopping is www.Amazon.com.  Amazon has EVERYTHING!  I always thought Amazon was just books, but I just discovered the array of products you can purchase on the website.  I bought most of my Christmas presents from Amazon.com, everything from jewelry to clothing to toys for my brother.  Amazon offers free shipping and most orders ship immediately and get to you quickly.  My most current buy was a teeth whitening gel and UV light.  I will let you know how white my teeth get.

Another incredible online shopping site is www.Storenvy.com.  Storenvy is like the Wanelo app, on the iPhone, except it is online and everything on there is reasonably priced.  The goods on Storenvy are from merchants around the world, so the selection is considerable and the fashions are unique.  Storenvy exhibits products for women, men, and babies.  They also market art, media, and tech gadgets.  I have bought numerous items I discovered on Storenvy and have no grievances.  Although the delivery time can be pretty long when you purchase from out of the country, the products have all been perfect!

To end with, my latest discovery is www.Tidestore.com.  Because most of the items are sold as wholesale items TIDESTORE is an online clothing store that can sell clothes at inexpensive and affordable prices.  Some of the items must be purchased in large quantities but most do not.  This is one more site with clothing from around the world.  I recently received an oversized gray, turn down collar, hoodie and am absolutely in hoodie heaven.  Thus far, Tidestore.com has met all of my online shopping needs and desires.

My online shopping addiction has not caused any negative repercussions, yet, and because of the aforementioned apps and websites, has not made a huge dent in my bank account.  I recently gained weight and shopping for new clothes, which fit and look good, has helped me accept my new shape.  I hope you guys got something from this and feel free to comment any sites I haven’t tried or your feedback with the ones I mentioned. 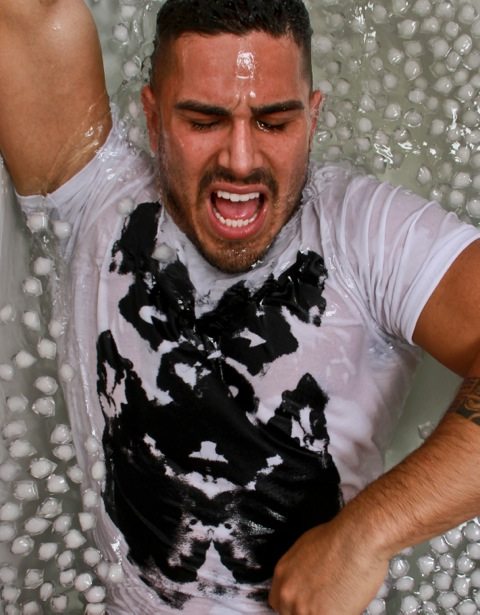 If you live in New York City or are visiting, there is always the option to go to a variety of amazing clothing stores, both ones on a national level and ones that are local to the greatest city in the world.  As great as the national ones are (and not so great) there happens to be one particular store located in the heart of Chelsea that gets it in many ways.  What do I mean by it?  Eye-catching, edgy, fashion-forward and above all customer service at its best.  I am talking about none other than Nasty Pig, which is celebrating its 20th year in business next year.

I started going to this store roughly two years ago when I moved back to New York City from Rhode Island where I went to college.  The store is moderately sized yet at the same time doesn’t need to be huge and have a zillion signs to get people to buy their stuff.  It speaks for itself with the decor and amazing fashions that they have.  I call it “kink meets edgy” because a lot of their clothing can work in a variety of venues yet still have a unique edge to it.  They have a fantastic use of color and the pattern work is truly amazing.

The clothing ranges from the norm such a t-shirts, pants, sweaters, etc but it can go into a completely different realm with a variety of jockstraps and rubber gear as well.  If you are local to NYC and happen to be going to, oh let’s say Boxers or Gymbar, they will have you covered.  At the same time, if you are going to a particular night at the Eagle, they have stuff for that too.  It really is versatile and have great pricing at the same time.

Overall, especially coming from someone who worked in customer service for 3 billion years, this store tops in in terms of that aspect.  When people think of Chelsea, something that always comes to mind is bad attitudes amongst gay men, which happens to be true to a certain extent.  Not in this situation.  You are always greeted when you walk through the door and they are always willing to make that extra step and help you out.  Go see guys like Jay and Chris for example.  You won’t be let down.

Dave Hughes, the VP of Marketing and Public Relations at Nasty Pig, had this to say about 2013-  “In 2013 Nasty Pig has big plans to keep the serious growth we’ve experienced in the last two years going. At our NYC flagship we’re going to continue to offer our popular Choice Cuts limited edition items, and this year the line will expand to include hyper-limited-edition swimwear; we know that Nasty Pigs all over enjoy their time at the beach, so our swimwear program will also be extended to our wholesale accounts and website customers. Without getting too deep into the details, this spring we will partner with a major NYC-based LGBTQ charity on a project that we hope will raise a lot of money and a lot of awareness for some of our community’s most at-risk members. Additionally, we’re going to follow up the successful launch of our #iamNASTYPIG campaign with new video content throughout the year. And of course we’ll keep releasing plenty of hot gear that gets our customers laid, including our largest Spring/Summer collection ever and plenty of hot new underwear.”

So as stated before, if you are local to the NYC area, go and check it out.  If you happen to be far, go on the site.  You will not be disappointed. 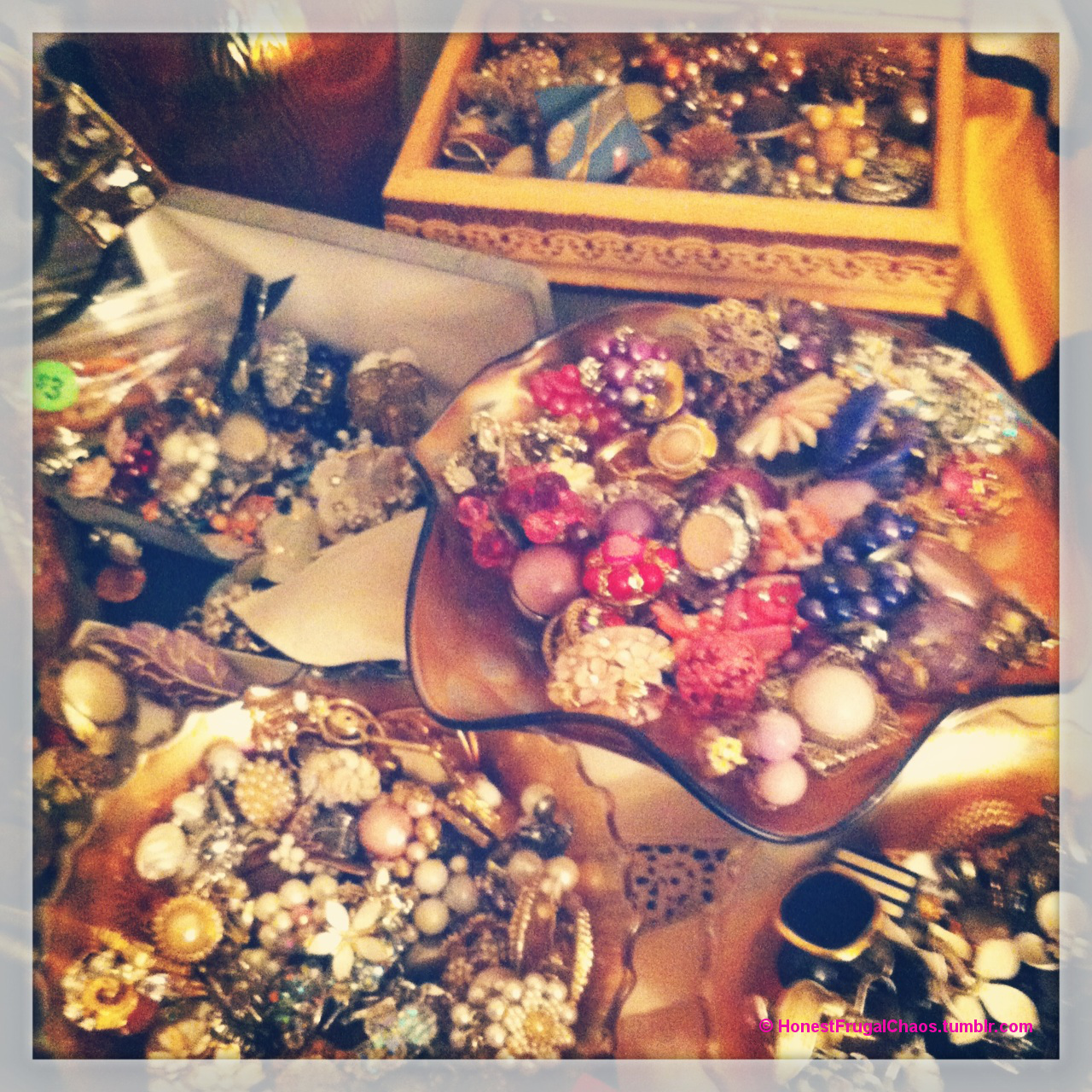